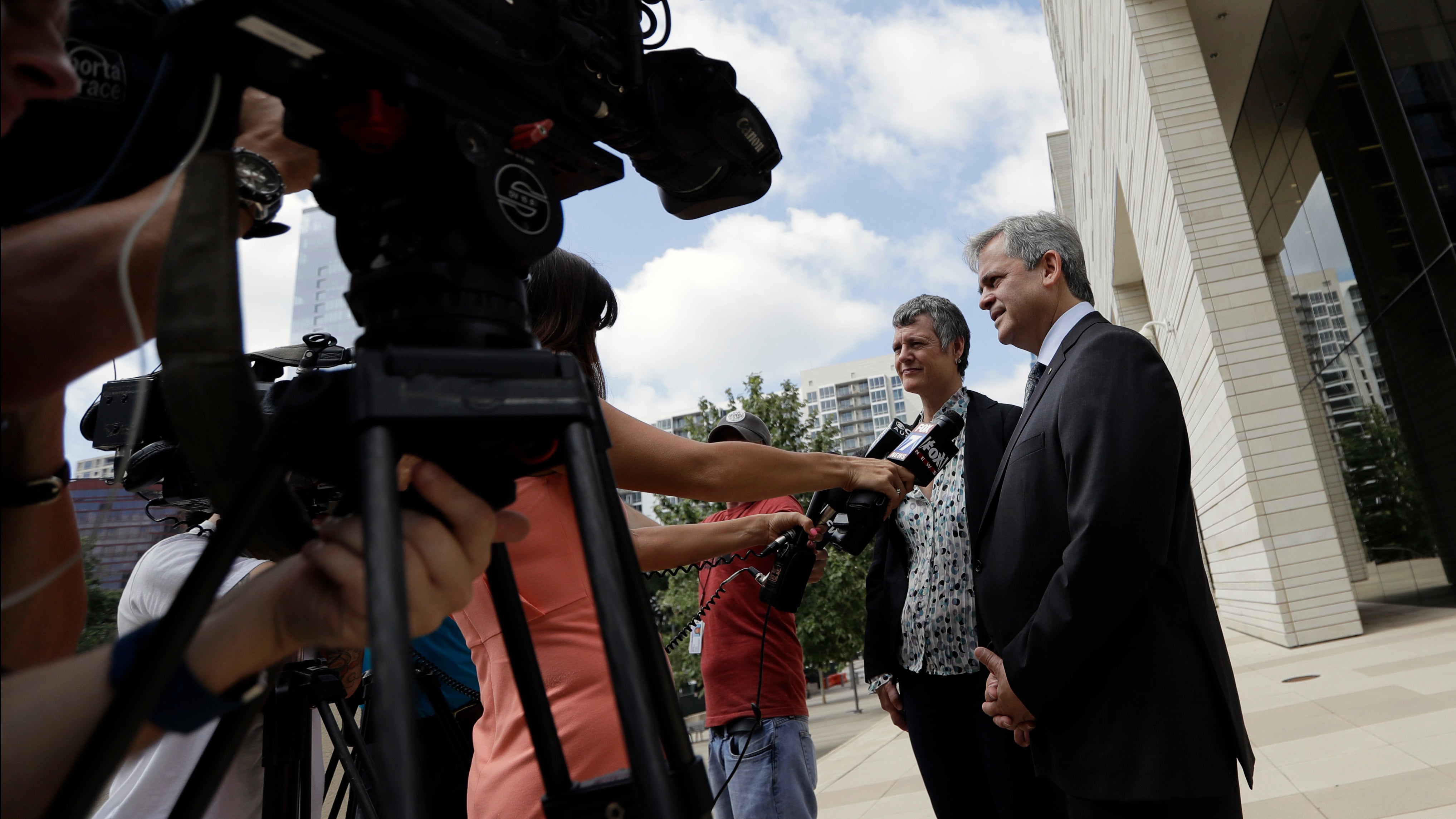 More than 100 US mayors have signed a pledge to hold internet service providers accountable for net neutrality violations, despite the FCC’s vote to repeal the regulations late last year.

The pledge, initiated by Mayors Bill de Blasio of New York City, Steve Adler of Austin, and Ted Wheeler of Portland, promises that cities will refuse to do business with ISPs that violate net neutrality standards.

The mayors, brought together by a coalition of open internet advocates, including Free Press, Demand Progress, and Daily Kos, have accused FCC Chairman Ajit Pai of caving to corporate interests by giving companies such as AT&T and Verizon the power to “block, throttle and slow access to sites and services at will.”

In December, the FCC’s Republican majority voted to overturn the agency’s 2015 net neutrality rules, which banned ISPs from blocking or throttling legal online content, or creating so-called “fast lanes,” whereby companies pay ISPs to have their content delivered at greater speeds to customers.

A complete list of the cities taking the pledge is available on the campaign’s website. At time of writing, nearly 80,000 letters have been sent urging mayors across the country to participate.

“The FCC’s massively unpopular decision has sparked a national movement to demand the return of real Net Neutrality,” the site says. “Millions of people across the political spectrum are taking action in the streets, at their statehouses, outside the FCC and before Congress.”

Net neutrality advocates are combating the FCC in other ways. Using the using the Congressional Resolution Act (CRA) process, Democratic lawmakers and activists are hoping to restore the Obama-era regulations and force the FCC to reclassify broadband under Title II of the Communications Act. The CRA allows Congress to reject federal regulations approved by federal agencies within a 60-day window.

In the Senate, 50 lawmakers support the CRA. Only one more Republican is needed to pass. Activists have launched a campaign aimed at convincing Congress that the net neutrality issue will play a significant role in this year’s midterm elections. At last count, 57 votes were still required in the House.

The filing deadline for groups interested in suing the FCC over the repeal expired earlier this week. Numerous organisations, including Free Press, Mozilla, Etsy, Public Knowledge, and the National Hispanic Media Coalition, have joined the suit, which has been consolidated in the DC Circuit. Last week, INCOMPAS, a trade organisation representing several small telecom companies came onboard.

Parties interested in intervening in the lawsuit, not suing themselves but asserting their right to weigh in on the case, have until May 23 to file.

Tim Karr, senior director of strategy and communications for Free Press Action Fund, said in a statement that meanwhile local leaders are “forming a bulwark” to defend net neutrality. “On average, more than three city mayors are signing the Cities Open Internet Pledge each day, with more expected to join throughout the spring and summer,” he said.