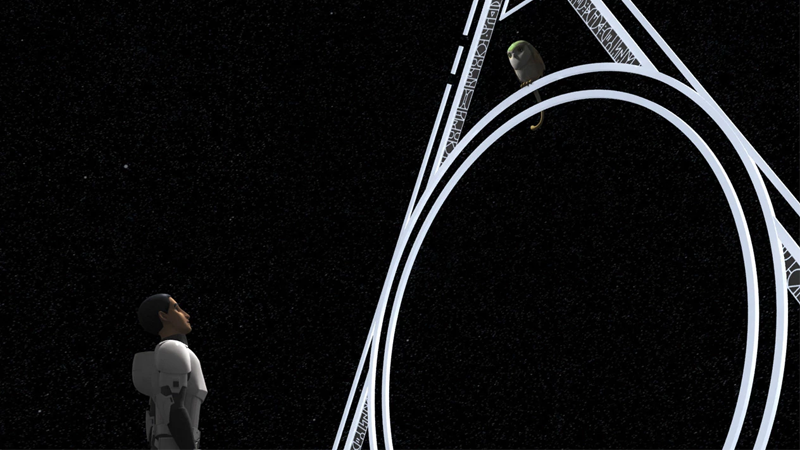 Video: Last week’s penultimate episodes of Star Wars Rebels introduced us to a wild new concept within the current canon of the galaxy far, far away – one filled with references to Star Wars‘ past and future. This neat edit of a few key scenes makes those references explicit in a pretty satisfying way.


Ezra Bridger (Taylor Grey) gazes out into the stellar planescape of the World Between Worlds. Screenshot: Disney XD

And, obviously, if you’re not caught up before this week’s series finale, then…

Ezra’s experience in the “world between worlds” threw out some pretty wild concepts, such as essentially canonising quasi-time-travel into the Star Wars galaxy. But the scenes with the young Jedi in that mystical astral plane were also jam-packed with subtle references to Star Wars‘ past, present and future to further accentuate that timey-wimey feeling, in the form of whispery voice snippets from Clone Wars, Rebels and the Star Wars feature films.

YouTube lore channel Star Wars Explained rooted out the source clips for each one of those whispered lines of dialogue in the episode and added them into the Rebels sequences as hazy, dream-like visions. As well as helping you notice where they each came from – I didn’t realise at first that there’s lines from Jyn Erso and Poe Dameron in there, the only non-Force users included – it makes those connections much more tangible.

It works really well within the scene, even with the occasionally jarring blend of CG cartoon characters and live-action from the movies.

This episode was already mindblowing for what it added to the Star Wars saga, but could you imagine how much crazier it would have been if these references were shown as well as heard like this?

Star Wars Rebels airs its series finale today on Disney XD in the US, and we’ll have much more on that later this week.