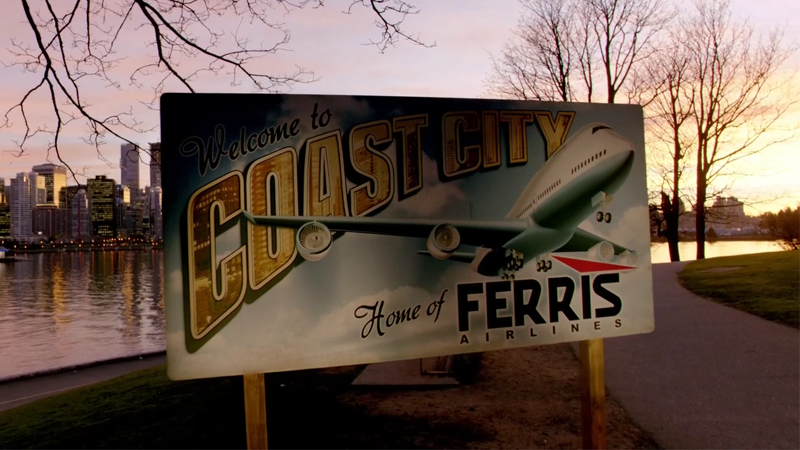 For the past few years, Gotham has given us a… let’s say unrestrained look at what the titular city was like before Bruce Wayne donned his cowl as the Dark Knight. Next year, there’s Metropolis, a pre-Superman saga revolving around Lois Lane and Lex Luthor. (And let’s not forget Smallville.) But what other city-based prequels could the DC Universe give us? Here’s our suggestions.

Though she’s the daughter of the owner of Ferris Aircraft, one of America’s leading aeronautics companies., a young aerospace engineering graduate named Carol is determined to make her own career. But when her father becomes ill, she’s compelled to come home and help with the family business. Her situation gets worse when she finds herself at odds with one of Ferris’ hotshot test pilots, Hal Jordan, who will one day become the Green Lantern, presumably in the series finale. Think of the show as having an office-drama-meets-Top–Gun vibe, but with increasing scifi elements throughout the series, presaging the eventual arrival of the Power Ring-bearing alien Abin Sur. 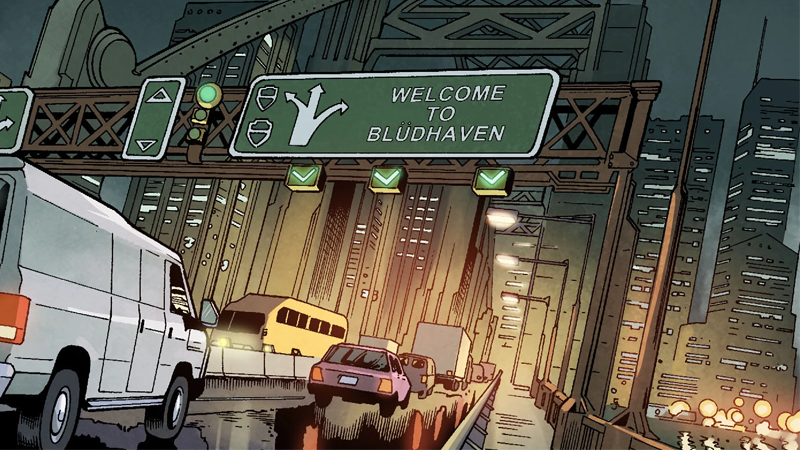 When Dick Grayson resigned as Robin to start his own superhero career as Nightwing, he travelled to Blüdhaven, which Wikipedia describes as “Gotham’s neighbouring municipality” and a “former whaling town-turned-industrial center.” A Blüdhaven show would be tricky, seeing as how there’s basically no one of interest in the city until Nightwing shows up in the comics, and these city-based shows need to be prequels, so things would need to be a bit fudged. So: Dick, having just resigned as Robin, decides to find his own identity. When a bunch of dead Blüdhaven gang members wash up on Gotham City’s shore, he goes to investigate and decides to move there, which actually also happened in the comics. The show would basically be about him fighting crime as a vigilante, but he would be doing that after he stopped being Robin and before he decided to adopt the name and costume of Nightwing, which of course he would do in the final episode. 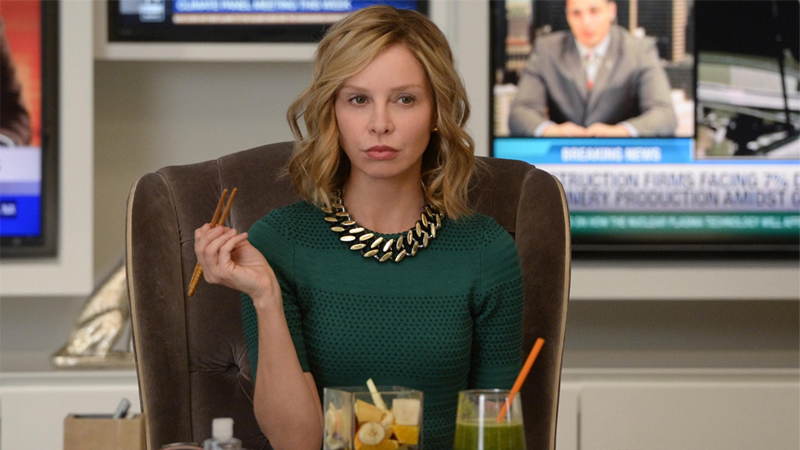 Yeah, the city Supergirl calls home technically already has a show called Supergirl, but it’s not a prequel, which would of course need to be titled National City. But there’s plenty of potential for a show set there before Supergirl makes herself known – or maybe before Kara Danvers even arrives in the city – and that’s because of Cat Grant. Giving Callista Flockhart her own series as the CEO and founder of the CatCo media conglomerate would be incredibly welcome after the scene-stealer became an occasional guest-star on Supergirl following its move to the CW, but also incredibly entertaining. I mean, imagine the self-important media aggrandizement of The Newsroom, but with Grant managing a staff filled with bloggers who are desperately annoyed that Metropolis gets all the easy stories about some dude in a cape who wears his underwear outside his spandex costume. 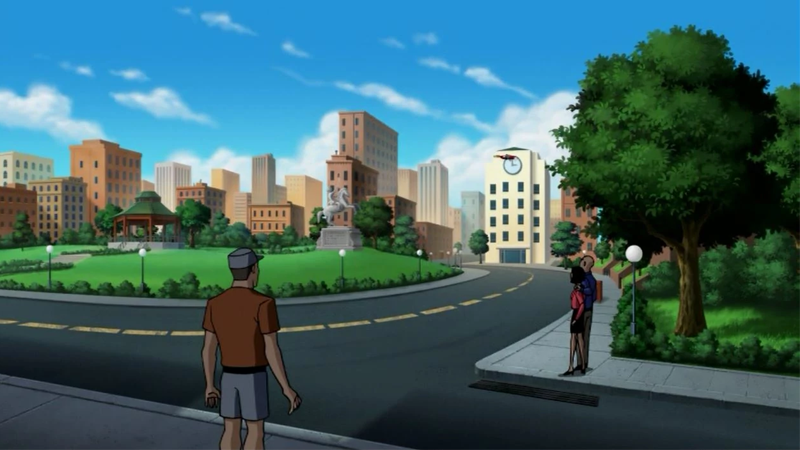 This is the home of Billy Batson, the kid who becomes the hero Shazam when he yells, uh, “Shazam.” A prequel would basically just be a show about a young orphan, but with the extended Batson family – Billy’s twin sister Mary, his friend and classmate Freddy, and a variety of foster siblings. That’s a lot of kids to go on adventures and help other kids throughout the city, which might be a show that airs on Nickelodeon, but would likely be plenty popular with children. It could also be an animated series on Cartoon Network, but at that point you might as well do a straight-up Shazam TV show. 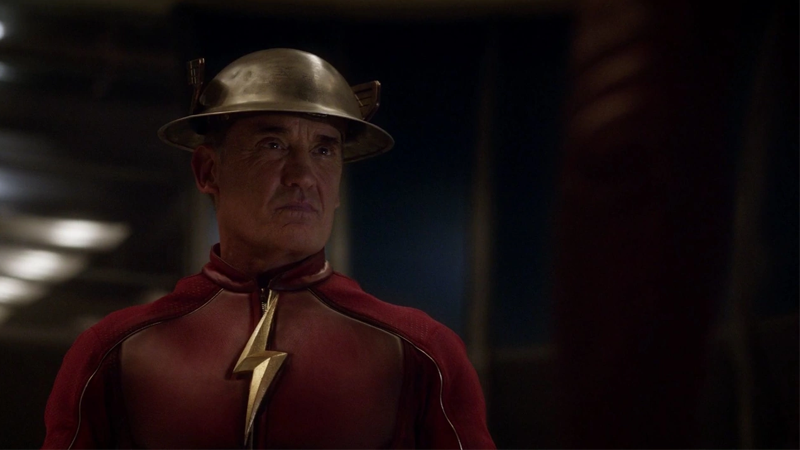 John Wesley Shipp as the older Jay Garrick on The Flash.Screenshot: The Flash (The CW)

I’m not gonna lie, I struggled to think of something to do for the ancestral home of both the Golden Age Flash Jay Garrick and the Silver Age version of the Flash’s sidekick Wally West’s versions of Flash, just because there’s no real way to do a prequel that incorporates both heroes before they become speedsters. So why do one? The first Keystone City show is a period piece about a college kid in the 1930s named Jay who gets speed powers after a smoke break (really), and must learn to use them for heroic purposes and solving old time-y crime instead of for the university football team. Keystone City: The Silver Age is about a 10-year-old in the 1950s who gets speed powers while visiting his negligent uncle Barry’s crime lab (getting in the exact same chemical accident that made Barry the Flash), and also fights slightly less old time-y crime while trying to prove to his uncle he’s ready to be a sidekick, also while dealing with his Leave It to Beaver-style family and their shenanigans. 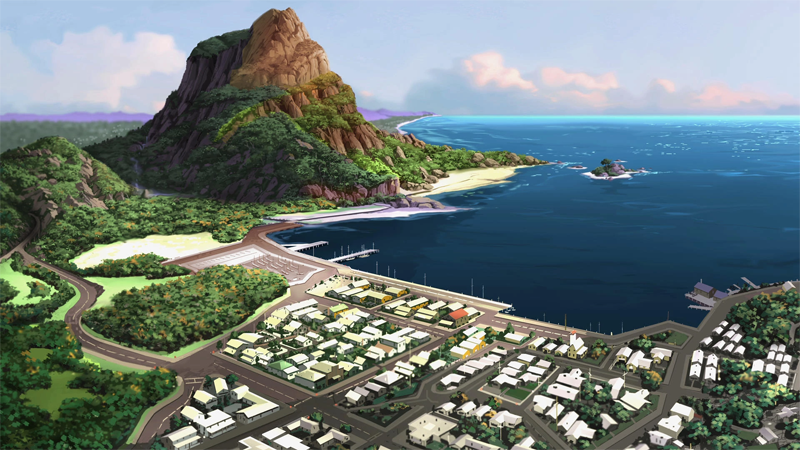 A building contractor in a quiet coastal town finds his life turned upside down when some snooty out-of-towners want to come and build a lavish new construction project on the mountains on the outskirts of Happy Harbour… only to find that it’s actually the Justice League of America, trying to find a home for their first ever secret base, Mount Justice! 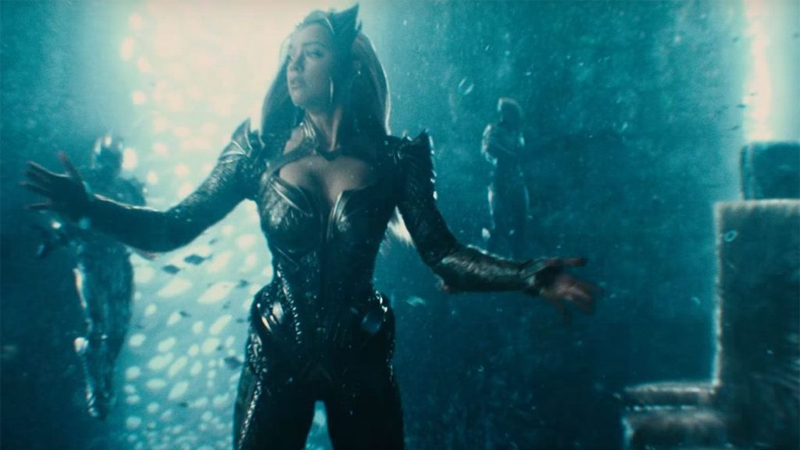 OK, so Atlantis is more of a kingdom than it is specifically one city, but a lot goes down there in the comics in the time before Arthur Curry shows up and claims his birthright as Atlantis’ rightful king. Think a grim and gritty fantasy miniseries – full of political power plays and regional infighting – as rival factions vie for the Atlantean throne, with everyone from young versions of Black Manta and Mera being part of the primary cast.

Some crime may be solved – like, say, treason against the throne! – but basically, it’s Game of Thrones except everyone is liberally misted with a spritzer full of water before they film a scene.