Samurai Zombies, Birdmen And The Other Weirdest Foes Lara Croft Has Ever Fought 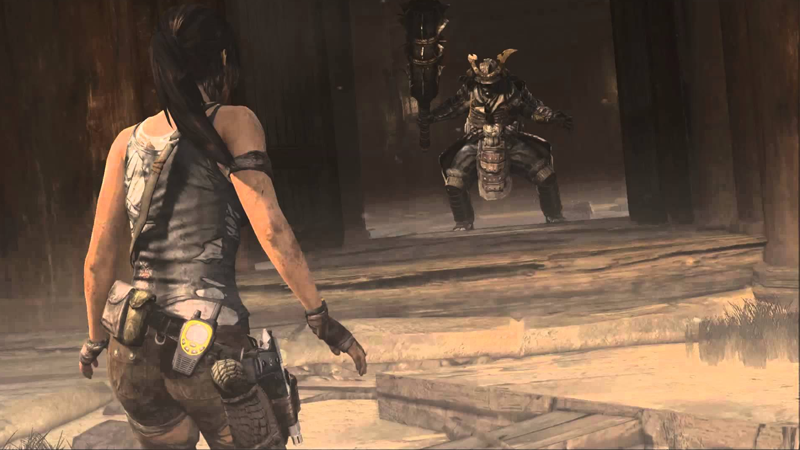 Lara Croft has been raiding tombs on and off for over two decades’ worth of video games at this point, but her latest movie adventure wants to return Lara to her most basic elements in a reboot – which means some of Lara’s more bizarre opponents from the classic games are probably going to be missing.


Lara faces a giant samurai demon zombie, AKA just another Tuesday in the life of Ms Croft. Image: Square-Enix

Tomb Raider, given the nature of the treasures Lara has hunted over the years, has always had some supernatural elements to it – even the 2013 reboot of the game series, which the new movie is heavily inspired by, had some odd enemies for her to fight. Yes, Lara fought against wildlife, rival treasure hunters and violent mercenaries, but as you’ll see, she’s encountered some seriously bizarre creatures in her many escapades as well. 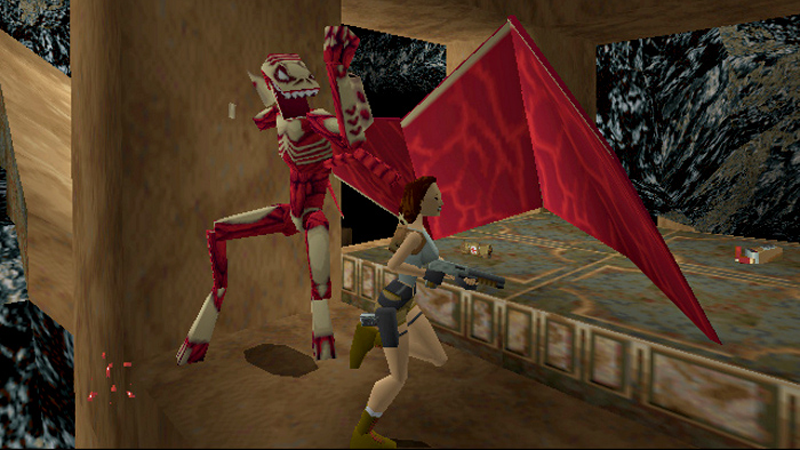 The freaky Atlanteans from the first Tomb Raider in 1996. Screenshot: Tomb Raider (Eidos)

Yes, Tomb Raider has been bonkers since the very beginning. The first game reaches a climax with multiple levels set in the lost city of Atlantis, where Lara is forced to tussle with the denizens of the underwater city while hunting Jacqueline Natla, who was secretly a recently-awoken ruler of Atlantis exiled for experimenting on a new breed of Atlanteans… a new breed that doesn’t look like Aquaman or even fish-people, but instead winged demons with no skin. That isn’t an upgrade, Natla. It really, really isn’t. 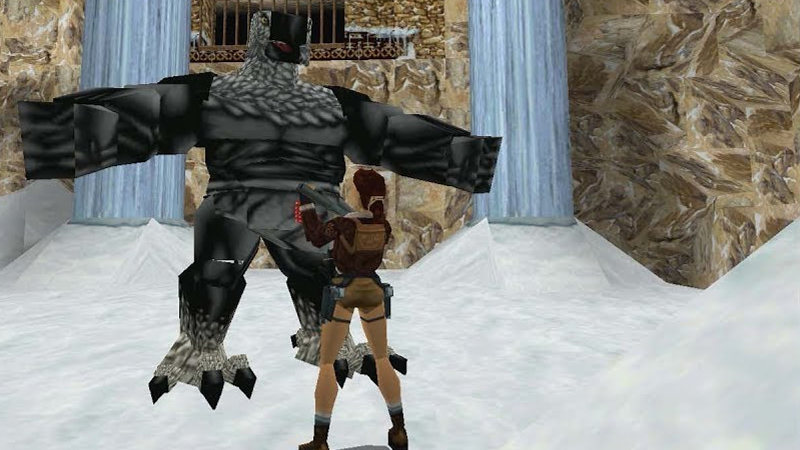 Oh my, what big arms you have. Screenshot: Tomb Raider 2 (Eidos)

Just look at the guns on these birdmen! Lara encounters this creature in Tibet during Tomb Raider 2, and is given no explanation for the existence of a giant, ‘roided-out birdmen other than “Oh, I guess it guards an ancient mystical artefact I need, so I better shoot them.” That’s our Lara! 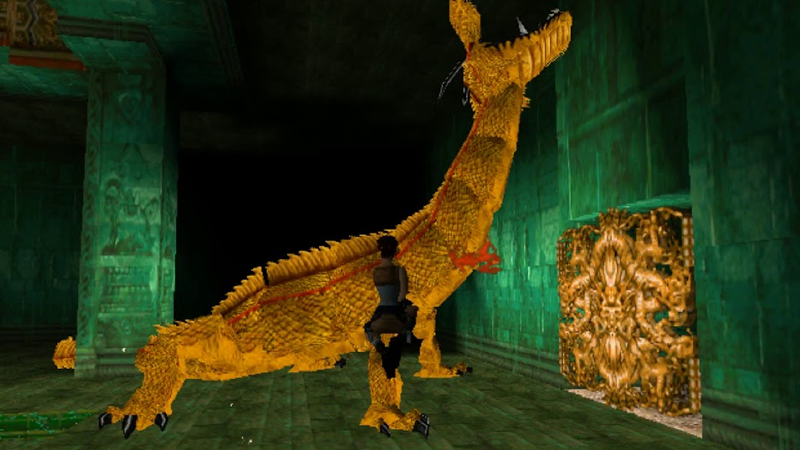 The final boss of Tomb Raider 2, however, is this dragon, who is also a transformed version of the big villain of the game, a cult leader named Bartoli. Bartoli becomes a dragon by plunging the dagger of Xian, a Chinese artefact Lara is hunting for most of the game, into his own heart. Unlike many of the other mystical creatures Lara has fought, she couldn’t kill this dragon, so instead, she had to stun it and remove the dagger from its chest in order to transform Bartoli back to a human, at which point his entire body crumbles into dust. 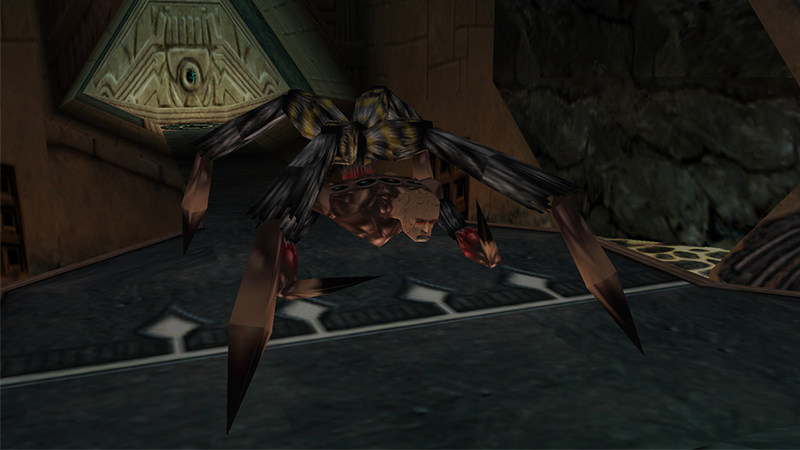 The mystical were not the only forces often against Lara – she had to face some downright petrifying scientific monstrosities, too. Tomb Raider 3 features several missions set in the Antarctic, where Lara has to stop a mad scientist from using a mysterious, crashed meteorite to advance human evolution to its next level. Its next level is apparently The Thing on steroids, because the meteorite transforms a bunch of scientists at the research station Lara visits into gross-looking monstrosities. Bonus weirdness: The evil mad scientist, Dr Willard, turns into the human/spider that you can see above, for no particular reason other than the fact the game needed a big final boss. 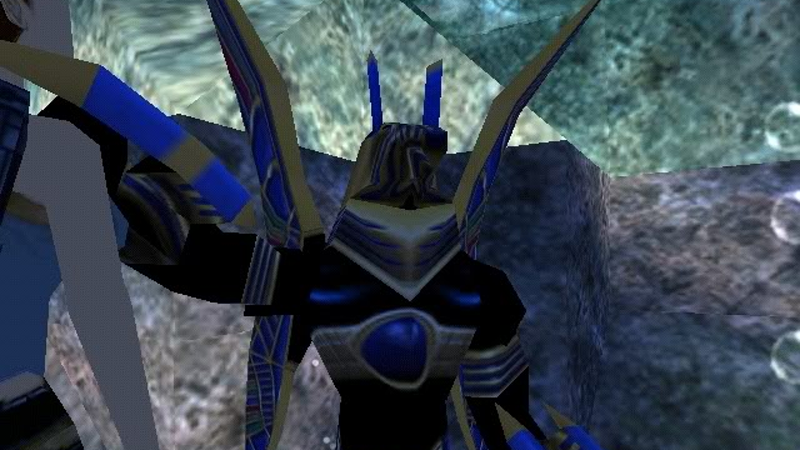 The Actual Egyptian God of Death

Of course Lara Croft has fought actual gods. The fourth game in the series, The Last Revelation, sees Lara tasked with defeating Seth after she, err, accidentally released him from captivity by swiping an amulet. Naturally, her bright idea to do this requires summoning another Egyptian god, Horus, to defeat Seth, but when that plan fails, she’s forced to seal the immortal Seth in a temple instead of actually killing him. It doesn’t come up again, so presumably it worked? 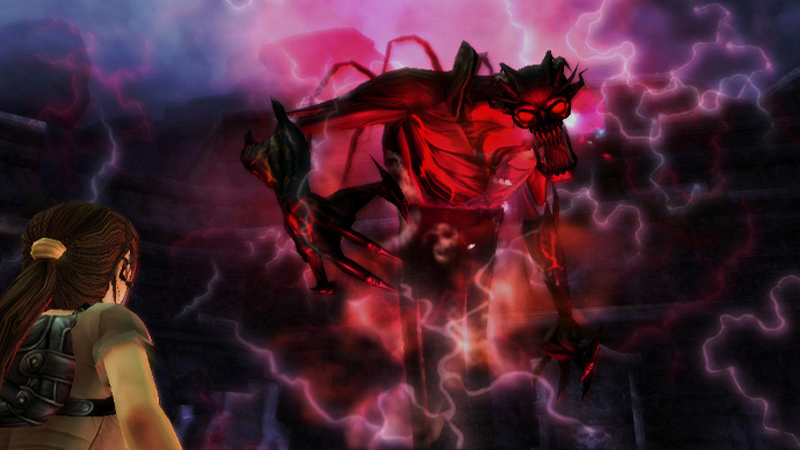 Whatever the Hell This Is

Seriously, I’m not joking. Tomb Raider: Legend never actually explains what this freaky-looking spirit that hunts Lara over the course of the game actually is. It’s never referred to as anything other than an “unknown entity”, and after the entity merges with one of Lara’s former friends-turned-rivals, she eventually seals it in a mystical stone. 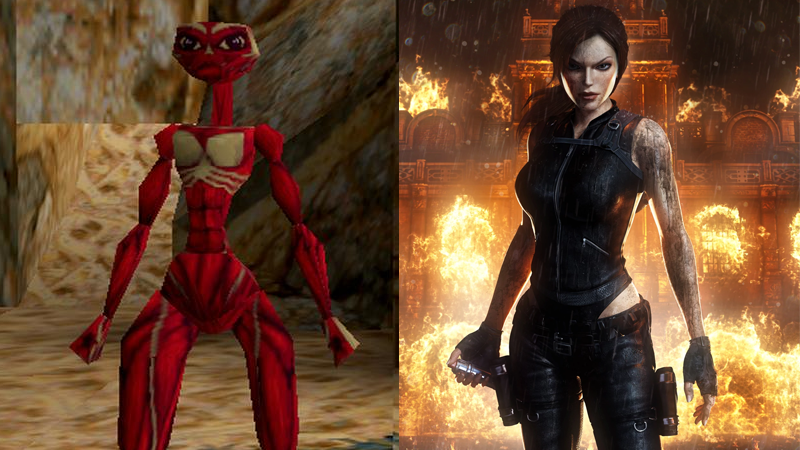 Multiple Evil Doppelgängers of Herself

Send in the clones! Yes, Tomb Raider has actually dealt with multiple evil versions of Lara, although the first version of this idea came out much creepier than the latter. In the final stages of the very first Tomb Raider game, Lara goes up against an Atlantean copy of herself made by the villain of the story, Jacqueline Natla, which is alarming because a) it looks like the PlayStation 1 Lara model but with the head of E.T. and b) it has no goddamn skin.

Lara kills the first by trapping it a lava pit, but several games later in Tomb Raider: Underworld, Natla created an advanced version of the doppelgänger that had supernatural “shadow powers”. Thankfully, it had skin this time. 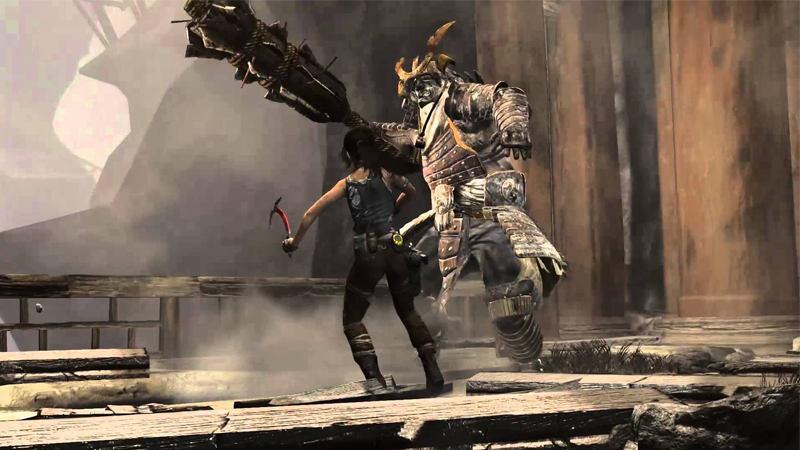 And finally, we come to Tomb Raider, the 2013 reboot of the franchise that re-imagined Lara’s first harrowing journey that transformed her from archaeology student to globetrotting thrillseeker – and the Tomb Raider game the new movie is most directly inspired by. Despite being a grim-and-gritty “grounded” reboot of the character, Tomb Raider wouldn’t be Tomb Raider without at least some supernatural freakiness. So in this game, Lara had to deal with demonic samurai zombies, the guardians of the spirit of an ancient Japanese Sun Queen named Himiko, whose body was entombed on the island Lara and her expedition crash-landed onto.

Honestly, the fact that the realistic reboot of this series still had demon zombies in it says a lot about just how weird Tomb Raider used to be.