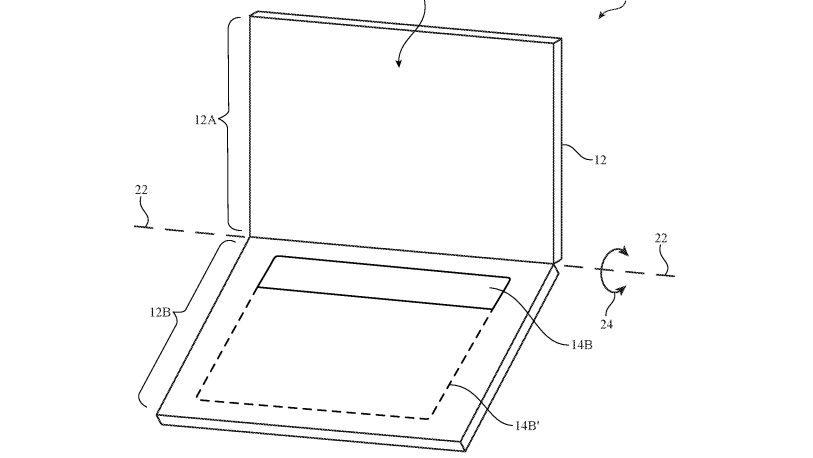 If you’re a holdout who refuses to upgrade to a post-2015 MacBook because of Apple’s revamped keyboard and its shallow butterfly switches, it seems as though your prospects for a better experience in the future just got a little bleaker.


This is rudimentary drawing of what Apple’s dual-screen device might look like. Illustration: Apple (US Patent Office)

A patent filing recently granted to Apple details something involving “dual display equipment with enhanced visibility and suppressed reflections”. While that might not sound like much, a closer look shows that this patent is really a schematic for a dual-screen device featuring a touchscreen keyboard instead of traditional physical keys.

The patent goes on to discuss to problems of light emitted from one screen bouncing off the second, which Apple looks to solve by adding polarising layers to both displays. However, it seems that Apple hasn’t decided if such a setup would use LCD or OLED screen tech yet, as both are mentioned in the filing.

The lines indicate light be emitted from both upper and lower halves of the device. Illustration: Apple (US Patent Office)

Of course, as a mere patent, it’s entirely possible that Apple never does anything with this idea, but the implications are huge. In the smartphone world, we’ve already seen the almost complete transition from physical keyboards to touch-based alternatives, so it stands to reason that laptops could make that change eventually too.

If and when it happens, the move will surely cause some hand-wringing among laptop purists, though I have to say I’m kind of looking forward to the prospect. Currently, the closest thing we’ve seen to a real touchscreen keyboard is on the Lenovo Yoga Book from 2016, or the ancient Acer Iconia 6120 from back in 2011. 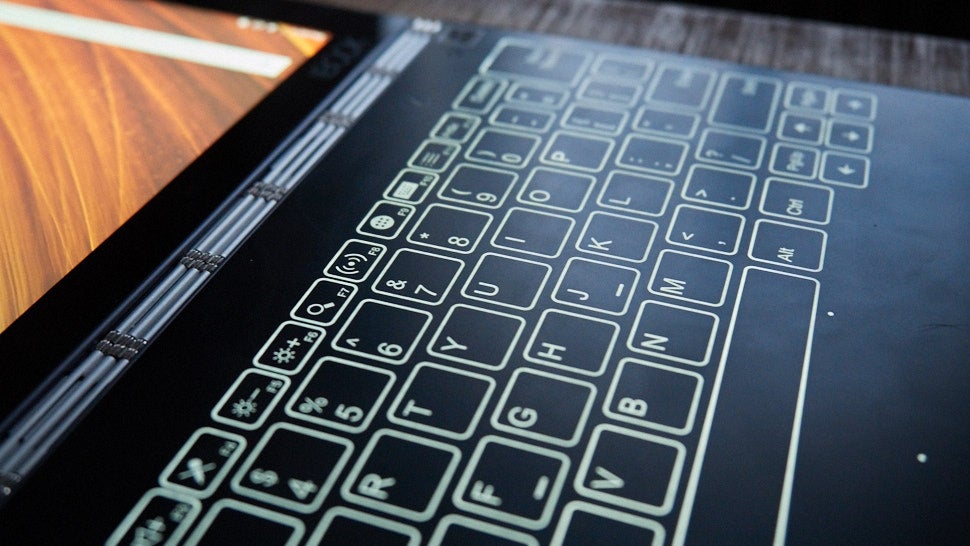 In Acer’s case, the Iconia was clearly a case of a device that was ahead of its time. But the Yoga Book is a different story, because even though it suffers from things such as difficulty aligning your fingers without the little bumps on the F and J keys, and a lack of physical feedback (the weak haptics don’t quite cut it), the addition of built-in stylus support on its lower half showed that space could be used for things other than just a keyboard.

Oh, and one last thing: Having previously axed long-standing tech features including FireWire, USB-A ports, the physical home key on the iPhone, and, of course, headphones jacks, getting rid of physical keyboards kind of sounds exactly like something Apple might do in the not too distant future.