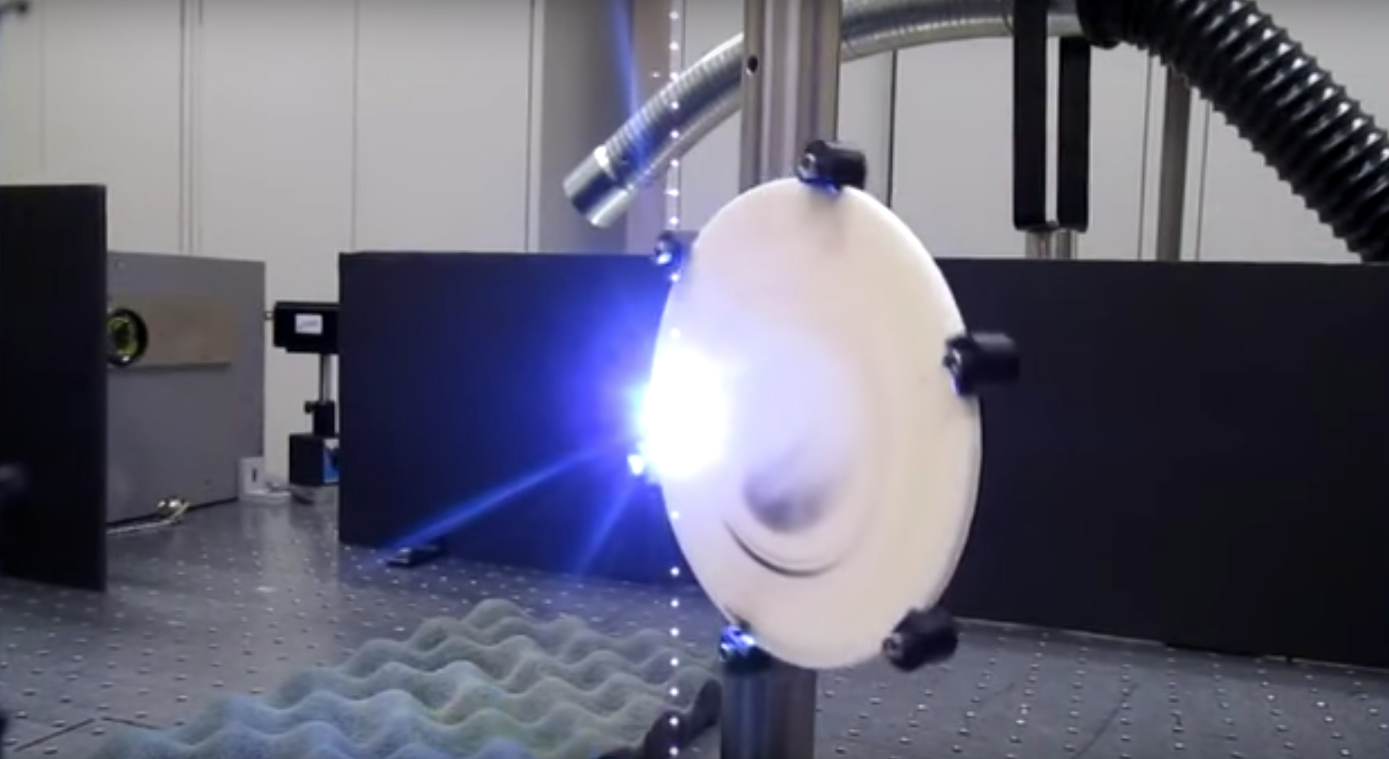 Imagine a ball of light with the voice of the world’s most violent dial-up connection. The US military’s Joint Non-Lethal Weapons Program, or JNLWD, is experimenting with a prototype that uses nano lasers to manipulate air and sound, creating noises that, they hope, will eventually mimic human speech.

The weapon is composed of two parts: first, afemtosecond laser, which shoots a burst of focused light for 10−15 seconds, just long enough to rip the electrons from air molecules and create a ball of plasma. (Sometimes called the fourth state of matter, plasma is a field of electrified gas, highly responsive to electromagnetic effects.) The scientists then hit that plasma field with a second nanolaser, tuned to an extremely narrow range of wavelengths. They use that to manipulate the plasma field in a way that can produce light and noise.

It sounds like the Geth VI from Mass Effect:

Researchers tell Turner they’re “three or four more kilohertz” away from mimicking discernible human speech. Of course, it’s important to realise these are weapons of war, and thus, you know, less cool. Consider the Long Range Acoustic Devices — portable sound cannons that blast noise louder than jet engines. Police used them against protestors in Ferguson, Missouri after the Michael Brown shooting and in New York during the Occupy movements. While the LRAD system causes intense migraines, the prospect of a speaking ball of plasma summoned out of thin air is likely to scare the absolute shit out of people.

[Ars Technica via Defence One]