Last month, Elon Musk’s SpaceX launched a Tesla into space just because. And it’s already old news. Still, if you’re wondering where Starman is now, there’s a website that will tell you just about everything you could possibly want to know about its location.

Fittingly called “Where Is Roadster”, the site, created by aerospace engineer Ben Pearson, uses data from JPL’s HORIZONS system to follow Starman’s journey through the cosmos. 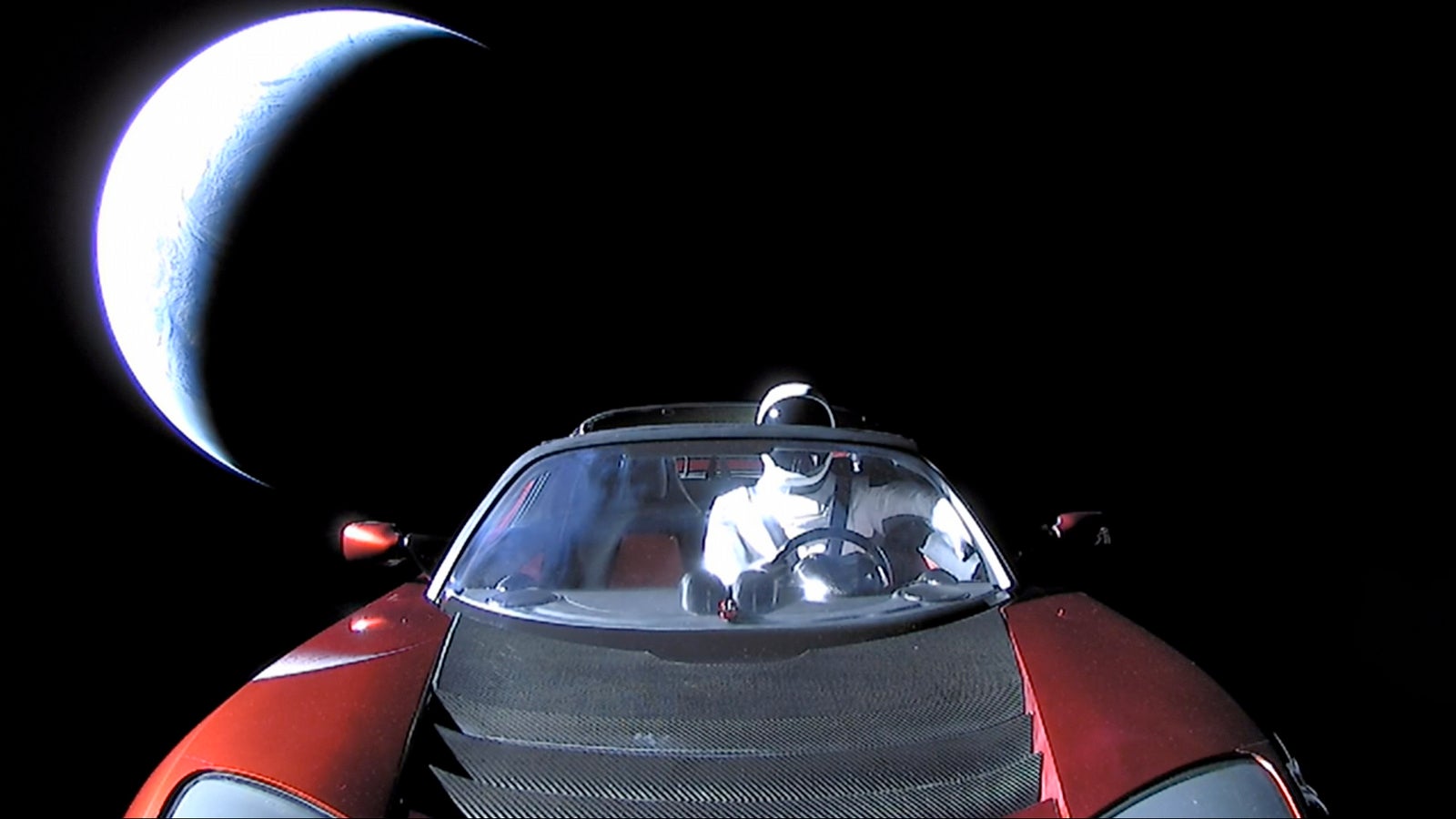 You may remember that, as a publicity stunt, SpaceX propelled a red Tesla into space using its Falcon Heavy rocket. That car is now a permanent advertisement on the NASA HORIZONS directory of solar system bodies.

Along with an updating diagram that shows the car’s position relative to Earth, Mars and the Sun, the site features hard numbers of Starman’s speed and distance. For example, at the time of writing, the car was 7.23 million kilometres from Earth, travelling at 11,761km/h.

Finally, if you’re wondering when the car will near (or be at its furthest from) certain parts of the solar system, there’s a close approaches page with upcoming dates. Take February 22, 2019, when it’ll be 2.446 AU away from Earth.