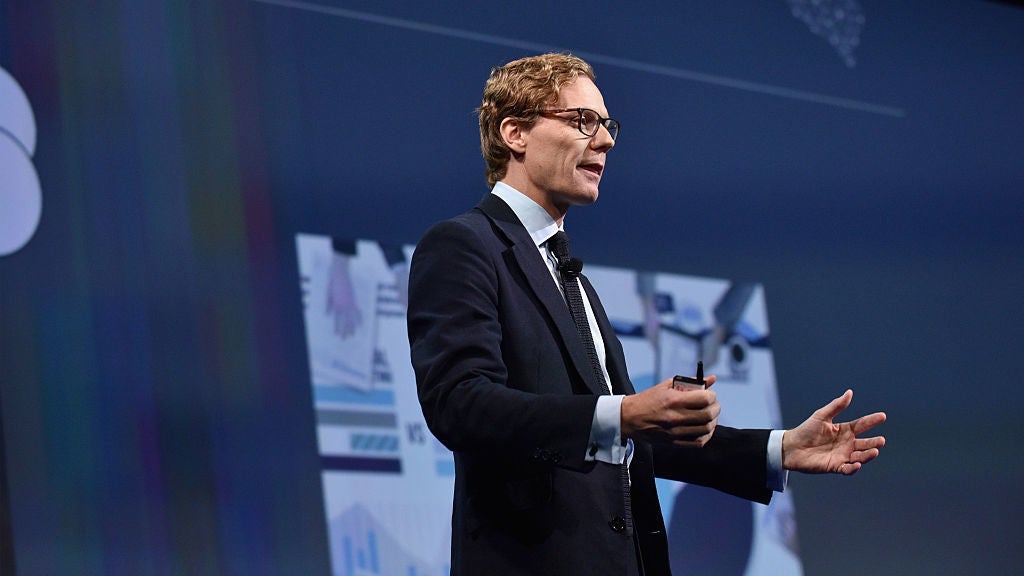 The board of Cambridge Analytica, a data firm that worked with Republican candidates during the 2016 US presidential election and made conflicting statements about its involvement in a campaign for Brexit, has suspended its CEO Alexander Nix.

Nix’s suspension is effective immediately and will last through an independent investigation, according to a statement Cambridge Analytica’s board released today.

“In the view of the Board, Mr Nix’s recent comments secretly recorded by Channel 4 and other allegations do not represent the values or operations of the firm and his suspension reflects the seriousness with which we view this violation,” the board’s statement said.

In secret recordings made by Channel 4, Nix described undermining political candidates by bribing them or sending sex workers to their houses.

Cambridge Analytica responded to the Channel 4 tapes by claiming that Nix and other executives were trying to suss out “unethical or illegal intentions” that the reporters, who posed as clients, may have had. “We entirely refute any allegation that Cambridge Analytica or any of its affiliates use entrapment, bribes, or so-called ‘honey-traps’ for any purpose whatsoever,” a Cambridge Analytica spokesperson said.

The data firm is also facing an investigation over its involvement in data scraping that occurred on Facebook. An app developer collected data on approximately 50 million Facebook users and shared that information with Cambridge Analytica, a violation of Facebook’s policies. Facebook announced yesterday that it had engaged a forensics firm to audit Cambridge Analytica and ensure that its users’ data had been deleted.