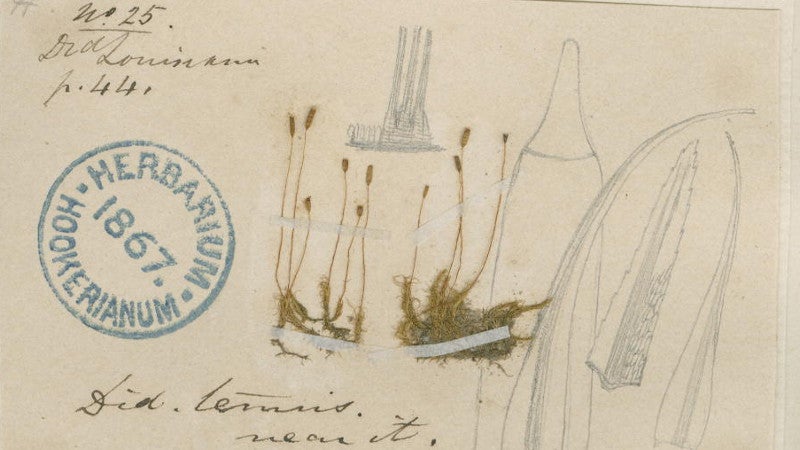 Tony Bean, a botanist at the Queensland Herbarium, made a standard request for 105 plant specimens from the Paris Museum of Natural History in November 2016. There was a slight hiccough as the specimens were held up in customs and – while the required paperwork was being completed – the specimens were destroyed by biosecurity officers.

Those plant specimens were collected at Botany Bay in the late 1700s by French botanist Jacques-Julien Houtou de Labillardière. They were priceless and irreplaceable.


The Paris Museum of Natural History’s Jardin des Plantes lends approximately 10,000 plant specimens to institutions around the world.
Botanists use software called ‘Colhelper’ to make requests, the appropriate department heads confirms the botanist is properly qualified and from an accredited institution and the specimens are sent on their way in a sturdy brown package marked ‘museum specimens’.

The Sydney Morning Herald’s Good Weekend magazine has written about the incident and included an extensive history of the plant specimens. From their original collection by Labillardière, to the French revolution and multiple wars. Their magnificent history came to an abrupt end thanks to beaureacracy.

It’s too easy to understate the value of these plant specimens. Six of the specimens destroyed were “type specimens”, the first known example of new species.

So when the Department of Agriculture issued a statement saying that the “low value” of the items was one of the reasons given for their destruction, it did not go over well with the scientific community.

The appearance of low value comes from a customs declaration form that said the plant specimens were worth $2. It’s common practice for research institutions to mark the lowest possible value on such forms to avoid customs tax. It is in no way indicative of the specimen’s true value. They were priceless.

Since this incident the Council of Heads of Australasian Herbaria and Department of Agriculture have agreed to a new set of protocols to help avoid future incidents.