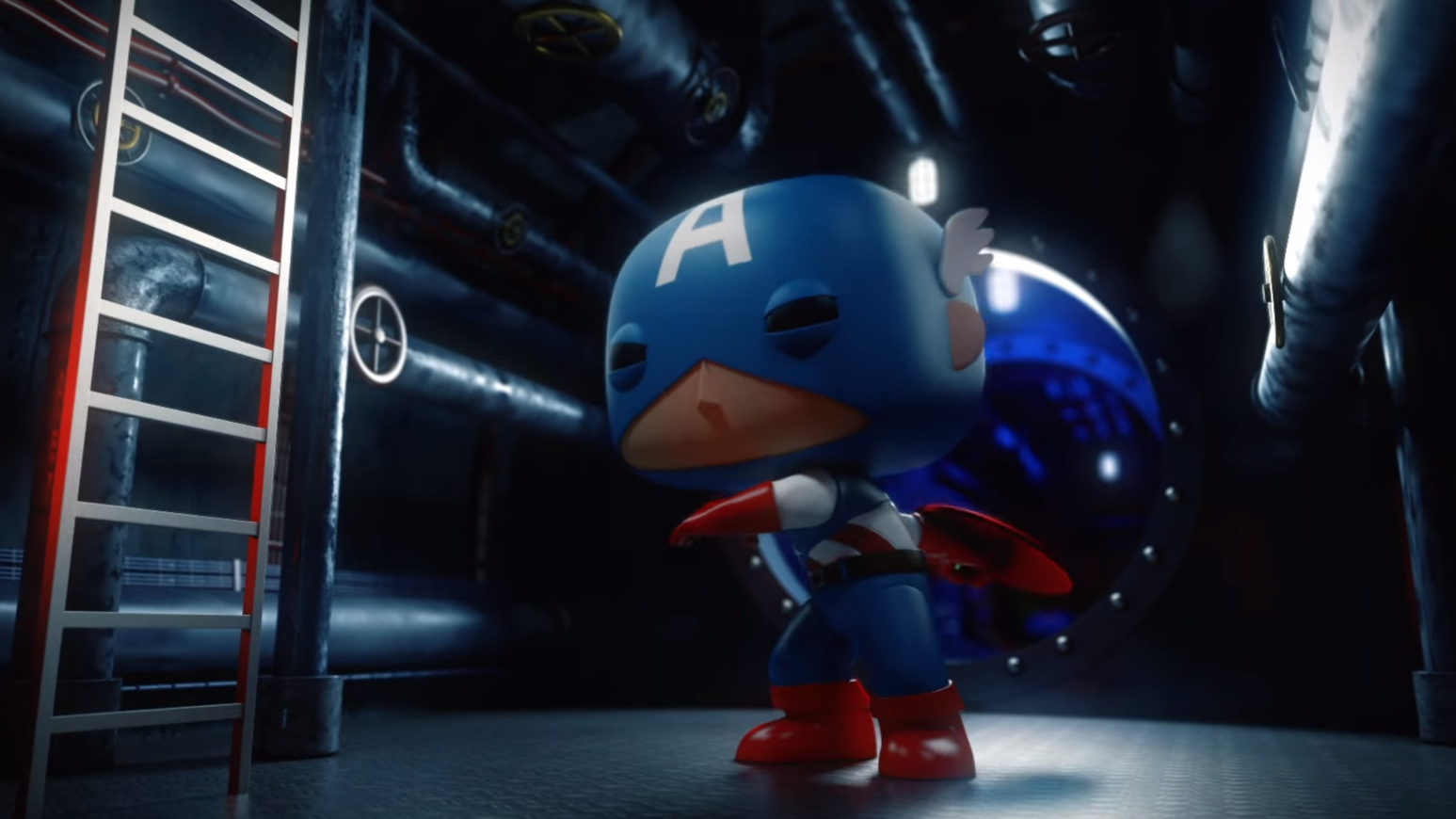 Although it might end with Captain America firing a nuclear missile?

We’ll get to that part. First, the cartoon itself: created by Marvel and Funko Pop, purveyors of lovely big-headed figurines so long as you’re ok with everyone having the same goofy face, this short CGI film dramatizes an underwater showdown between Captain America and his great nemesis, the Red Skull.

Marvel and Funko have released a few of these shorts on YouTube over the past few months, and I’m torn on them. On the one hand, they’re basically fancy toy commercials. But on the other, they’re all… kind of rad? Fun, quick little bursts of family friendly superheroics, in a nice blocky style that is appropriately toy-like while still remaining expressive. Honestly, they’re a good watch, and this current one is no exception. With the Red Skull seemingly gone forever in the MCU, it’s nice to have somewhere to go to get a classic dose of Cap v. Nazi action.

Speaking of, the ending to this short is wild. In the end, Cap knocks Skull into a torpedo tube inside the Red Skull’s supervillainous submarine and then, uh, fires it.

The torpedo. Into the air. With the Red Skull on top of it. Which makes you wonder where that thing is aimed, and also how durable Funko Pop supervillains are. 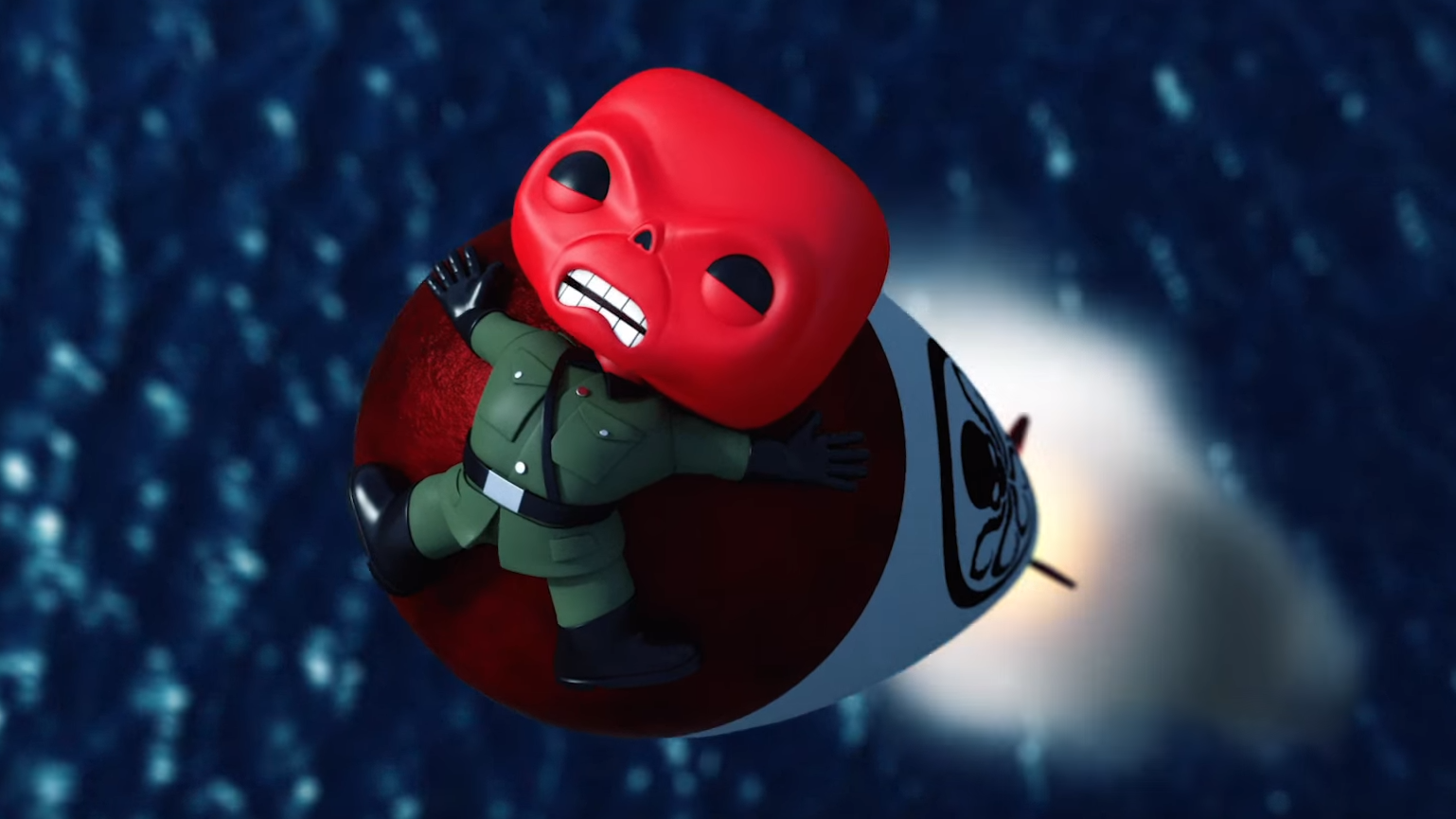 Is this how Civil War 3 starts?