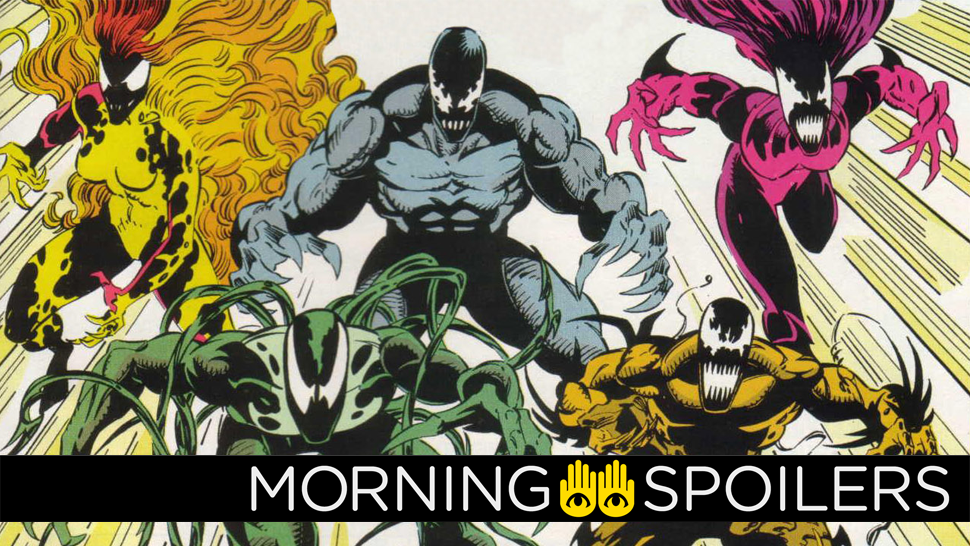 Chris Hemsworth hints at the earliest of Thor 4 plans. Shane Black and Fred Dekker want to bring the classic British Avengers TV show back. DC’s latest animated Suicide Squad movie sets its cast. Plus, what’s to come on The Flash and X-Files, and another cryptic teaser for HBO’s Fahrenheit 451. Spoilers now!

IGN has our first look at Tom Hardy in the role of Eddie Brock, in which he looks an awful lot like Tom Hardy holding a notebook. In case you’re wondering, the legible text in his notebook reads:

So how exactly does the Life Foundation go about testing its pharmaceuticals?”

What about the allegations your Empire is built on?

That you recruit the most vulnerable of the volunteers for the tests that more often than not end up […] them?

The Life Foundation is a shadowy organisation from Marvel’s comics, best known in the “Lethal Protector” storyline – a storyline we know the film is using for inspiration – for kidnapping Venom and using the symbiote to create five symbiote soldiers of their own: Scream, Phage, Riot, Lasher and Agony. 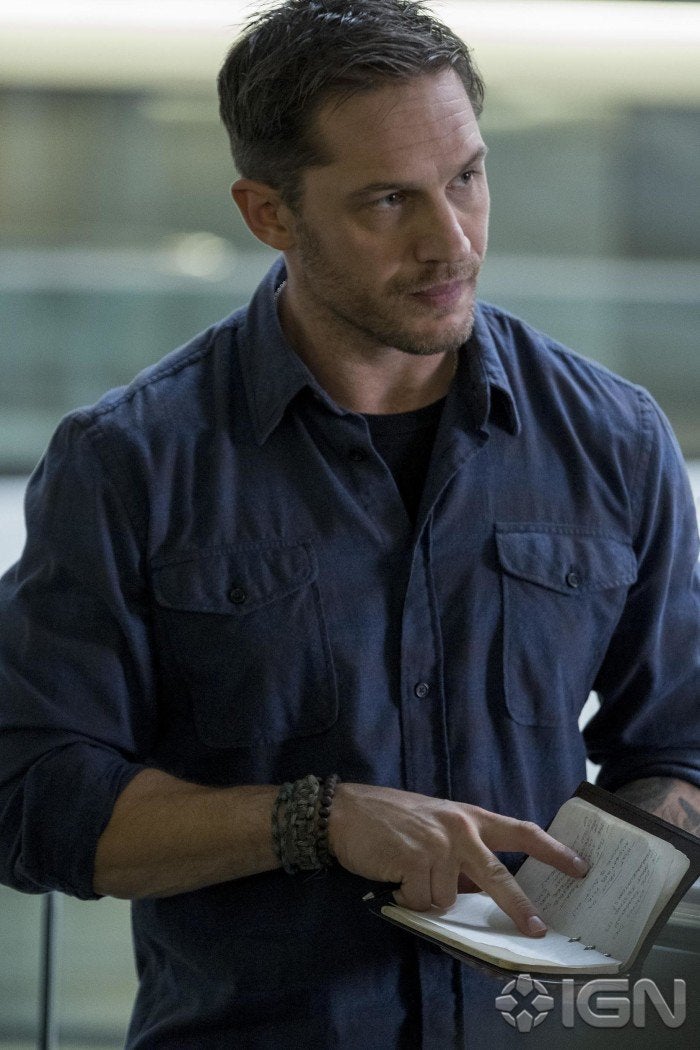 Filming has wrapped on Avengers 4, as indicated by the Russo brothers posting an incredibly elaborate Thanos wrap cake on Twitter.

A new featurette with the cast and crew sets up T’Challa’s newly-inherited kingship.

We gave cheers to Thor 3. But it also was like what could we do with four? We could do this and this. We were throwing ideas around. But also, just to work together again. That was one of the most enjoyable creative partnerships I’ve ever had.

In addition to a possible musical number, David Harbour hyped the film’s practical effects in a recent interview with MTV.

It was crazy. It was the hardest job I’ve ever done. The action that I’m doing in the movie, the rolling around on the ground and punching – things that a 40-year-old man should not be doing – and on top of that, the tremendous amount of prosthetics and makeup, but at the end of the day we would shoot some pretty beautiful stuff. And pretty unique stuff for this type of universe. A lot of it [was] very practical, Practical monsters and practical fights – not a lot of CGI. 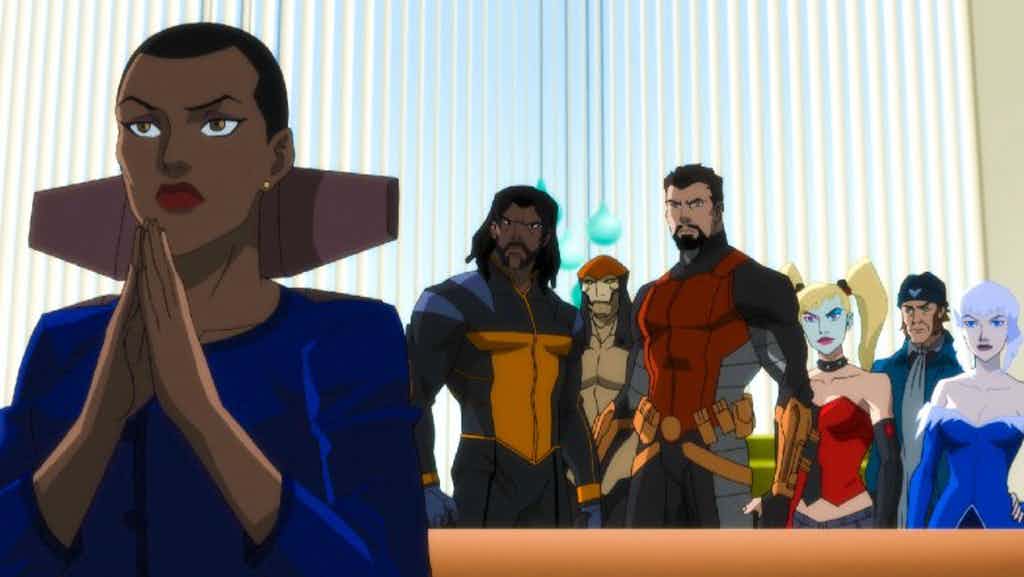 Dick Grayson, Jason Todd and Tim Drake have formed a gang of street toughs and roustabouts called “The Robins” in a new clip from Batman: Gotham By Gaslight.

The Dark Side Magazine reports Fred Dekker (Night of the Creeps, Monster Squad) and Shane Black have teamed to write a TV reboot of the ’60s spy-fi series The Avengers, focusing on the era of the show featuring Emma Peel. According to Dekker:

It’s The Avengers, with John Steed and Emma Peel. We’re setting it in Britain in the 60’s, and our approach is The Ipcress File meets Doctor Who. At this moment, it’s my favourite thing we’re working on.

Copies of Lolita, Crime & Punishment, Catcher In the Rye and Things Fall Apart are immolated in the latest teaser from HBO.

Netflix (via Coming Soon) has released an entire image gallery of naked, shrink wrapped human beings. Click through for more. 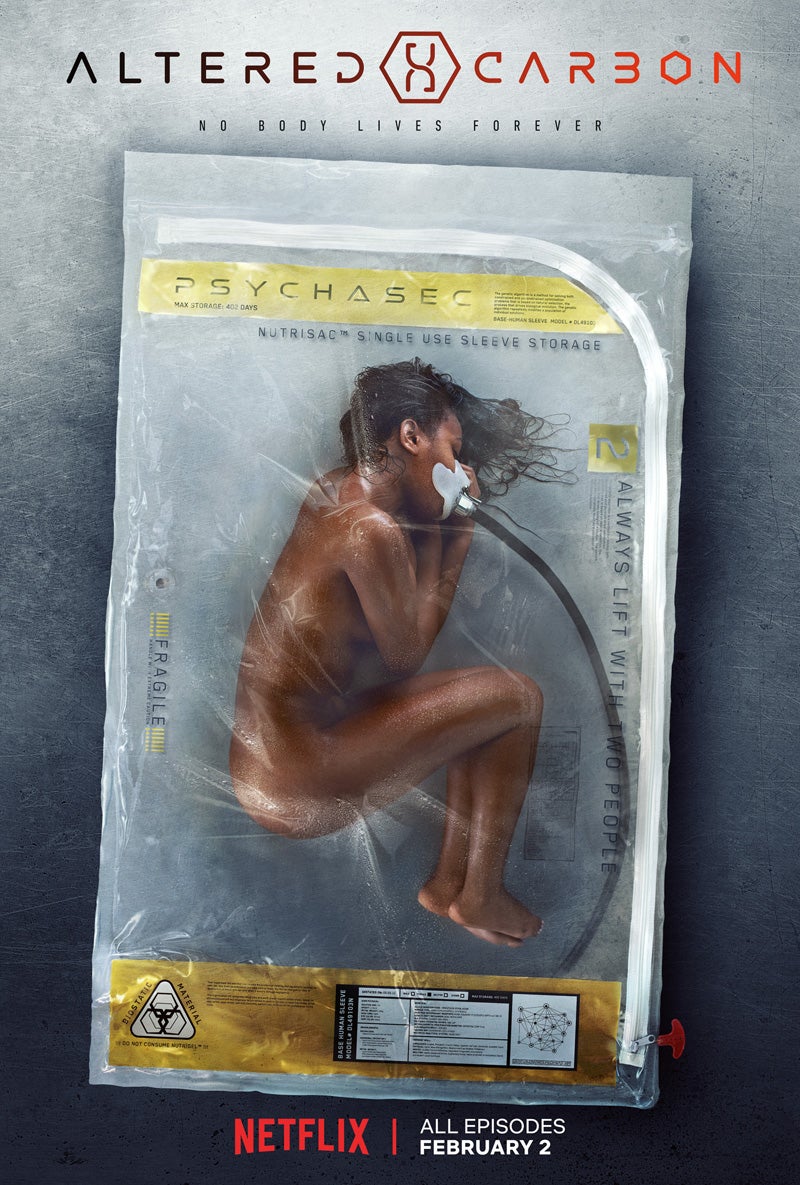 Under trial for murder, Barry Allen may have to admit he’s The Flash in an extended trailer for the show’s January 17 return.

Finally, Mulder & Scully investigate a small town plagued by killer doppelgangers in the trailer for next week’s episode, “Plus One”.