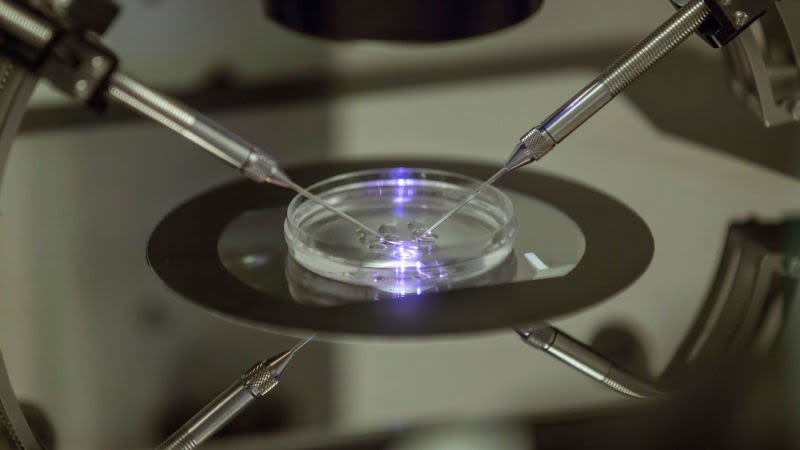 The gene-editing technology CRISPR could very well one day rid the world of its most devastating diseases, allowing us to simply edit away the genetic code responsible for an illness. One of the things standing in the way of turning that fantasy into reality, though, is the problem of off-target effects. Now Microsoft is hoping to use artificial intelligence to fix this problem.

You see, CRISPR is fawned over for its precision. More so than earlier genetic technologies, it can accurately target and alter a tiny fragment of genetic code. But it still isn’t always as accurate as we’d like it to be. Thoughts on how often this happens vary, but at least some of the time, CRISPR makes changes to DNA it was intended to leave alone. Depending on what those changes are, they could inadvertently result in new health problems, such as cancer.

Scientists have long been working on ways to fine-tune CRISPR so that less of these unintended effects occur. Microsoft thinks that artificial intelligence might be one way to do it. Working with computer scientists and biologists from research institutions across the US, the company has developed a new tool called Elevation that predicts off-target effects when editing genes with the CRISPR.

It works like this: If a scientist is planning to alter a specific gene, they enter its name into Elevation. The CRISPR system is made up of two parts: A protein that does the cutting and a synthetic guide RNA designed to match a DNA sequence in the gene they want to edit. Different guides can have different off-target effects depending on how they are used. Elevation will suggest which guide is least likely to result in off-target effects for a particular gene, using machine learning to figure it out. It also provides general feedback on how likely off-target effects are for the gene being targeted. The platform bases its learning both on Microsoft research and publicly available data about how different genetic targets and guides interact.

The work is detailed in a paper published Wednesday in the journal Nature Biomedical Engineering. The tool is publicly available for researchers to use for free. It works alongside a tool released by Microsoft in 2016 called Azimuth that predicts on-target effects.

There is a lot of debate over how problematic the off-target effects of CRISPR really are, as well as over how to fix them. Microsoft’s new tool, though, will certainly be a welcome addition to the toolbox. Over the past year, Microsoft has doubled-down on efforts to use AI to attack health care problems.