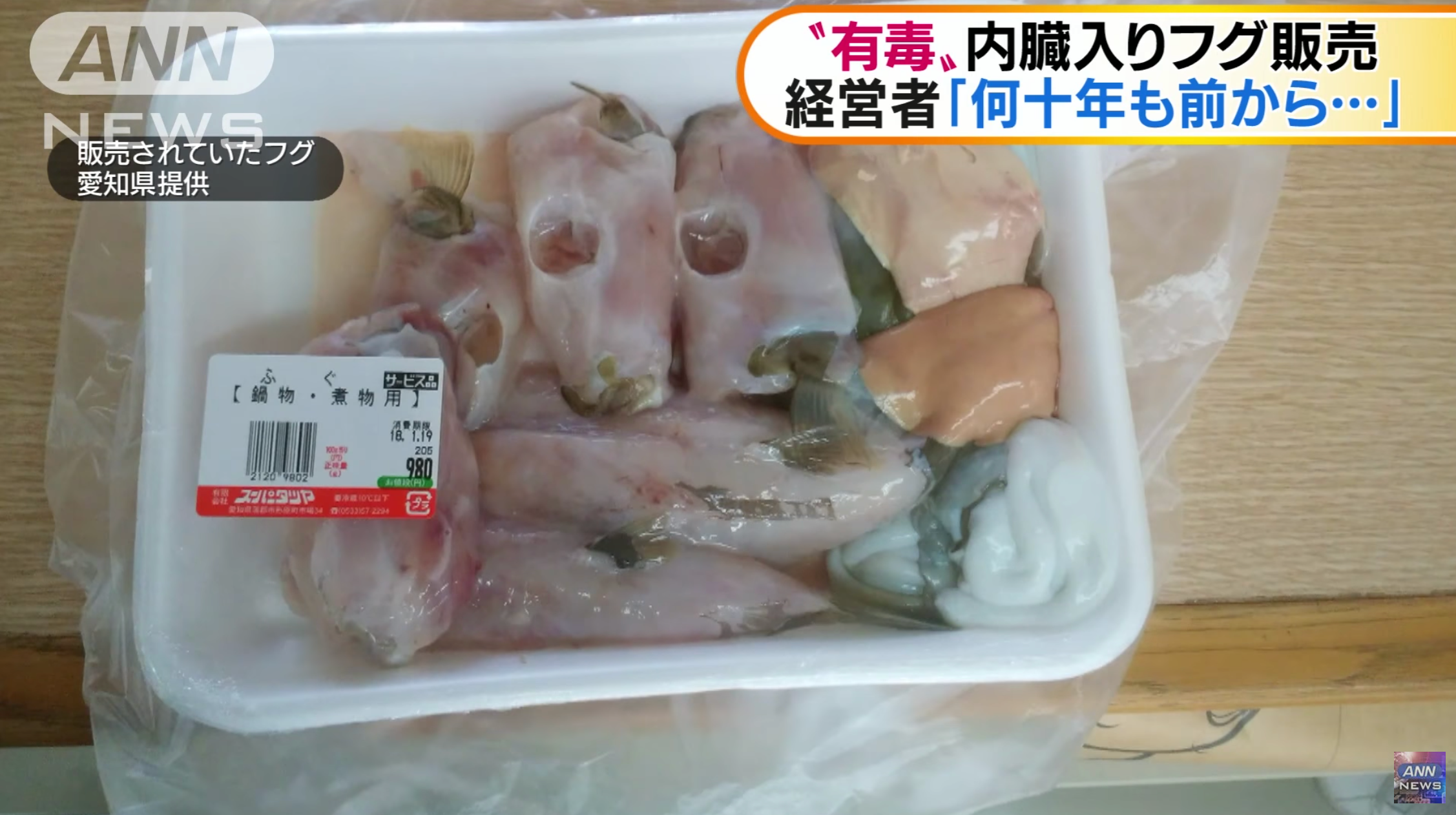 The Japanese city of Gamagori in the Aichi Prefecture went into full alert mode yesterday after a batch of potentially deadly fugu fish was sold to customers at a local supermarket.

A sample of the insufficiently prepared blowfish. (Image: ANN News/YouTube)

As AFP reports, five packages of blowfish, also known as puffer fish, fugu fish and globefish, were sold with their livers still intact. Blowfish livers contain a deadly toxin that can cause paralysis and asphyxiation, and there is no known antidote. Officials in Gamagori didn’t hold back once the situation became clear, activating the city’s emergency broadcast system and alerting residents from loudspeakers installed across the city.

“We are calling for residents to avoid eating fugu, using Gamagori city’s emergency wireless system,” Koji Takayanagi told AFP. “Three packages will be retrieved today, but we still don’t know where the remaining two are.”

Blowfish is a pricey Japanese delicacy that’s typically served in sashimi or hot pot format. A poison called tetrodotoxin can be found in some of the fish’s organs, including the liver. Several people in Japan die each year from incorrectly prepared blowfish.

“Tetrodotoxin is a deadly, potent poison; the minimum lethal dose in an adult human is estimated to be 2-3 mg,” writes the US Centres for Disease Control. “Tetrodotoxin exerts its effects by [terminating nerve conduction and muscle actions], leading to progressive paralysis and, in extreme cases, to death from respiratory failure.”

Death can occur in just 20 minutes, or as long as 24 hours after exposure. The CDC describes the effects of eating toxic blowfish thusly:

Sounds dreadful, but patients who survive the first 24 hours typically live, and without any long-term side effects.

In the US, the FDA regulates all locally sourced blowfish through the Seafood Hazard Analysis and Critical Control Points regulation. And under an act established in 1988, only prepared puffer fish from Japan can be imported into the US; all other imported puffer fish products are prohibited. Back in 2014, an American man and a woman got sick (not fatally) after purchasing dried puffer fish in New York City, highlighting the difficulty of controlling this deadly fish. The fish is currently unavailable in Australia.