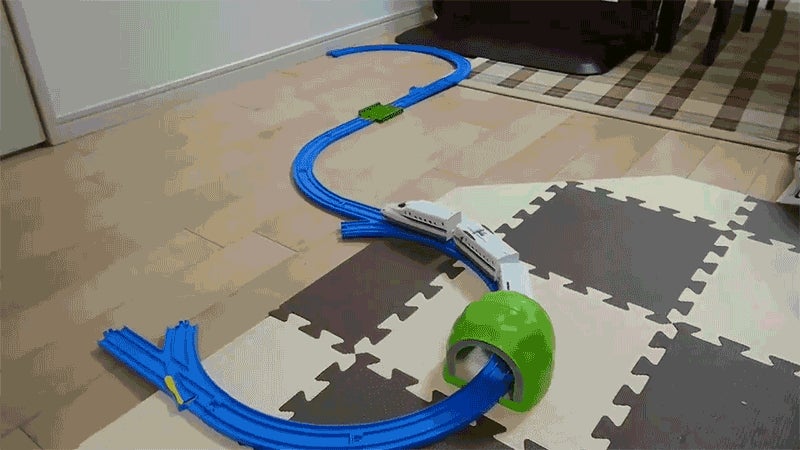 I’m not really into sports, and I’ve never found the energy to care about what happens to characters in most movies and TV shows. But for some reason, watching this little toy train derail and eventually make its way back onto its tracks had me cheering louder than a Patriots fan at the Super Bowl.

I can’t explain why my cold, shriveled heart suddenly decided this toy train needed all the support it could get as it bravely explored the world on its own. What I do know is that when it careened off the wall and eventually found its way back onto the safety of its tracks I felt like I had just watched Rudy again for the first time.