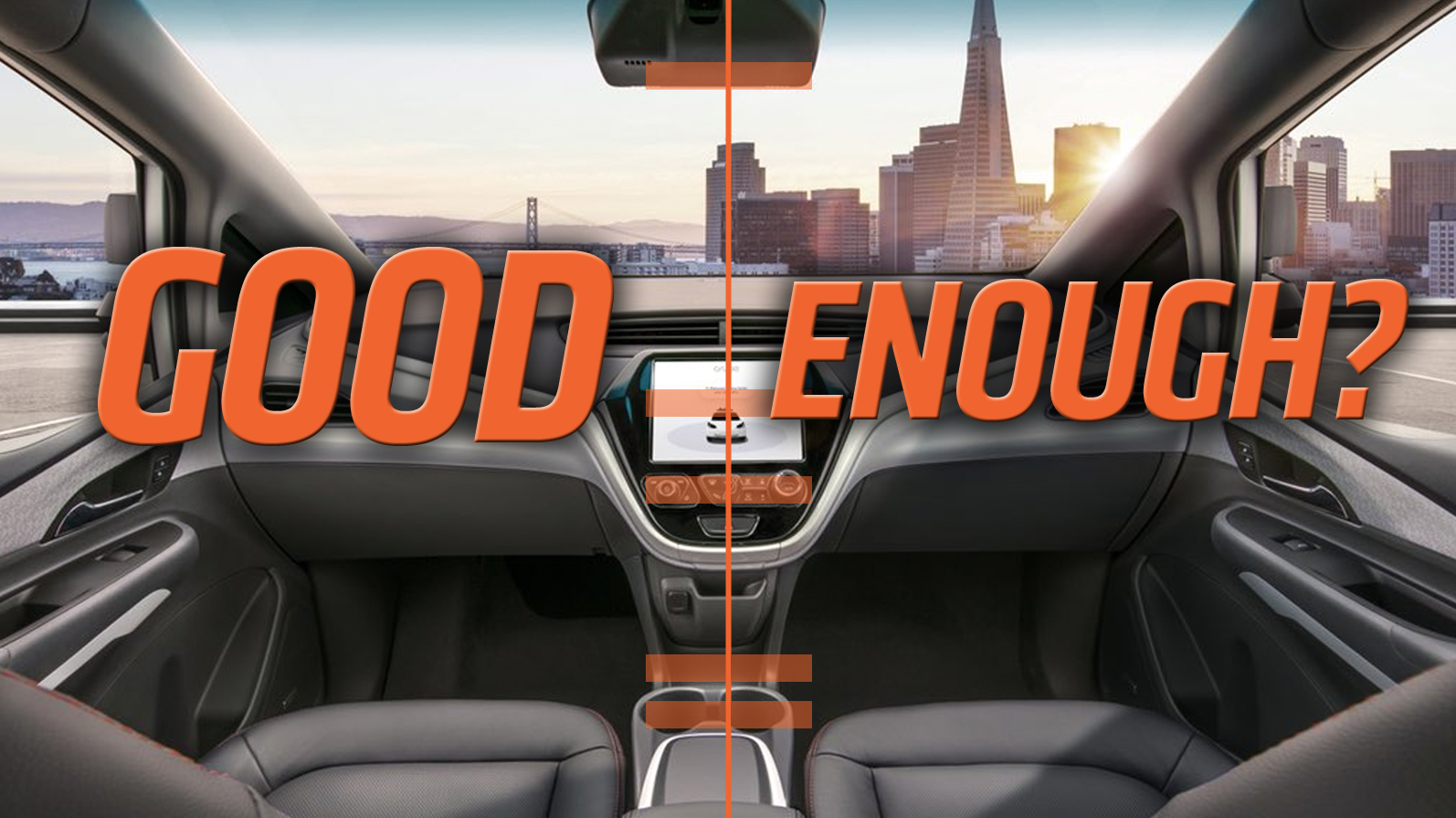 For as much hype as GM’s ‘production ready’ driverless, control-free car has gotten, both from GM themselves and the media, you’d think they’d have bothered to make something that looks like they, you know, thought about it for more than an afternoon. Sure, the tech is impressive, but the design is terrible, and hopefully will not be a sign of things to come for autonomous vehicles.


First, try to be clear about what GM is actually showing here, because I don’t actually think it is all that clear. Fundamentally, it’s an autonomous Bolt, designed without any provision for human control, much like Google’s now-dead koala-like autonomous vehicle from 2014.

According to communication we’ve had with GM, the car is not a concept, but rather a ‘production-intent’ vehicle. It’s the vehicle GM intends to build when/if NHTSA accepts the safety petition GM submitted.

So, according to GM, the design we’re seeing here is what they’re planning to build in some sort of quantity – that number is unknown as well.

So, this is sort of a test vehicle, except we’ve been told what we’re seeing is what they will make, so it’s really a pre-production vehicle, I suppose. It’s clearly not a concept, because concept cars have something this doesn’t: a concept.

My problem with GM’s design here is that it doesn’t seem like any effort was spent into designing an interior that makes sense for a car with no controls.

And, I know the lack of controls are a Big Deal, because people keep telling me that:

Look, that one even has the little clappy hands and everything, so I better pay attention.

OK, so, if this is such a big deal, GM should have really re-worked the interior, because what they’re showing now is terrible. I understand that for cost and production reasons, they likely did not want to design a new interior, but that’s an excuse for why this interior sucks, not an argument against it.

The dash design is one that hinges on bilateral symmetry, yet because it’s just a re-work of the normal, control-enabled Bolt dashboard, it’s annoyingly asymmetrical and off-center in all sorts of ways that are irritating.

But that’s just annoying; the real problem is that by retaining a legacy design from a human-driven car, you’re both not taking full advantage of what an autonomous car can allow, and you’re setting up the passengers — especially the one in the left front seat — for an uncomfortable experience. 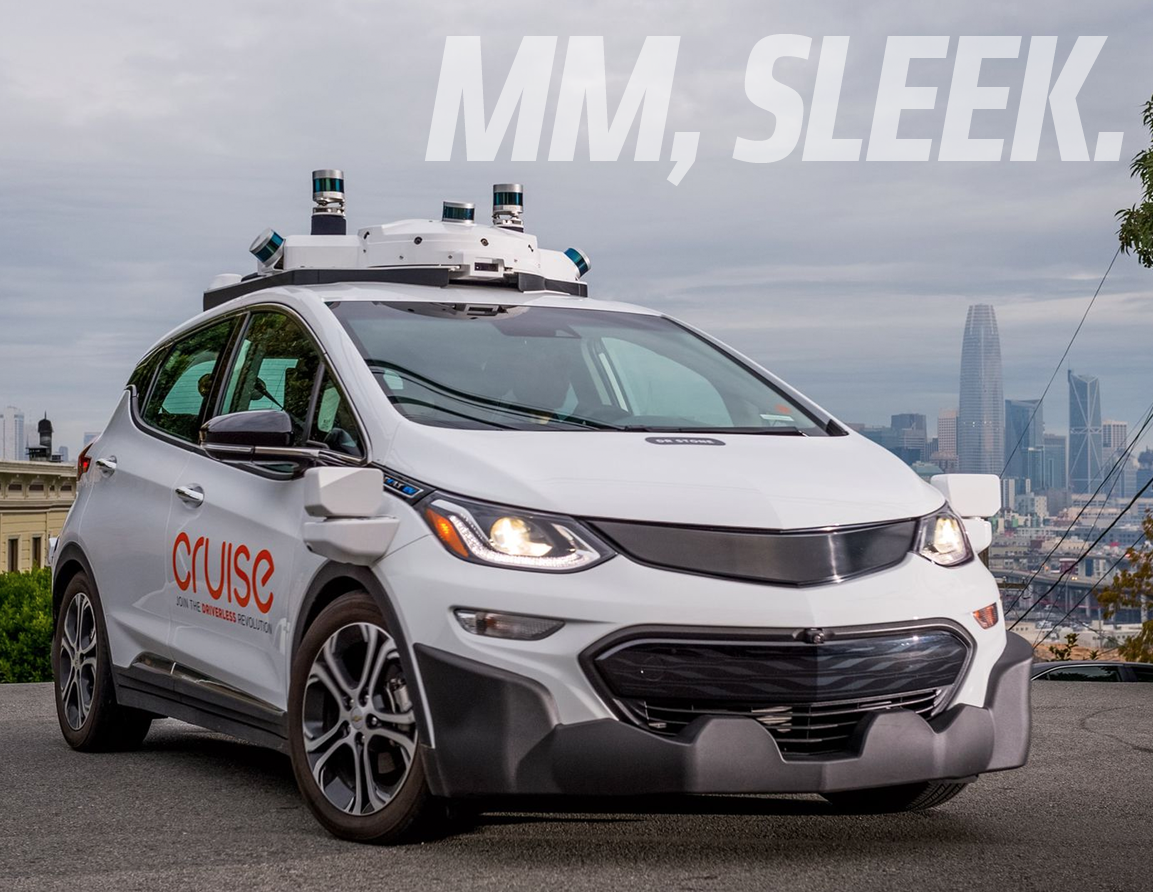 So much of how we perceive new technology has to do with gut-level feelings, memories, and learned behaviours. If you sit in the “driver’s” seat of this AV Bolt, all the visual, spatial, positional, and tactile cues are going to be triggering every “I’m driving” part of your brain.

It feels like you’re sitting in a normal car, but all your means of control are gone. That’s not a comfortable place to start, even if you know, intellectually, that there’s a machine driving you around.

Plus, there’s just no reason to keep these rigid interior design rules when you’re not required (or able) to drive! Why is everyone sitting in two forward-facing rows? There should at least be an option to swivel the front seats around, or allow the seats to all face inwardly. There should be fold-out tables, the means to recline seats for sleeping, and so on.

None of this is new; the possibilities of self-driving-car-as-mobile room have been considered long before the technology was available. We’ve all seen these fanciful 1950s drawings, right? 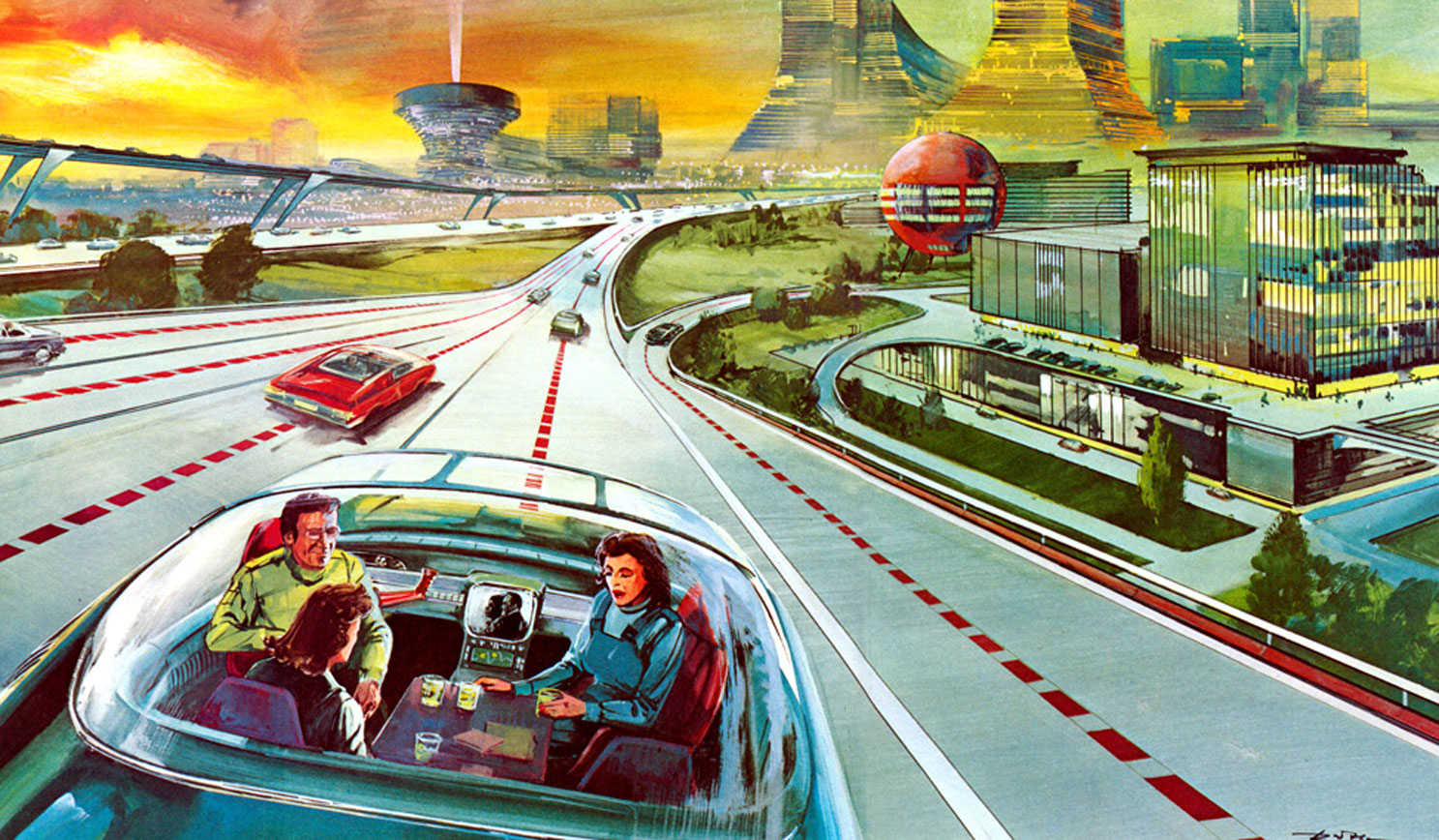 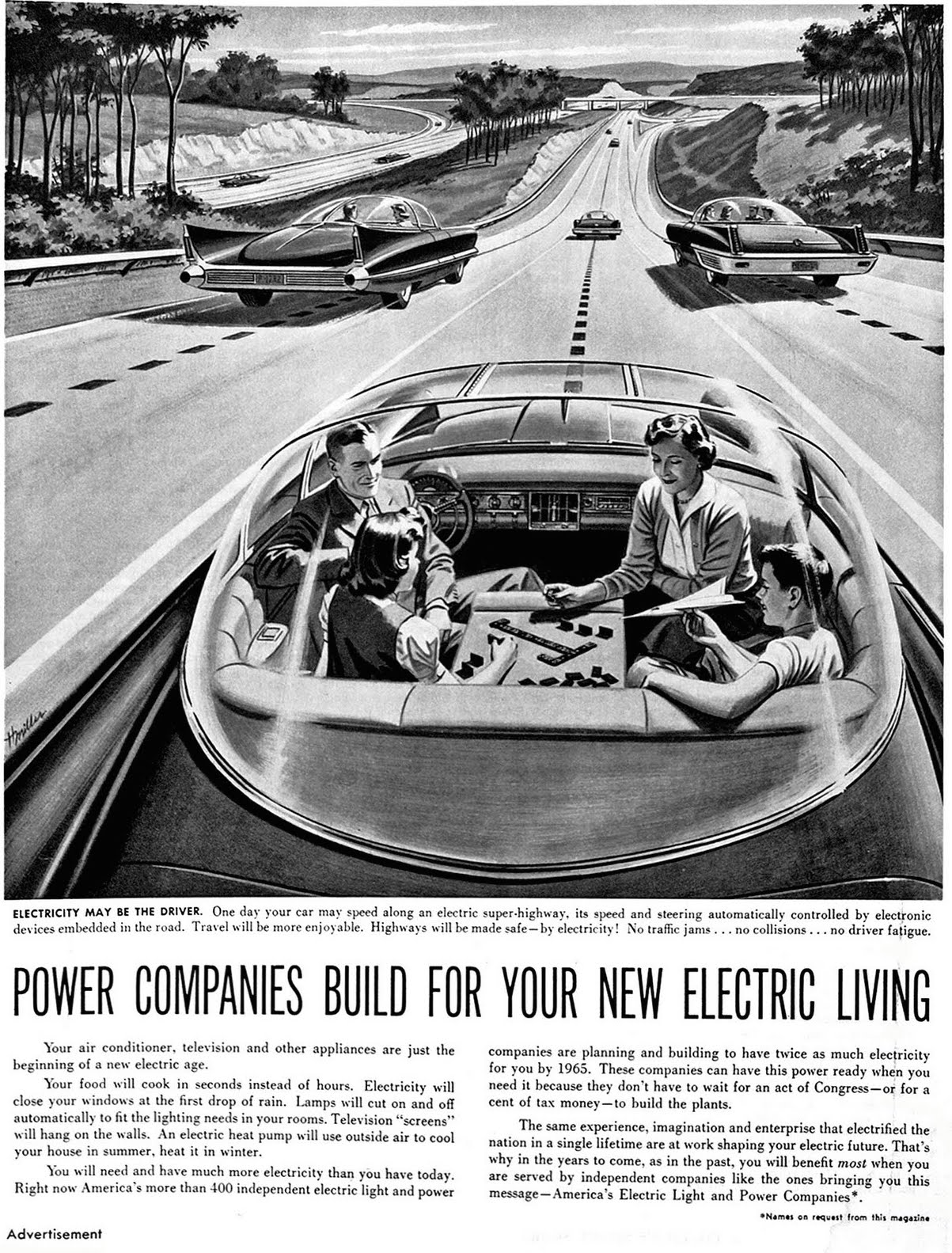 This new GM car is essentially the realisation of these dreams, yet these 50+ year-old imaginings make more sense than what GM is showing us today.

We already ride in vehicles with rear and/or side-facing seats: buses, airport shuttles, old Land Rover rear seats, Tesla Model S jump seats, and so on. Making seating like that safe is something that’s already being done, and such flexible seating will absolutely be part of the autonomous future.

I don’t think GM really needed to do all that much, really, but I do think they needed to do something, which, beyond lopping off the steering wheel, they didn’t.

I don’t even care about the clunky exterior design, the total lack of interest in integrating the various cameras and sensors into some sort of coherent design, because, fundamentally, an autonomous vehicle is something you design from the inside out. 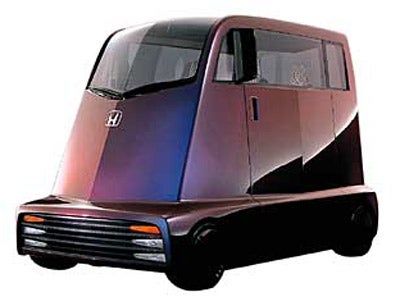 Weird, sure, this Honda 1999 design makes more sense for a car you can’t drive

I’m also sure that GM decided to make minimal changes to the basic Bolt platform to get this to production as quickly and cheaply as possible. I understand the reasoning entirely.

If this really is the first production, Level 5 autonomous car that will be sold to…the public? Fleet companies? Who knows. Regardless, if this really will be that first car, it seems like it would be worth more effort regarding the key part that will ultimately decide the future of autonomous vehicles: the experience of the riders.

People need to feel comfortable in autonomous vehicles, and they need it to be just different enough to alter their expectations that are based on decades of human-driven cars, and to give them some extra enticement to realise how much better an autonomous vehicle could be for them.

A stripped down Bolt, I don’t think, is quite enough.