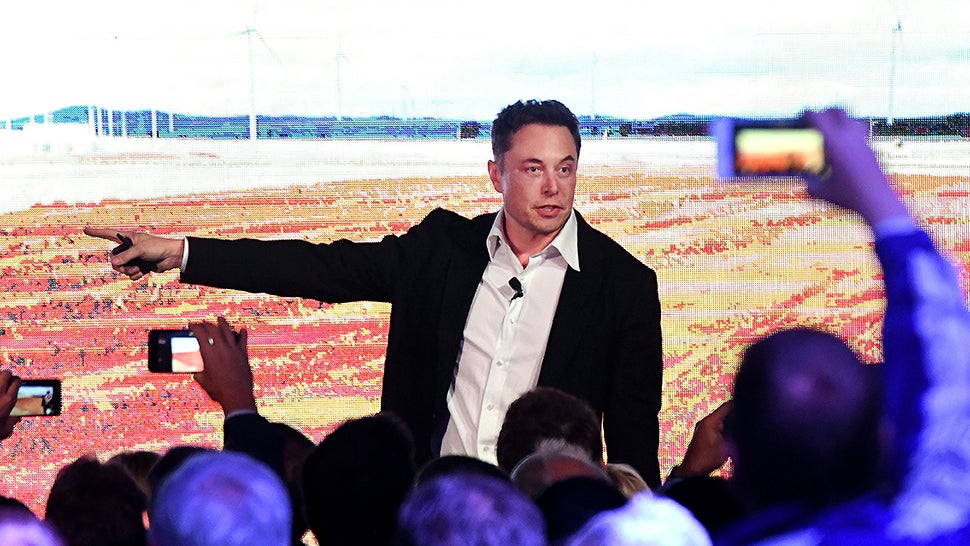 Today, Elon Musk announced he will stay on as the CEO of Tesla for 10 years in an unusual situation that requires him to hit some lofty targets if he wants to get paid.

As the New York Times points out, Musk has previously indicated that he might move on from Tesla following the introduction of the Model 3, an event that has now come and gone. That crucial launch of an affordable version of Tesla’s luxury vehicles has been met with plenty of demand, but the process of actually delivering the product has been a bumpy ride. According to Tesla’s latest announcement, Musk will stick around for another decade and get his chance to shepherd the company to the point it’s promised since the beginning – namely, being one of the world’s most valuable companies.

Tesla’s current market cap is about $US59 billion ($74 billion). In order for Musk to get paid, he’ll have to add $US41 billion ($51 billion) to that number and keep adding another $US50 billion ($63 billion) each time he wants to be compensated after that. In all, Musk’s contract sets 12 milestones and an equal number of revenue and adjusted profit goals. If Musk pulls them off, his stock compensation could be worth around $US55 billion ($69 billion), based on the company’s current structure. Tesla’s press release makes clear that the figure would likely be diluted in the future by potential mergers or employee stock awards. Without hitting those milestones, Musk gets nothing. If he simply falls short of each milestone by a percentage point or two, Musk gets nothing.

In today’s corporate world, CEOs often have extra bonuses tied to milestones while they collect a hefty salary. But according to the Times, Musk has connected his payment to performance goals since 2012, when Tesla had a $US3.2 billion ($4 billion) market cap. Tesla paid him $US37,000 ($46,310) annually because it’s required to meet minimum wage laws, but otherwise, Musk has only been paid in stock when he hits his goals, and he’s only ever missed one.

Yes, Tesla is worth 17 times what it was in 2012, but hitting multiples of growth is going to get harder every year. Tesla’s last milestone would put its value at just under Microsoft’s current market cap – and far more valuable than any current car company. Considering that an analysis by Bloomberg in November found that the company was blowing an astonishing $US480,000 ($600,777) an hour, it’s safe to say that Elon has his work cut out for him over the next decade.

But Musk is a true OG of Silicon Valley culture, and he knows that what works in the Valley is selling a dream. Speaking with the Times, he indicated that he’s primarily sticking around to keep building funds to get humanity to Mars. And presumably, he wants to dig a tunnel under Los Angeles and sell you a flamethrower somewhere along the way.

[Tesla via The New York Times]