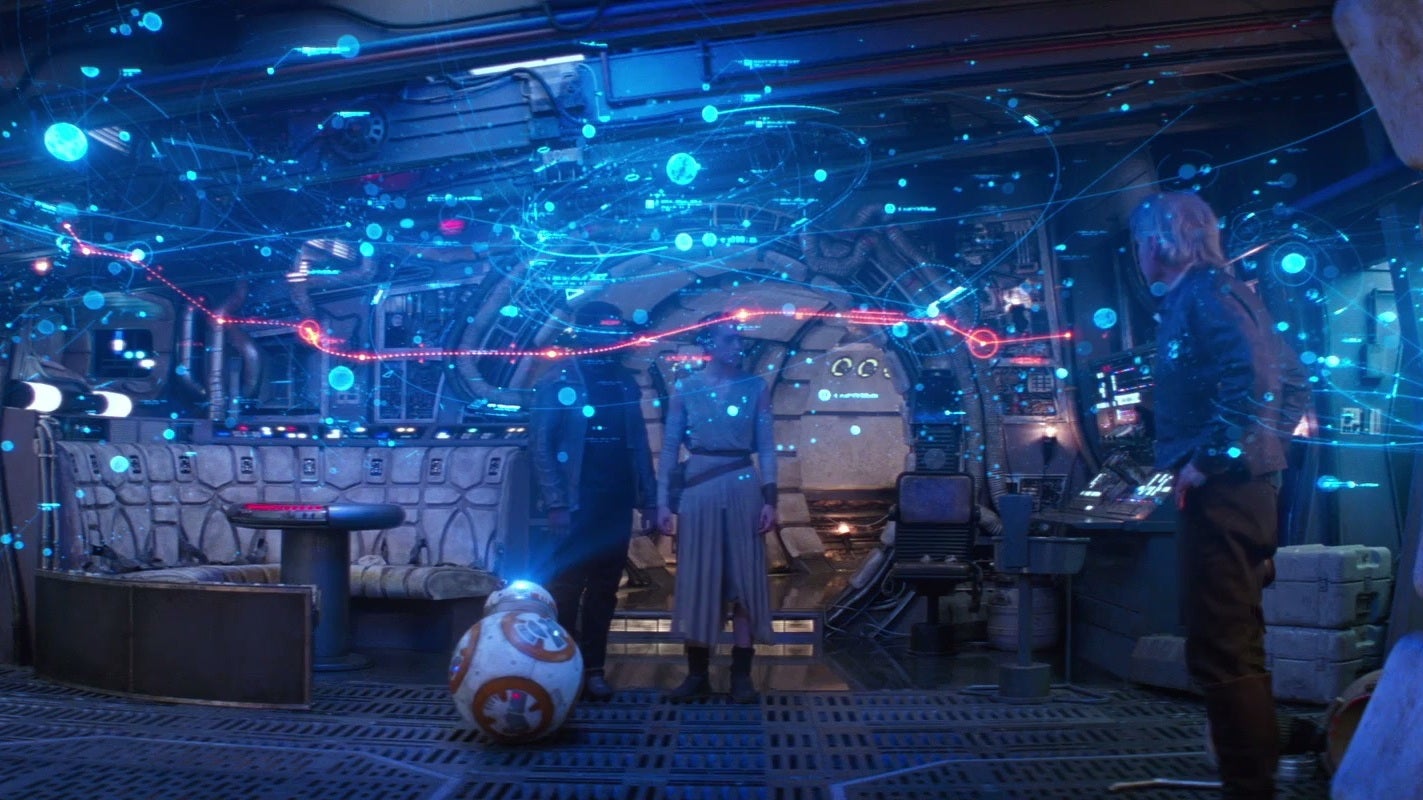 Yoda would hate us. Just like Luke Skywalker, we’re never in the present. We’re almost always thinking about the future of Star Wars. It’s a future that’s mysterious – but also, especially with the release of The Last Jedi, more wide open than ever. And while most thinking right now is focused on what we might see in Episode IX, we wanted to go even bigger.


We wondered what could happen in that movie but in other movies, too – from big concepts to drastic changes, and even small, fun stuff. Here are 13 things we’d love to see in the future of live-action Star Wars movies. 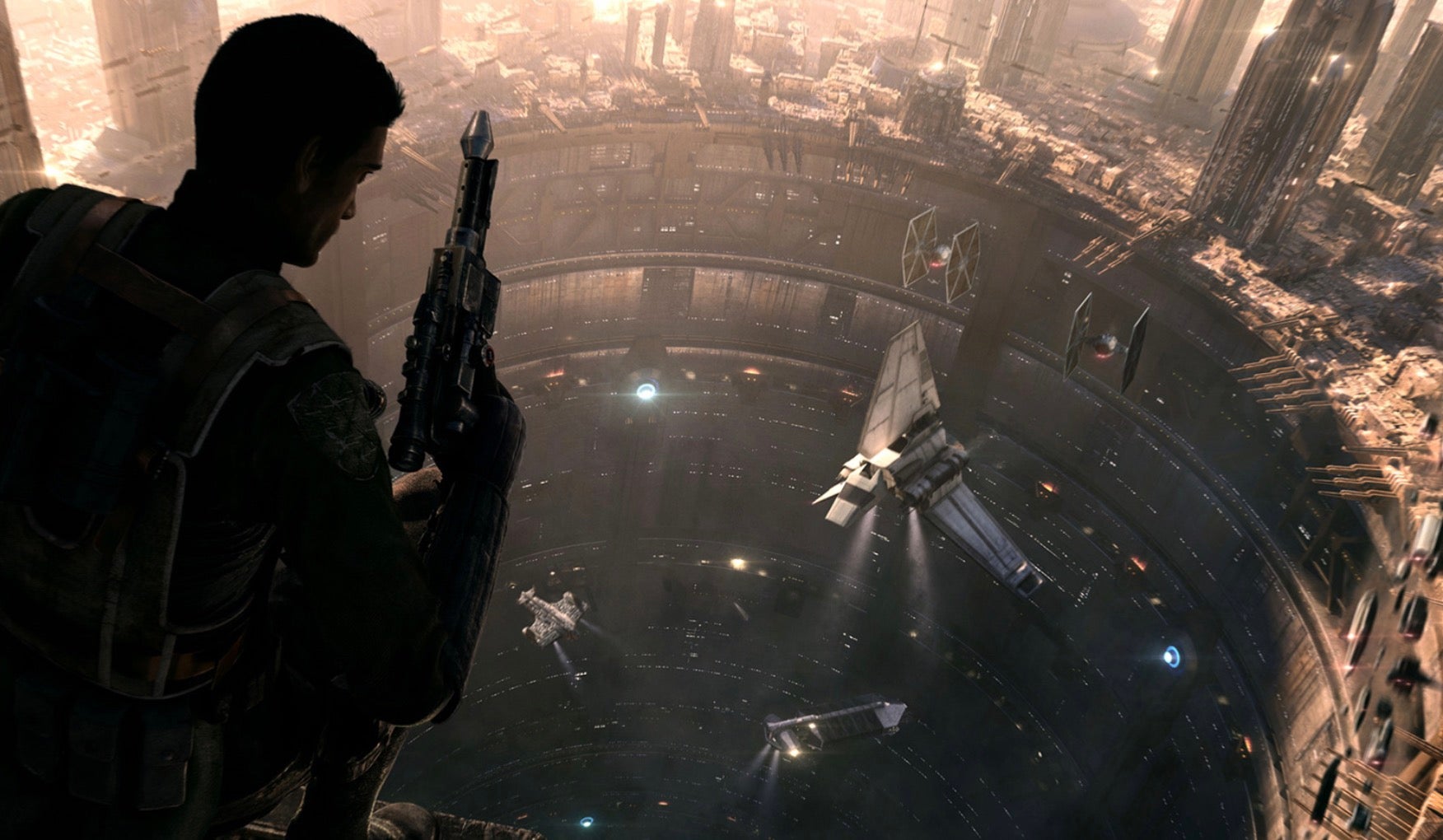 A deeper exploration of the criminal underworld

Some of the most popular characters in Star Wars have nothing to do with the Force. They’re the scum of the galaxy. The hustlers. The scoundrels. And up until now, they have played only tangential roles in the stories. We want more. We want double crossing, back stabbing, gambling, and way more bounty hunting. Putting fantastic comics characters like Doctor Aphra and her evil droids 0-0-0 and BT-1 into live-action would certainly fit the bill. It would also be super-cool to see Captain Phasma return, perhaps having ditched the First Order to begin a solo career as a bounty hunter out for Finn’s blood (although we know that’s probably unlikely, alas).

It’s worth noting that Star Wars has almost explored its criminal element several times in the past. Both the canceled video game Star Wars 1313 and George Lucas’ live-action TV show were rumoured to take place in the galaxy’s seedy underbelly. Hopefully we’ll get a good look at this in Solo: A Star Wars Story, or the constantly rumoured Boba Fett movie. Lucasfilm seems to know this is a ripe area for exploration.

A real Dark Side story

Star Wars films have always mentioned the Dark Side, but they have never really explored it. We know it’s an important facet of the universe, we know evil characters want power, but we’ve never truly followed that thread from beginning to the end. The prequels showed how Anakin became Darth Vader, but they didn’t really tell us anything we didn’t already know about the Sith or the Dark Side. Palpatine was already strong and evil when we met him, and the same goes for Kylo Ren and Snoke, to an extent. We’d love to see more along the lines of what Rebels and Clone Wars sort of did with Darth Maul, but bigger. Let’s meet someone and watch them train to be a Sith – let’s see all the ways their powers are different, and what (if any) their agenda is beyond just being evil and in charge. Let’s see the rise of a new evil in the galaxy, one that we love to hate. 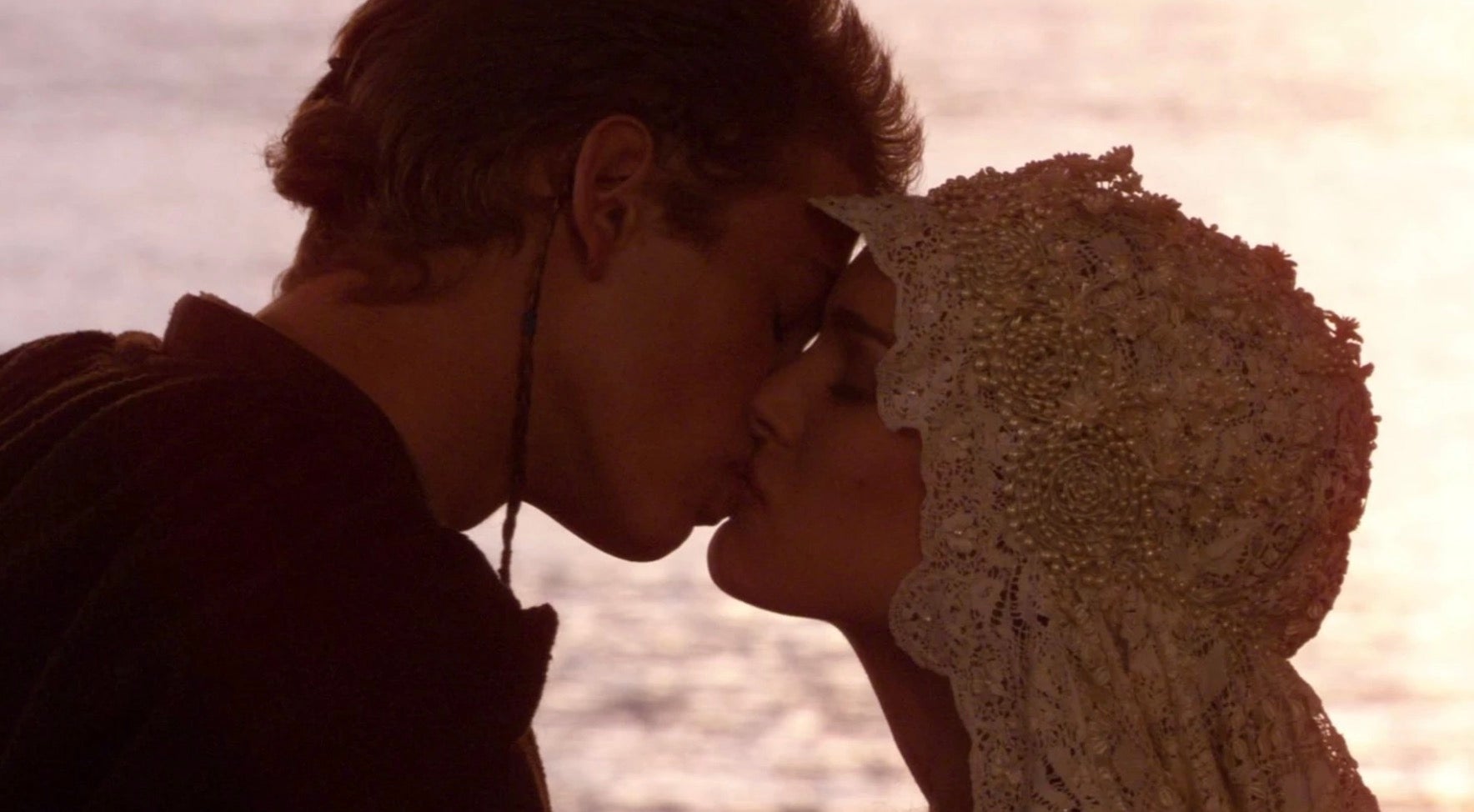 A love story with actual love in it

Yes, Han and Leia fell in love. And Anakin and Padme “fell in love” too. But the former was a secondary story and the latter was cold and unconvincing. Why can’t we have a straight-up Star Wars romance? The amazing novel Lost Stars proved that not only is it possible – but also that a galaxy far, far, away is a damn fine canvas for this kind of thing. There’s conflict. There’s drama. Redemption. Romance. George Lucas knew this, he just didn’t execute it well. It’s time to remedy that. 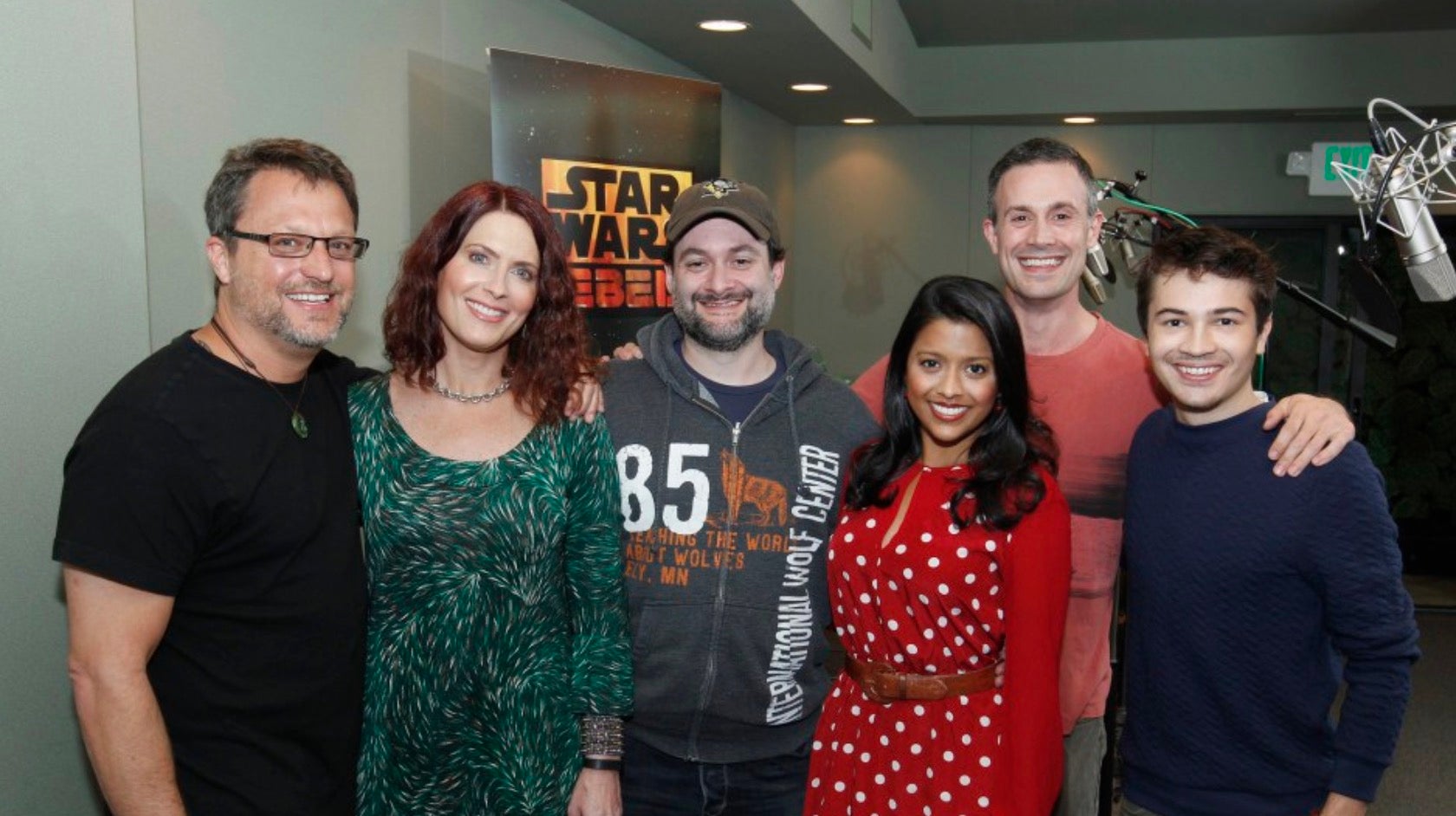 Voice cast of Star Wars Rebels, who kind of look like their counterparts by now. Image: Disney XD

To be fair, this might actually already be in the works. Characters from Star Wars: Rebels have already been teased in movies and one, Chopper, actually did pop up in Rogue One. But a droid is one thing; the Night Sisters, Thrawn, or Ashoka Tano – especially Thrawn Ahsoka – would be something else. We love the characters on Rebels and Clone Wars so much, we think it’s time they graduated to the big screen. We also know Rebels‘ Hera, at least, survives through Return of the Jedi thanks to a Forces of Destiny short, so she could theoretically show up in Episode IX. It’s a fun, easy way to keep the movies, the shows, and all the other tie-ins feeling connected. 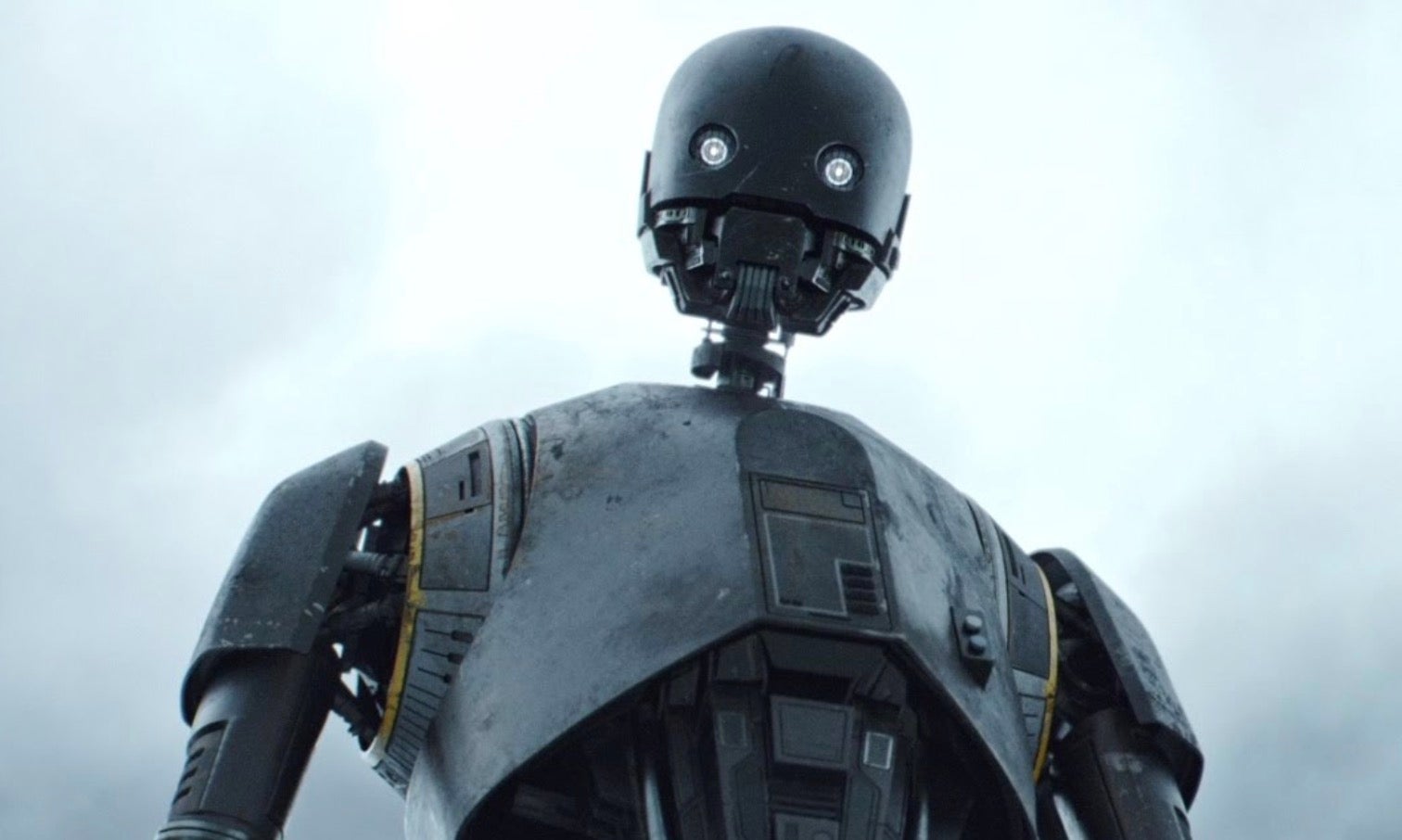 How have there been nine canon live-action Star Wars movies and not a single non-human lead character? Now, there have been tons of supporting characters: – K-2SO, Chewbacca, R2-D2, and C-3P0 – but where’s the entire story about an Admiral Ackbar or a droid like BB-8? The Star Wars galaxy has an incredibly amount of diversity in it, and humans don’t need to always hog the spotlight. 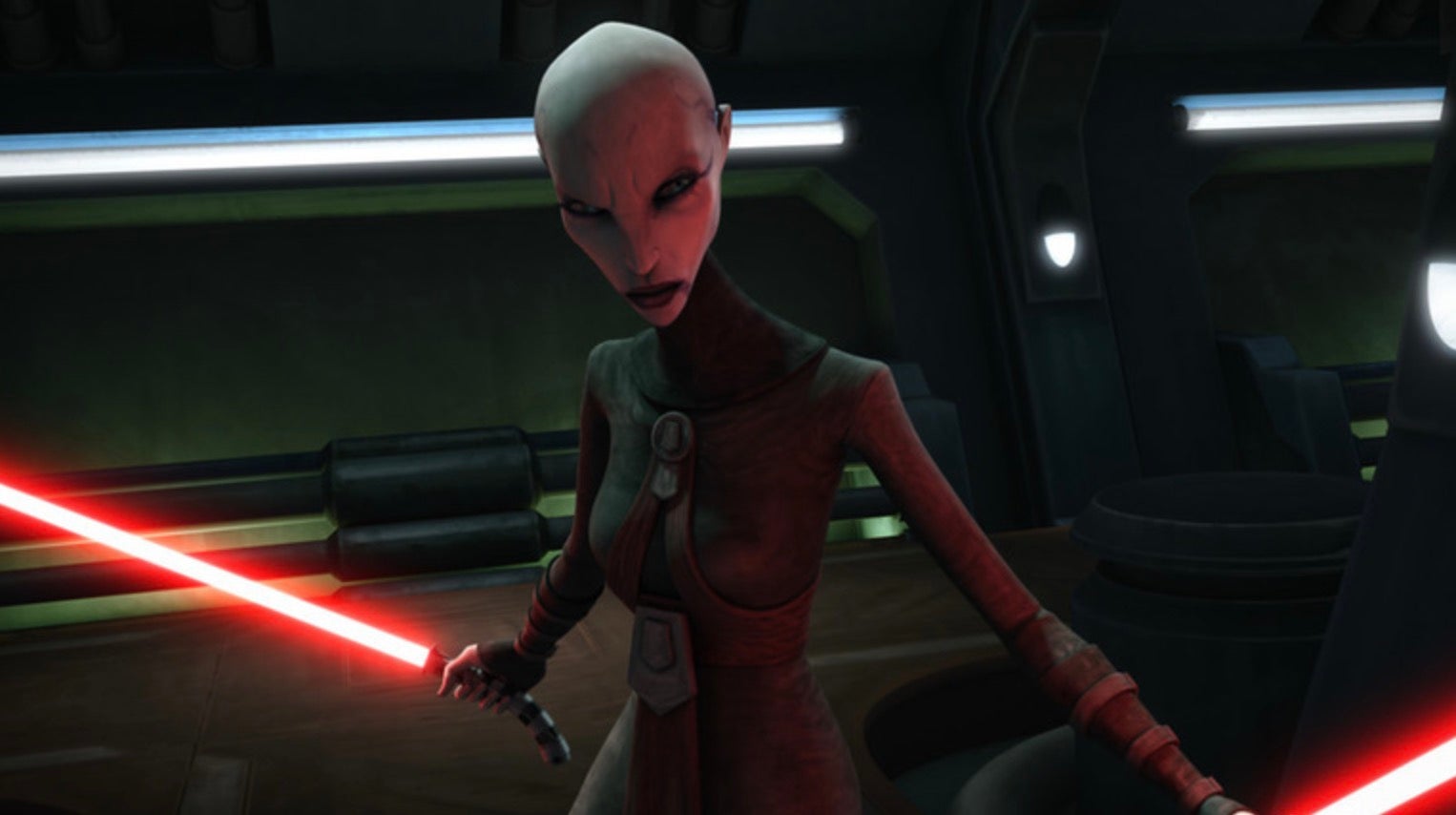 Palpatine, Snoke, Vader, Maul, Ren – we get it. Where are the killer ladies? Both the Empire and First Order have female officers here and there, plus Asaji Ventress was in Clone Wars, but these have all been supporting baddies. But what if the main villain in Rian Johnson’s new trilogy was the most evil woman in the galaxy? That would give it a delightfully new flavour. 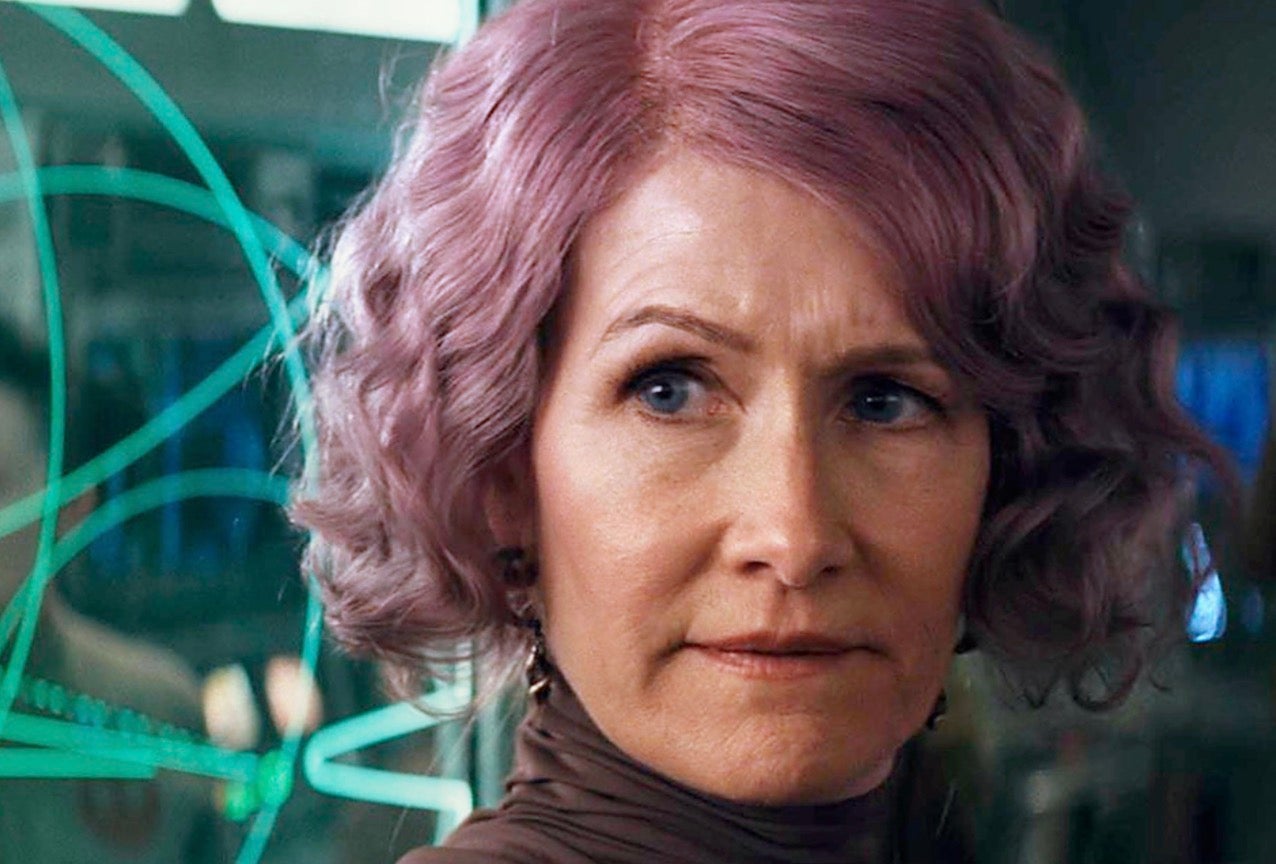 Literally a single, visible LGBTQ character who plays a real role in the saga

If a story is set in an galaxy filled with damn near infinite numbers of planets and species, it stands to reason that there are inhabitants who are not heteronormative. Yet none of them have been in a Star Wars movie, that we know of. Star Wars needs to fix this, not just because it’s the right thing to do, but because it makes the universe more believable.

A planet with an environment that is wholly different from Earth

Star Wars is always imagining planets with new environments. And by now we’ve seen sand, forest, cold, hot, wet, dry, underwater, on land, you name it. But even the crazy red sands of Crait can be found on Earth at Salar de Uyuni, where the scenes were filmed. So… what about something we’ve never seen before? Why are all of these planets so easily describable to us? Biology? Physics? Screw that. Throw it out. We want to see something completely different, something indescribable — a world that is truly alien. 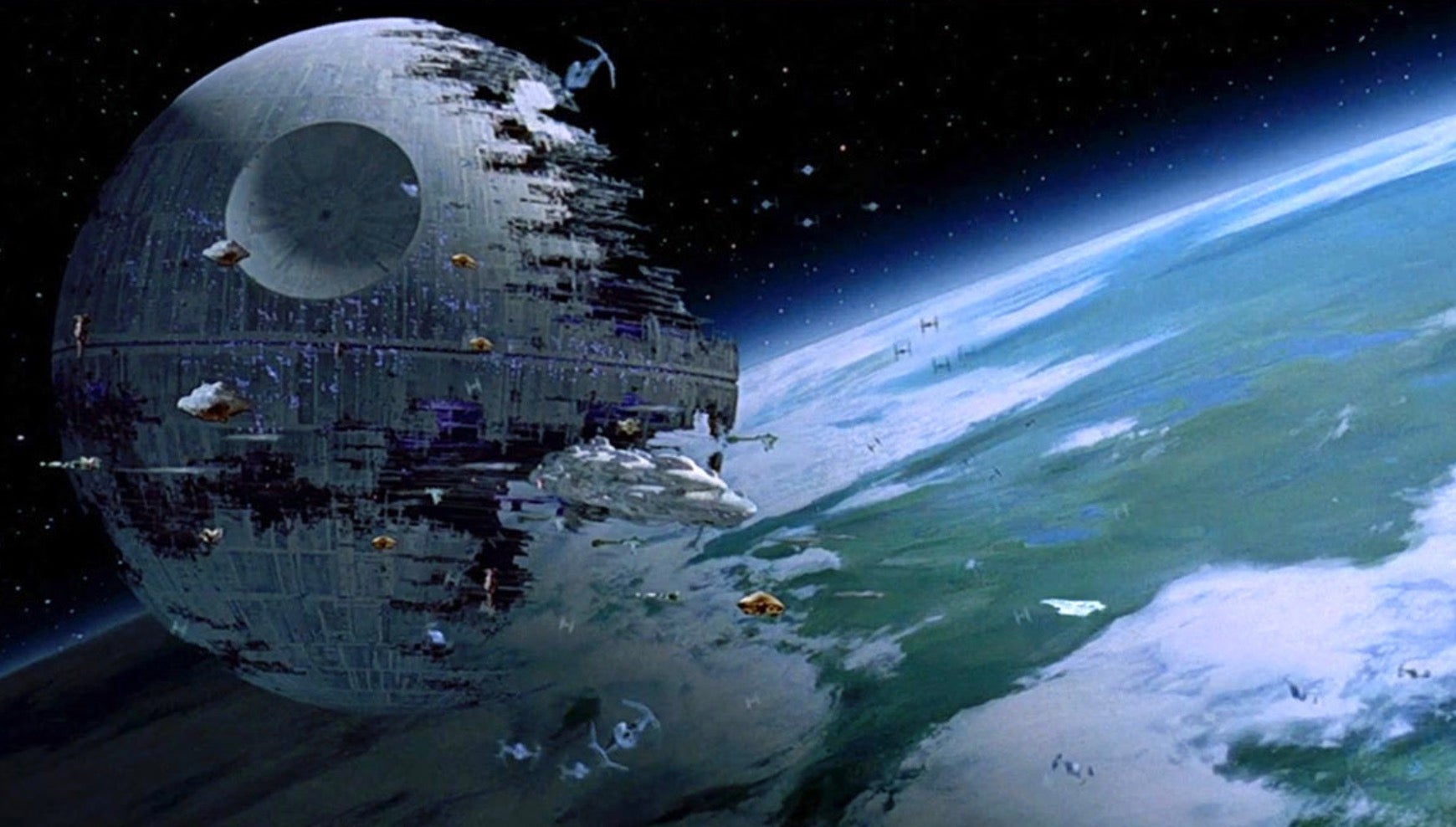 People in Star Wars generally land their ships either on another ship, a planet, or on a massive weapon designed to blow up planets. Where are the normal space stations? Not planets, not large ships, but mechanical structures in space that don’t kill people? Let’s see some of those — and, automatically, some of those lightsaber fights and unfamiliar environments become a lot more doable. 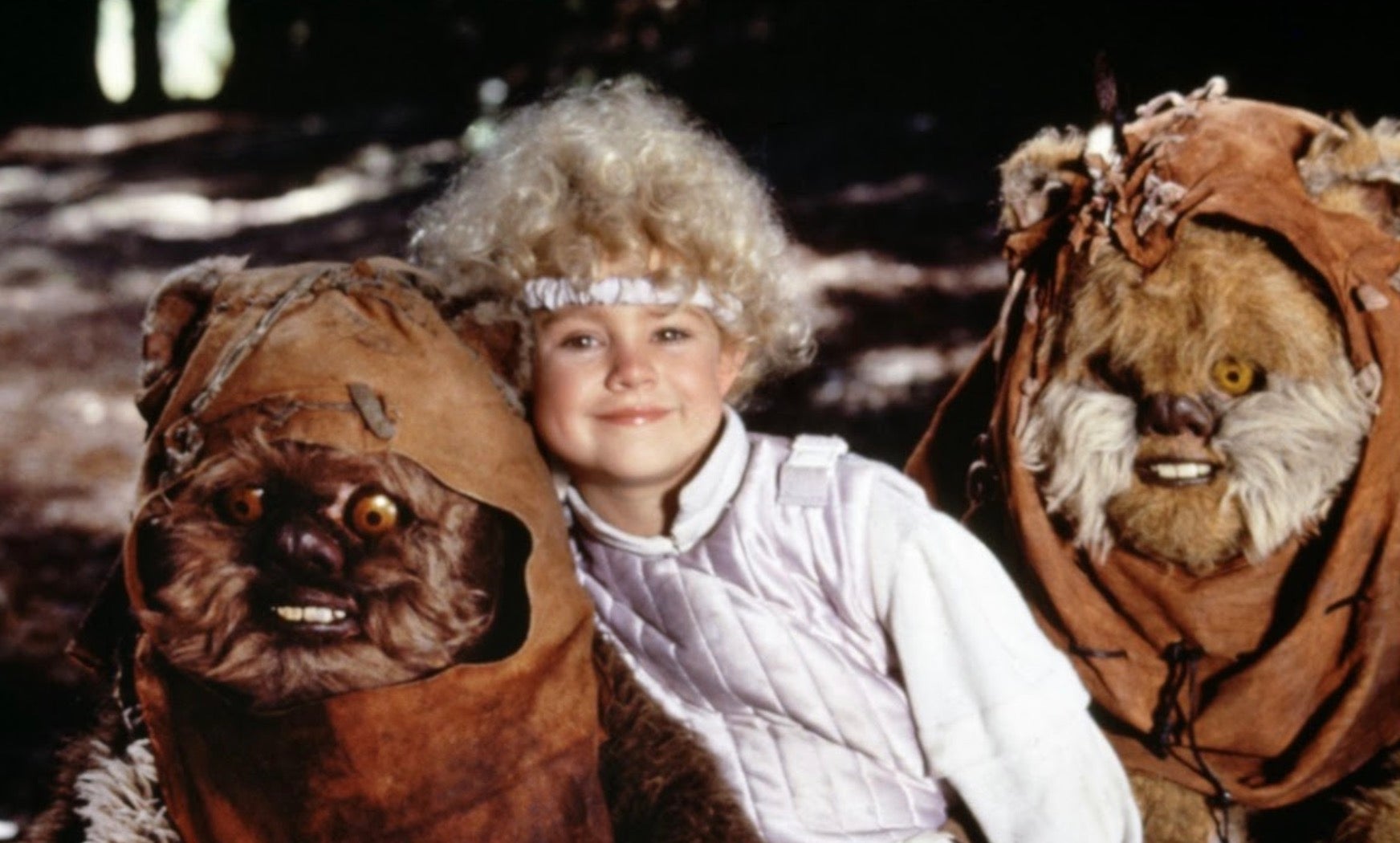 A PG (or G) Star Wars movie for younger kids

Years ago, George Lucas released an animated Star Wars movie for kids — a precursor to the Clone Wars cartoon – and it was bad. Nowadays, all big blockbusters need to be PG-13 to maximise ticket sales, which usually necessitates incorporating a certain amount of violence. The result is that young kids have to wait until they’re older to see the Star Wars movies they’re buying toys for and playing games about. This is bizarre. Since Disney is committed to churning out Star Wars films, why doesn’t it also make a PG-rated one? All three movies in the original trilogy (and the first two prequels) were PG – it’s who the franchise was meant for. Besides, you know adults would still watch it anyway.

Several years ago, there was a rumour that Zack Snyder pitched Lucasfilm a Star Wars story that was basically Seven Samurai with Jedi. Of course, that never happened, but we want to see it anyway. Yes, some of what we’re saying in this article is pushing a Star Wars without the Jedi — but if we must have more Jedi, let’s really see them at their primes. We got plenty of that in The Clone Wars but we’d love to see it on the big screen. 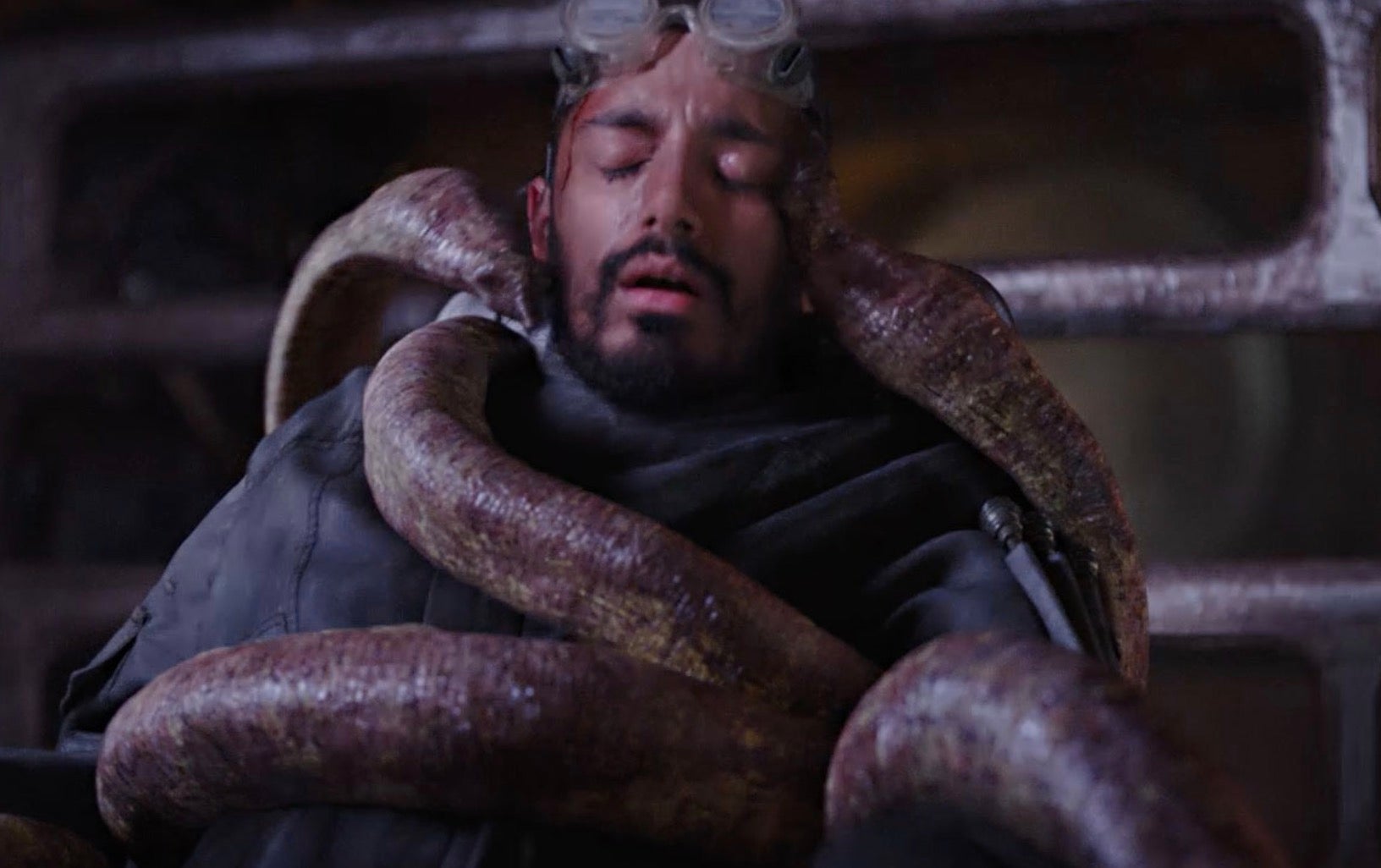 There very much appear to be powers in Star Wars that aren’t related to the Force. Why are Toydarians immune to Jedi mind tricks? What the hell does Bor Gullet do? Does a japor snippet really bring good fortune? We don’t need a whole movie on this, but there seem to be some beliefs and mysticisms in the universe that are not related to the Force… and we’d like to know more. 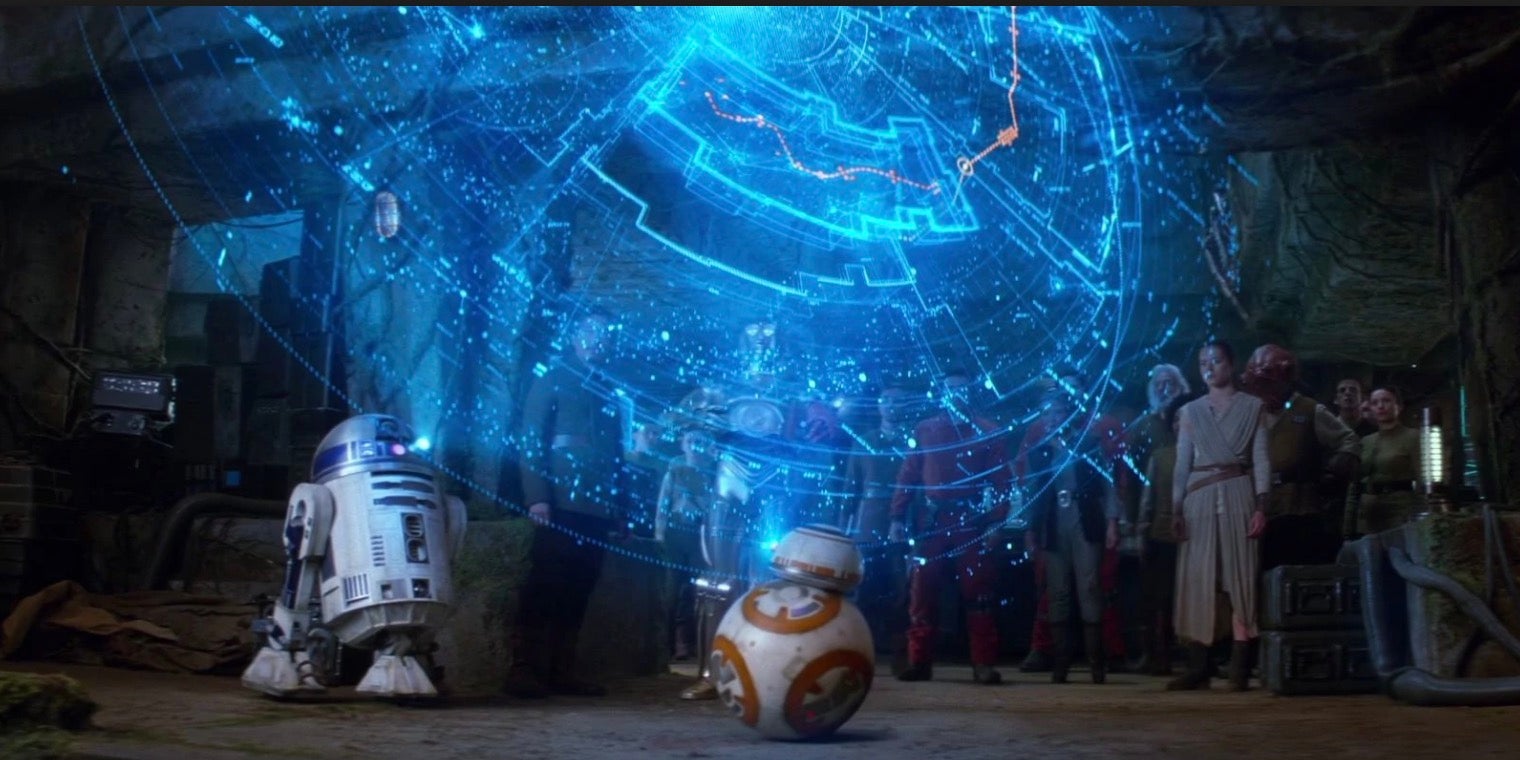 Thrawn, Snoke, random baddies – they almost always come from the “unknown regions” or “wild space,” places further even than the Outer Rim. Wild space is like the galactic frontier – the barely explored wilderness of the galaxy – while the Unknown Regions lie beyond it. A movie set in a location where the civilisation that defines the Star Wars setting doesn’t really exist sounds fascinating! Besides, conceptually, it’s nice to have this undefined place to shove things to make them mysterious. Lucasfilm, stop being vague and show us what all the fuss is about.