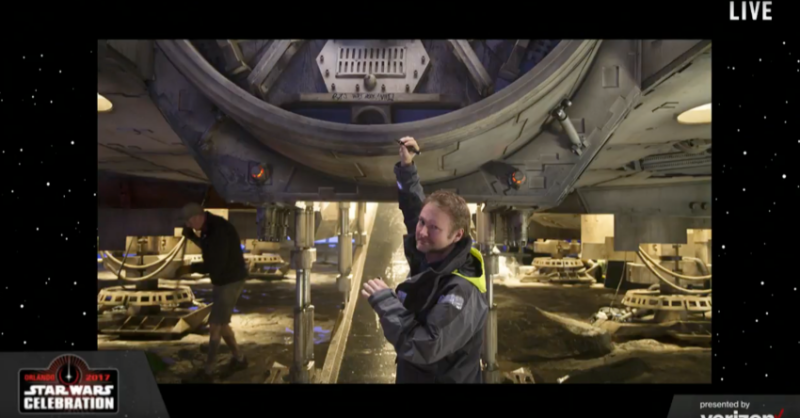 To say that there's been uproar since The Last Jedi came out would be an understatement. Some angry fans think that director Rian Johnson came into the project deliberately looking to re-write mythology but he says that wasn't the case.

An interview in Wired gives insight into Johnson's headspace while making the movie and now that it's out he had this to say:

Well, and you can tell me if I'm wrong here, but with The Last Jedi it felt like you were trying to push the idea of what a Star Wars movie could be a little bit further.

Johnson: That wasn't a stated goal, pushing it forward or changing it or something. I just wanted to make a great Star Wars movie. The thing is I wanted to make a great movie also. That means creating drama with these characters, and that's going to mean throwing tough stuff at them and taking it to new places. I wasn't coming in thinking, "We gotta freshen this up! How do I evolve this?" That was the last thing on my mind. But I also came in trying to be unafraid of going to some places if that's what the story ended up requiring.

These comments are in line with what Johnson said when io9's Germain Lussier interviewed him a while back. The Last Jedi is the story he wanted to tell, told the way he wanted. As for what's next for him in the Star Wars universe, Johnson again repeats that he's still figuring out the shape of the new trilogy he's spearheading. He says it's possible there will be no crossover from the previous films and that he wants to try and make Star Wars more inclusive in terms of writers and directors:

Is the new trilogy something you could bring other writers or directors in for? I saw a quote from you the other day where you said you'd like to see more women and people of colour directing Star Wars movies, is this an opportunity to do that?

Johnson: Hell yes. Yeah, I'm thinking about that, absolutely. I know I'm going to write and direct the first one, I know I'm going to come up with the story for the entire trilogy. Beyond that, I just don't know yet. We're still figuring out how this going to go. But all of those things you just listed are very much on my mind right now.

Go check out the whole interview over at Wired.