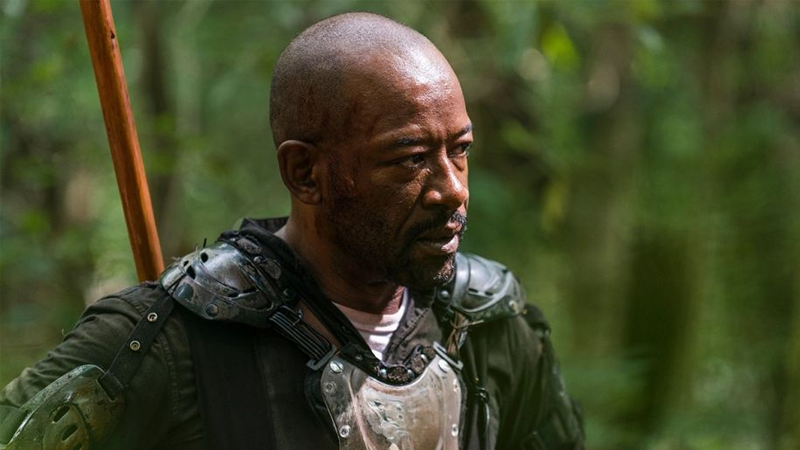 Announced during yesterday’s post-TWD talkshow Talking Dead, James will transition from The Walking Dead to become a major player in Fear‘s upcoming fourth season, which promises to be a major shakeup for the spinoff series after season three ended with the fate of most of the cast up for grabs and the action pulled away from the Mexican-American border for a move to Houston, Texas. But considering Fear has up until now vaguely been set in the relatively distant past of The Walking Dead – the early months of the zombie apocalypse that Rick Grimes spent in a coma – it also means a jump back in time for Morgan as a character.

How far back remains to be seen – Morgan’s past before he really joined up with Rick’s gang of survivors has mostly been dealt with in the main show through flashbacks to the time between his encounters with Rick. But in a statement released during Talking Dead, TWD showrunner Scott Gimple teased that Morgan’s current arc in the show’s eighth season will set up his journey to Fear:

Morgan’s arc on The Walking Dead season 8 positioned him for the story on Fear. It was also important to see Fear‘s world and characters through new yet familiar eyes.

Gimple did vaguely add that there is a “lot of story left” for Morgan on the main series, though, so despite his impending exit from the show for now, it may not necessarily mean that the character will face the typically gruesome fate most exiting Walking Dead characters do. But James himself did say that, at least for now, he has said his goodbyes to the cast and crew of main show to head to the apocalyptic, still zombie-ridden pastures of Fear.

Fear the Walking Dead‘s fourth season is set to air in 2018.