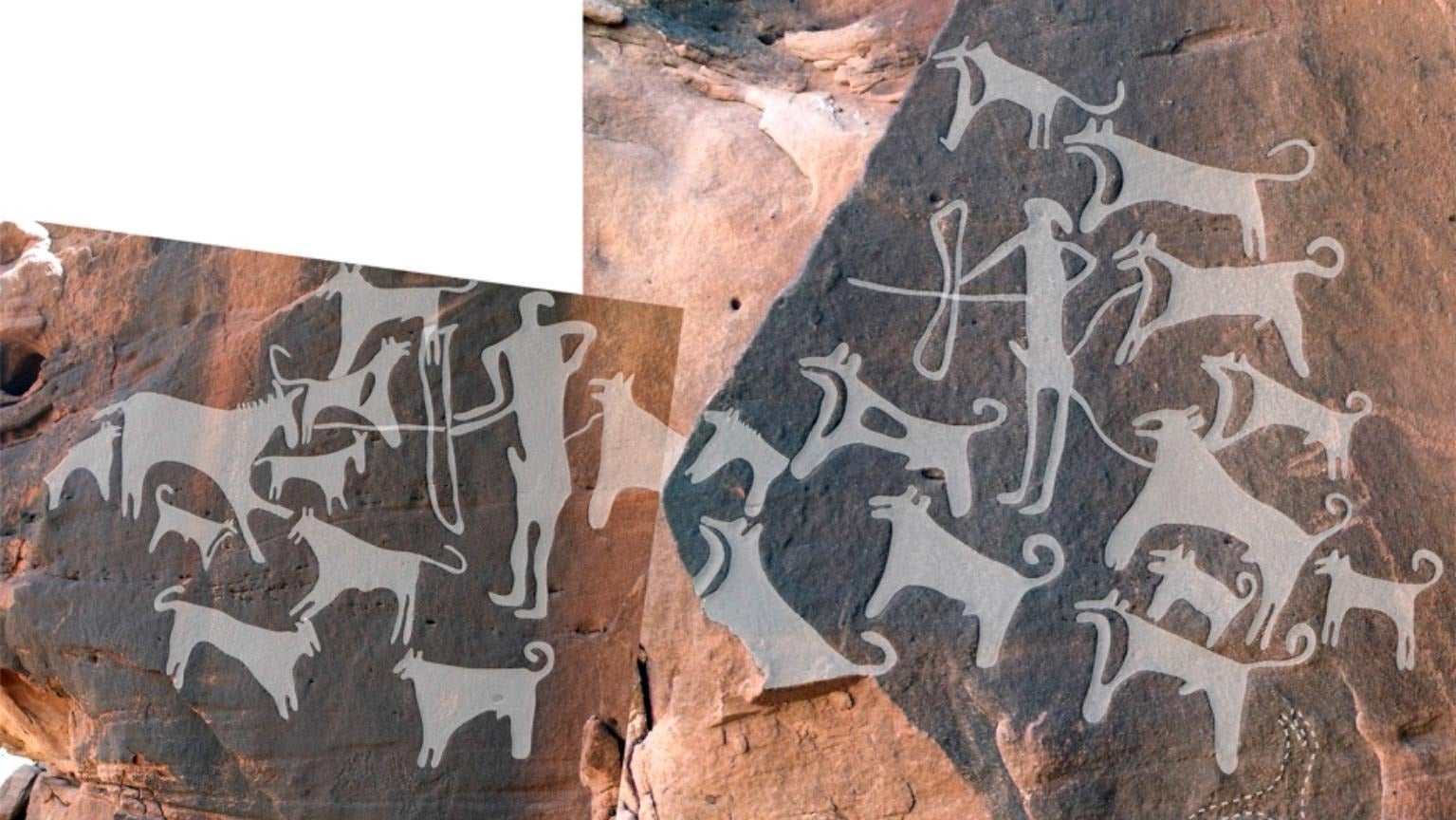 A new analysis of ancient rock art demonstrates that humans hunted with dogs on the Arabian Peninsula over 8000 years ago – and it looks like those dogs wore leashes.

There are a lot of questions around the origin of dog domestication, such as when, where and how it happened. But a newly analysed set of panels depicts scenes of leashed dogs hunting alongside humans. Not only would this be the “earliest evidence of dogs on the Arabian Peninsula,” according to the study published recently in the Journal of Anthropological Archaeology, but it’s also the “earliest evidence of leashes”.

“The panels… indicate that dogs were a critical part of Pre-Neolithic hunting strategies in Arabia,” according to the paper.

Archaeologists found the panels in two sites in northwestern Saudi Arabia, one called Jubbah near an oasis and another called Shuwaymis near a wadi, a dry valley that floods and becomes more lush during wetter periods. These sites depict thousands of animals carved into rock, including 193 dogs at Jubbah and 156 dogs at Shuwaymis. Some, but not all, of the dogs have lines carved into the stone from their neck to their presumed owners. The scientists also note that they have features similar to the modern-day Canaan dog. 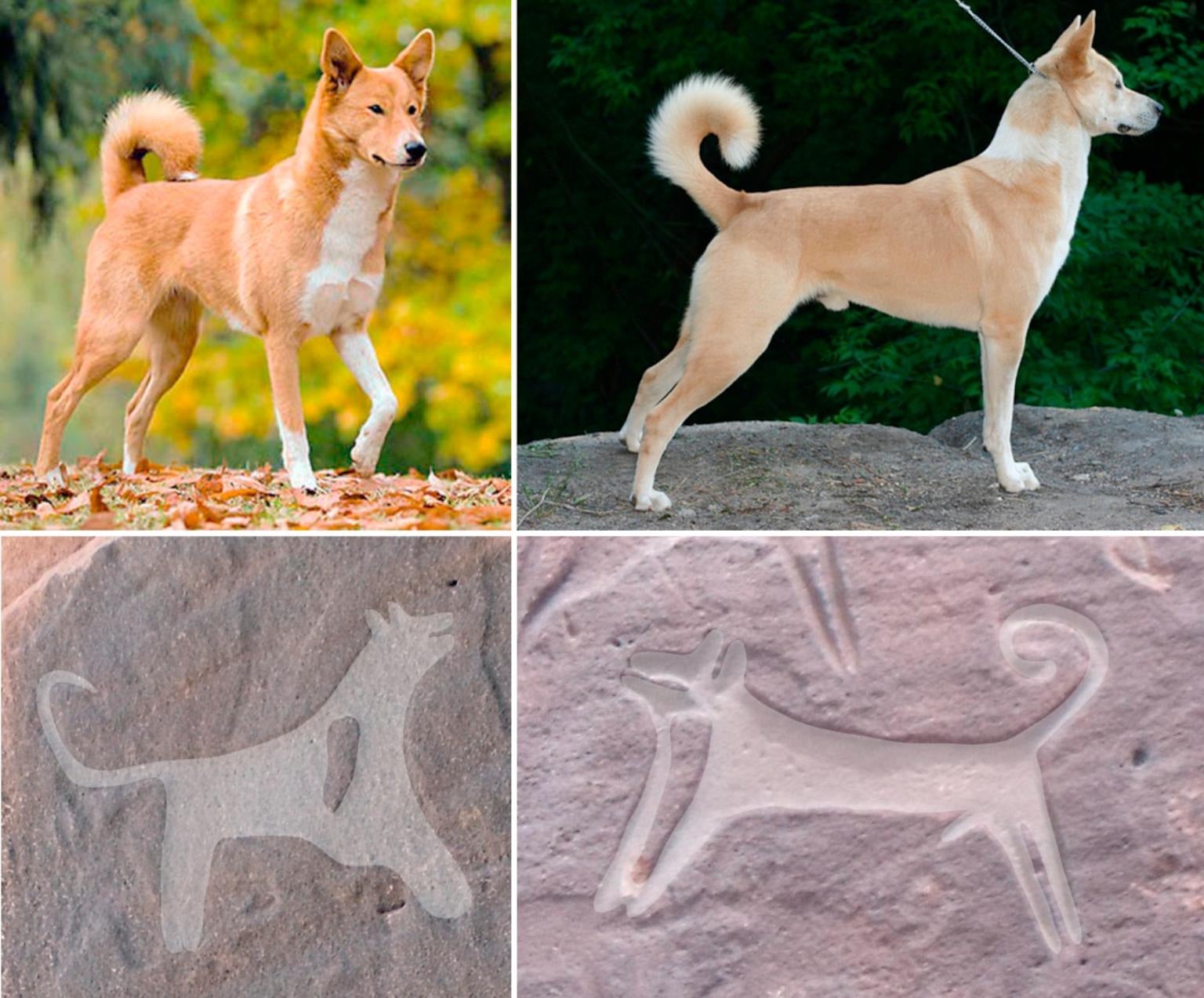 Dating rock art requires inferences based on the location of the rocks and the placement of the carvings on the rock which makes accuracy difficult, according to the study. One archaeologist, Paul Tacon from Griffith University in Australia, told Science that the time estimate for this study, between 7000 and 10,000 years ago, is sound. However, he cautioned that the lines might be symbols rather than physical representations of leashes.

The study’s importance lies in how it might shed light on human behaviour in the Arabian Peninsula in the pre-Neolithic era, in which dogs would have played an important role. It additionally “highlights the potential of rock art in providing evidence for the control and use of early domestic dogs”.

The scientists now need to do further digging and see if they can actually find dog remains dating back to the era.