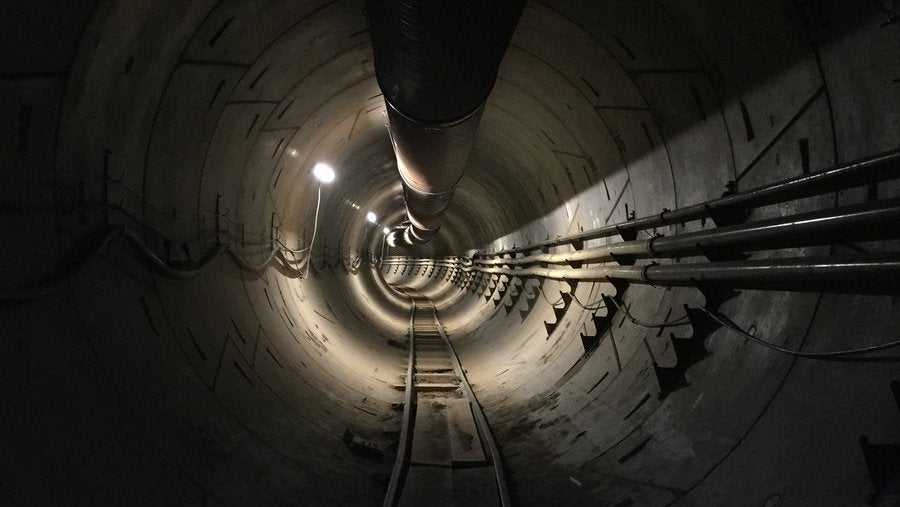 Elon Musk and his Boring Company have been very busy digging a deep, long hole under Los Angeles, and Musk wants to show it off.

On Saturday, the Tesla and SpaceX CEO posted the first glimpse of a mostly finished portion of the Boring Company’s test site in California. Said tunnel looks pretty legit by tunnel standards, with cabling, paneled walls, what looks like ventilation, and some kind of track — it’s unclear whether it’s intended to carry construction equipment or prototype vehicles, but it does look far too small to carry the Boring Company’s monstrous Godot drill.

In a subsequent tweet, Musk expressed his desire to keep on boring until the tunnel stretches from the airport to U.S. Route 101, which would be quite a feat as the proposed route would require drilling through Santa Monica, Brentwood or possibly Beverly Hills.

The portion shown off above is “500 ft so far,” he wrote. “Should be 3km long in three or four months and hopefully stretch the whole 405 N-S corridor from LAX to the 101 in a year or so.”

Musk was originally restricted to tests on SpaceX company grounds, but received the go-ahead to begin digging the tunnel further from the Hawthorne City Council in August.

Musk’s stated end goal is to build a vast network of tunnels zipping with electrically powered sleds carrying both passenger cars and possibly some form of small people mover at 201km per hour, in theory diverting some of L.A.’s infamous gridlock into a faster secondary transportation grid. But he’s also been up front that the Boring Company is sort of just a cool experiment inspired by his woes with traffic.

I am actually going to do this

Even if that experiment is successful, building it on the massive scale shown in his concept videos would require tearing up huge stretches of the city, and thus beating an unfriendly regulatory environment, not to mention billions of dollars in funding.

We’ve asked the Boring Company for some more info, including just what that track is intended to carry, and will update this post if we hear back.