The New Nest Thermostat Is Pretty For the first time ever, Nest has redesigned its iconic smart thermostat. The new Nest Thermostat E basically does the same stuff the old thermostat did, but it's not black and steel any more. It's all white, like the front half of a classic iPod. Very pretty!

The new Nest Thermostat E, like its predecessor, is a smart thermostat that promises to save you money by learning your habits and adjusting your air conditioner or furnace accordingly. This round little innovation knocked people's socks off when it came out in 2011, in part, because few people had ever contemplated the promise of a regular old household gadget that connected to the internet and could be controlled with a smartphone. And nobody had ever seen such a nice-looking thermostat, either.

The new "E-is-for-everybody" edition almost looks like a different gadget. The dark glossy face has been replaced with a frosted white situation that's designed to blend in with your home. The formerly silver ring around the edge is also white now, and all the colours are nice and soft, almost like pastels. You're supposed to notice a big difference in how the new thermostat displays information. The front glass has a matte film on the inside, so that the digital display doesn't look so much like a computer screen. In the words of Nest's head designer Sung Bai, it feels "like watercolor." When the display is off, the Nest Thermostat E is just a white dot on the wall. 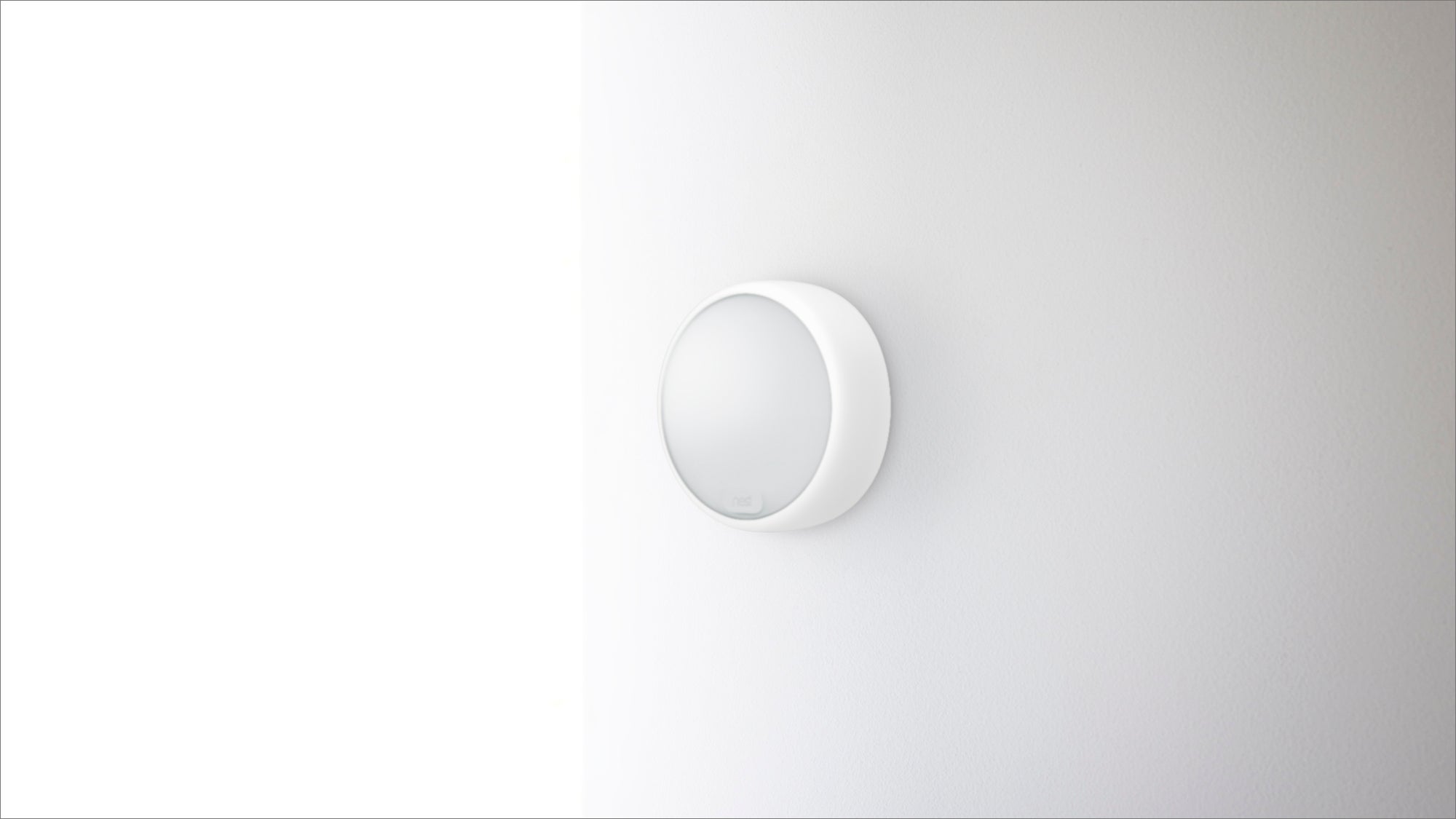 The aesthetic adjustment makes good sense for Nest. As other smarthome companies have played catch up and released fancy thermometers of their own, Nest has lost some of the cachet that made it turn heads back in 2011. Nest did buy DropCam for half a billion dollars a couple years ago, but security cameras aren't quite the cool factor the company needs. Whether an all-white design with a curious frosted glass display will fill that need remains to be seen.

In addition to the new design, the Nest Thermostat E comes with a pre-set schedule to save energy so you don't have to worry about a custom setup if you don't want to. And honestly that's it. The new Nest, a lot like the old Nest but prettier. You can buy one now on Nest's website for $US170 ($214), which is a good bit cheaper than the old $US250 ($315) Nest Thermostat by the way.