This New Blade Runner 2049 Clip Goes Beyond The Cyberpunk Skyscrapers 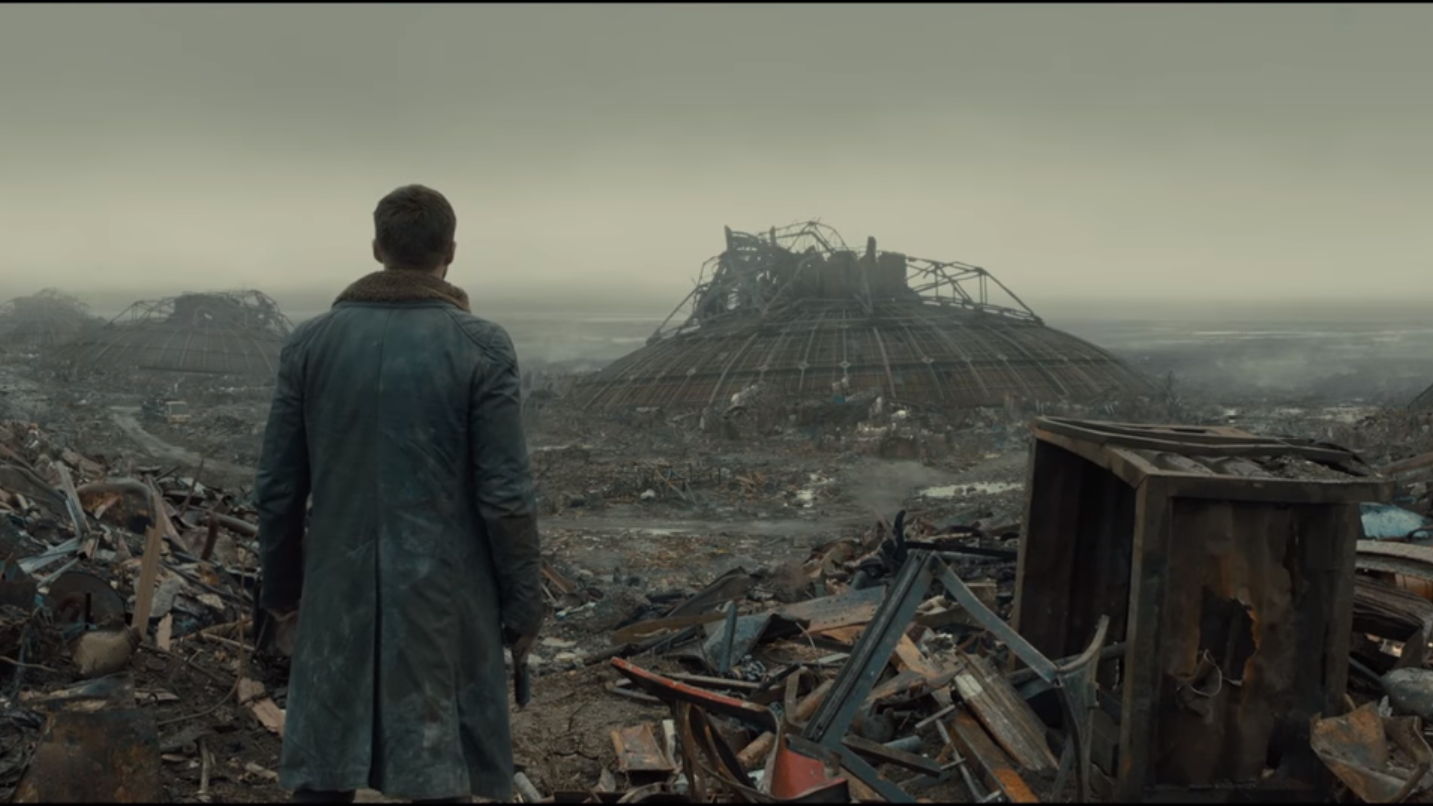 Glittering lights. Neon decay. The overwhelming sense of being both overcrowded and half replaced by broken-down machines. The visionary design of futuristic Los Angeles is a centrepiece of Blade Runner's lasting appeal. But this new clip from the sequel takes us away of the familiar skyscrapers.

The footage, which is technically the first full clip of a scene from Blade Runner 2049, shows Ryan Gosling's young detective approach a ruined dome in a vast futuristic dump, with overcast grey skies looking down on the sea of brown and grey below. Inside are children, a lot of them, and a rambling caretaker who is immediately revealed to be something a bit more sinister.

I'm not sure if this clip makes me more interested in the new Blade Runner or less. From one angle, it's nice to linger in a location that feels like a clear aesthetic departure from the original. This is a new place, with a new mood that is related to but not identical to the original. But it also feels a little generic, maybe. But we're also so heavily saturated with interesting sci-fi aesthetics that I'm not sure 2049 could show something that really felt new even if it tried. I dunno.

You can watch the clip below, courtesy of Deadline. Blade Runner 2049, directed by Denis Vileneuve and starring Ryan Gosling and Harrison Ford, will be in theatres October 6, 2017.