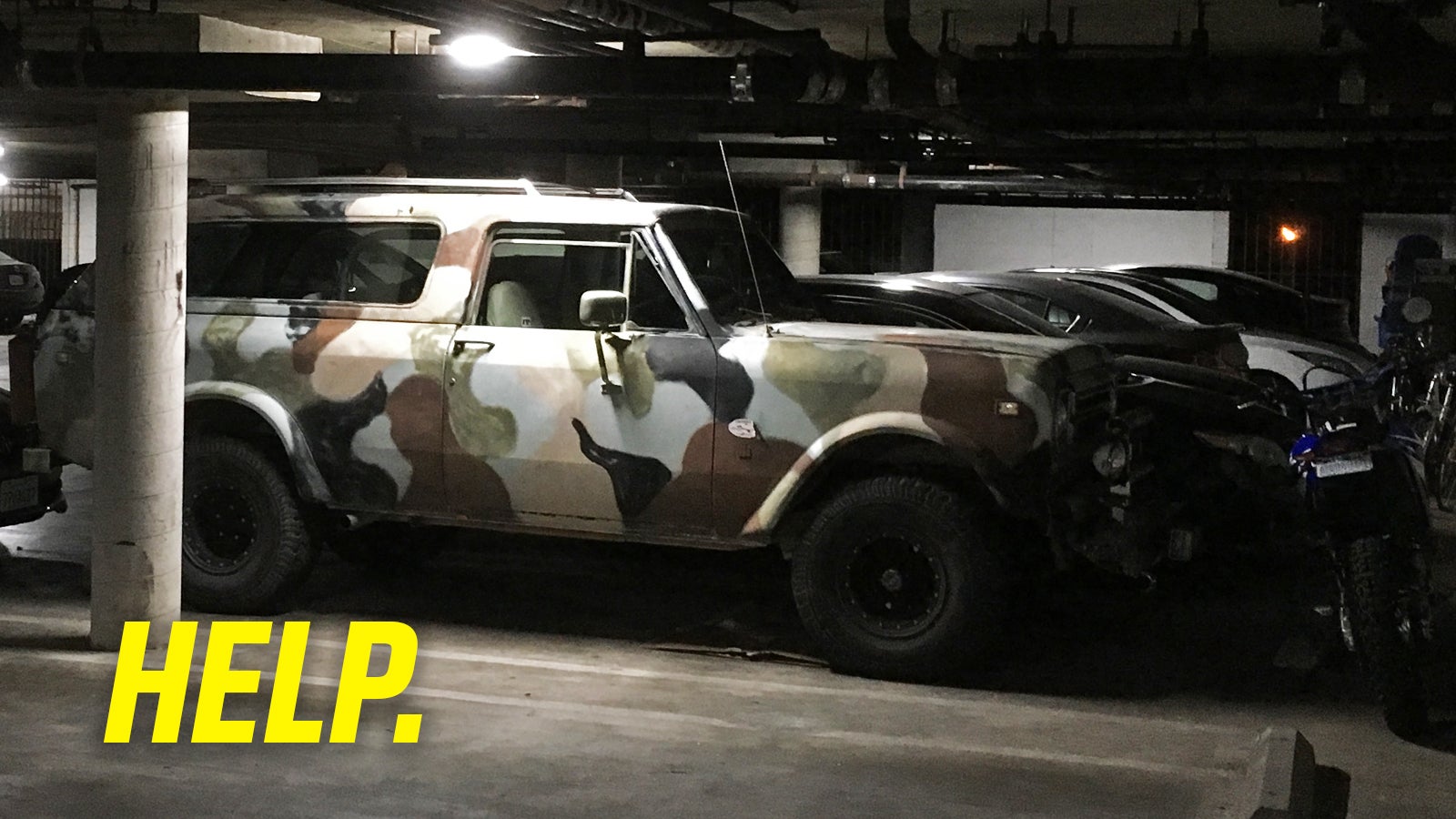 Do-it-yourself’ing isn’t for everybody. Even a job as basic as changing a car’s oil is sometimes better left to a pro if you don’t, I don’t know, ever want to be dirty. There are some “repair jobs” that really are as easy as snapping to Legos together. Somehow, I have been vexed by one of those jobs for half a year.

If your car’s new, like built in the last 40 years or so, it probably uses gas-charged shocks to lift and hold heavy parts. Namely, the trunk, tailgate or if you’re really fancy, the hood.

That little stick that makes the shhhwooop sound when you open the hatch on your minivan? Yeah; “lift supports.”

When they fail, replacing them is as easy as tugging a retaining clip and gently-but-firmly pulling, removing, then doing the same thing in reverse with a new piece. As long as you have a safe way to hold the hood or hatch or whatever while the shock’s being removed, this task is literally easier than changing wiper blades because you don’t have to stretch yourself over the hood of your car.

Anyway, the gas shocks holding the tailgate on my ’75 International Scout were fried when I got the truck. Shocker, I know. I’d been using a piece of PVC pipe, passed down to me from the truck’s previous owner like a sacred talisman, to hold the rear window up when I loaded the rig with groceries.

In retrospect, I could have at least replaced the plastic pipe with something, anything less sketchy.

The plastic-pipe system was working ok, until my second trip to Trader Joe’s some Sunday. I’d gotten the wrong flavour of almond butter, because of course. When I went to toss the shopping bag I’d loaded with unsalted almond butter and some hot dogs I saw on my way to the register, I pulled off the rear tire carrier, opened the lift gate, dropped the tailgate, positioned the bag, slammed the tailgate… and completely forgot that the mother-freaking-50-pound piece of rear glass was being held up by a wobbly plastic pipe.

My traitorous PVC piece got loose immediately, and the window came down on my fingers with the kind of pain that’s so massive you can feel it creeping through your body, building momentum, and finally surging like flames across an oil slick.

My digits were frazzled for a solid 72 hours afterwards, and I vowed to fix the fucking lift support shocks.

At first I tried the obvious option; seeing if one of the local auto parts stores could get the part for a 1975 International Scout. They could. $US40 a piece. I passed.

Junk yards, which consume more square mileage in Los Angeles than the town I grew up in, sell this type of part for about $US6. But, believe it or not, a solid day of searching yielded zero viable replacements to the dead part I’d brought along for reference.

I left Sun Valley disheartened and down $US2. Did you know you have to pay admission to walk around an oil-stained parking lot full of harvestable car carcasses down here?

My next idea was to get universal shocks. When three tries from an AutoZone’s offerings wouldn’t fit, I abandoned that scheme too.

Keep in mind, weeks were going by between these engineering attempts. I don’t mind working on weekends, but there’s only so much porch sittin’ time I’m willing to sacrifice at once.

My frustration eventually escalated to a willingness to pay slightly more for these stupid parts, so I ordered a pair at about $US20 a piece from a RockAuto.

That’s a pretty large and reputable shop, so you can imagine my surprise when the parts arrived and didn’t fit.

Double-checking the number, and the listing, I incredulously contacted customer service which for sure thought I was too dumb to perform, literally, the simplest automotive repair task, but begrudging issued me a refund as I shipped the shocks back.

After a full year of owning this truck and six months of having this repair on my list, I gave up and pay O’Reilly Auto Parts $US80 to order me the correct shocks.

“It will be a couple days,” my parts guy warned. Days, months, did it really make a difference?

The parts arrived in time, alright. But just like the RockAuto shocks, they did not fit. Tried as I might to force them into place, which is explicitly against what’s written on the packaging, the pieces were simply too long to fit from their prescribed hinge points..

It turns out I’m not crazy, I don’t suck that much at mechanics and I wasn’t being pranked. I showed some fellow Scout owner friends what had been vexing me, and before I could finish explaining: “Whoa, cool tailgate!” What?

The Scout II came in three variations: the standard truck that’s short like a Ford Bronco, a long wheelbase Traveller (like mine is) and a Terra, which is the long body with a short cab and no rear seats to make a pickup truck.

It turns out, some enterprising previous owner of my particular truck had mixed-and-matched the Terra’s pickup truck tailgate with a custom-cut rear glass piece. Apparently the Traveller is supposed to have one giant liftgate, while mine splits horizontally.

The yellow truck is a “standard” Traveller, while my camo one has an apparently unusual combination tailgate.

It had never occurred to me it might not be factory. Or, if it was, a rare enough configuration that my friends are convinced it has to be custom.

So the moral of this whole story is pretty simple: never underestimate the creativity of your car’s previous owner.

After returning to O’Reilly armed with this information and the measurements of the dead lift support I’d removed, I convinced the incredibly patient employees to paw through their entire catalogue of parts with similar dimensions to get an idea of what might fit.

It would have been a lot easier to read the part number off the shock, but of course, there was none to be found.

We finally settled on something close, with almost the exact same dimensions as the dead piece, and as I write this it’s on its way to the shop for me to pick up.

What do you guys think, is this going to be the one or what?