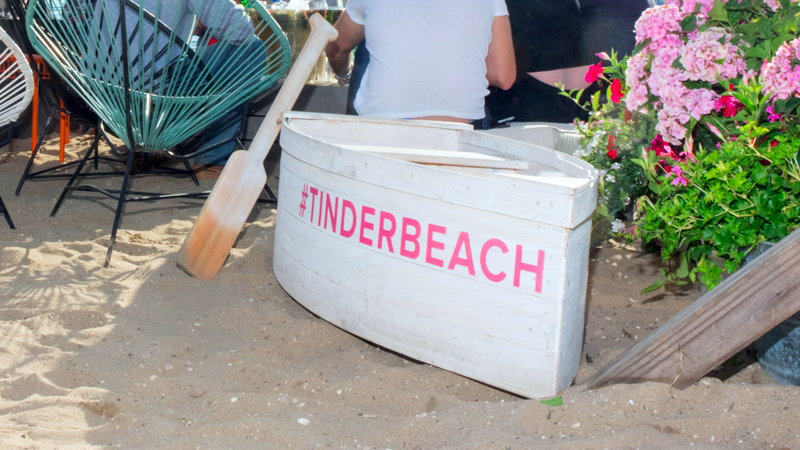 For humble swipers looking for love, double-fisting your phone and a slice of pizza on the couch is a fitting setting for mediocre matching. But for Tinder’s dating app elite, only a sick beach house party in Montauk will do. Just make sure your host has the proper permits, or the only match you’ll end up making is with local authorities.

Tinder Select — an invite-only version of the dating app for the rich, famous and beautiful — hosted a series of parties at telecom mogul Michael Hirtenstein’s oceanfront home last month. Over the weekends of July 14 and July 21, cops reportedly visited the property multiple times due to noise complaints from neighbours. From Page Six (emphasis ours):

Officers found that the party was over capacity and Tinder didn’t have a required events permit. Organisers had installed a skateboard ramp, a DJ and a garden tepee for those tender Tinder moments.

The next week, Tinder submitted a request for a party permit, but then crossed it out on the form and instead asked for a wedding permit, according to a government official, but after being denied, they threw the party anyway.

According to The East Hampton Star, an executive at Tinder rented out the property on Old Montauk Highway for the month for $US135,000 ($169,493) to host the Select parties. Now, Tinder marketing director Joshua Metz reportedly faces $US20,000 ($25,110) in fines and the East Hampton town board has moved to seek a temporary restraining order against the company to prevent it from hosting any more parties.

“They rented the house for July and told me they were having small private events,” Hirtenstein told Page Six. “When I heard neighbours complained and the police were up there, I sent [Tinder] a text saying, ‘Get out of my house,’ and they were like, ‘We already did.'”

Luckily for us non-elite, we can still peer into the world of high-swiping society thanks to Instagram. The select sure do love their hashtags.

Thank you @tinderselect for the cutest set up ever this weekend in Montauk! This was one of my favorite events, such amazing décor and great vibes all around ? #SELECTmontauk

Back to what I love. A perfect selection. Swear I'm not dating an orange cart. #aperolspritz #montauk #selectmontauk #hamptons #bubbles #selecthouse #july

[Page Six via The Cut]