This $740,000 iPhone Robbery Sounds Like The Craziest Heist Movie 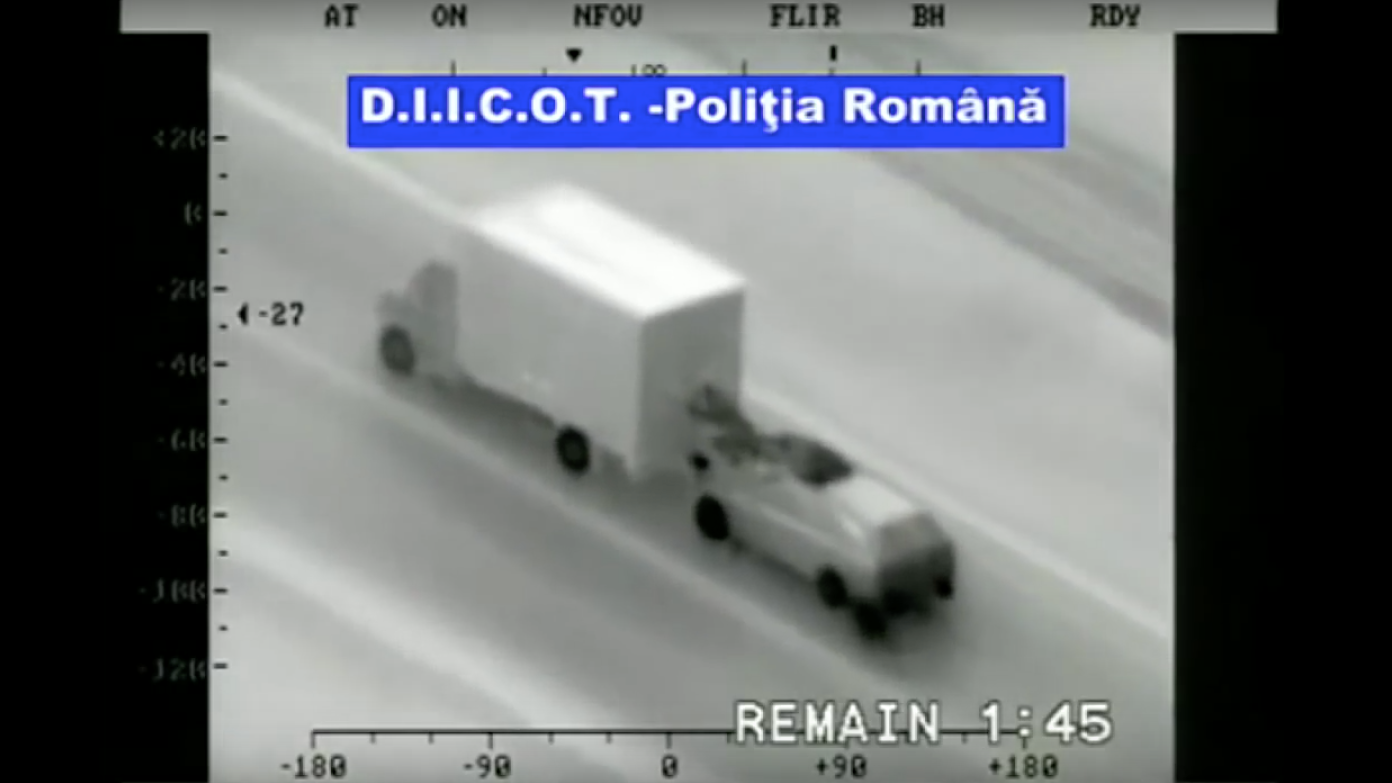 A year-long manhunt ended last weekend, when police arrested a gang of five Romanian stunt thieves near a large collection of Van Gogh paintings in the Netherlands. In their hideout, the cops found €500,000 ($739,817) worth of iPhones that the suspects allegedly lifted off the back of a truck — while it was barrelling down a highway.

Dutch press are calling the highway manoeuvre the “Romanian method”. Apparently, the thieves drive a modified van right up to the bumper of a cargo truck, and then two of them climb out the van’s sun roof and down onto the hood. Next, the most insane of the two cracks the lock on the back of the truck, while the other hood-bound thief holds his legs. Once the truck’s doors are open, they climb in and transfer the expensive cargo back to the van. According to police, this single Romanian gang has been responsible for 17 highway heists in the past two years.

The Romanian method itself dates back even further than that. A video released by the Romanian police in 2012 shows an attempted heist that took place in May of that year. Filmed by a police helicopter in complete darkness, the video clearly shows two thieves emerging from the sunroof and climbing up to the hood as their vehicle tailgates a cargo truck. For some reason, after peeking in the truck, they abort the robbery. It’s unclear if the recently arrested Romanian gang used an identical technique, but they had certainly perfected their strategy.

Meanwhile, the Van Gogh connection is tenuous. Police found the suspected thieves holed up in the tiny village of Otterlo near a national park in the central area of the Netherlands. The main point of interest in Otterlo is the Kröller-Müller Museum, which happens to contain one of the world’s largest collection of Van Gogh paintings, second only to the Van Gogh Museum.

Were the thieves planning to hit a shipment of expensive paintings next, pulling off an art heist of historic proportions? We don’t know, but it sure would make a great movie.