Sex saddles are the Hells Angels of the sex toy world. Sure, everyone’s heard of them — you’ve maybe even watched a gripping documentary about them on. That said, not many of us have ever had direct contact with one. I had no idea that when I finally did get a hold of a sex saddle it would be less about orgasms and more about accidentally discovering the perfect cat toy. 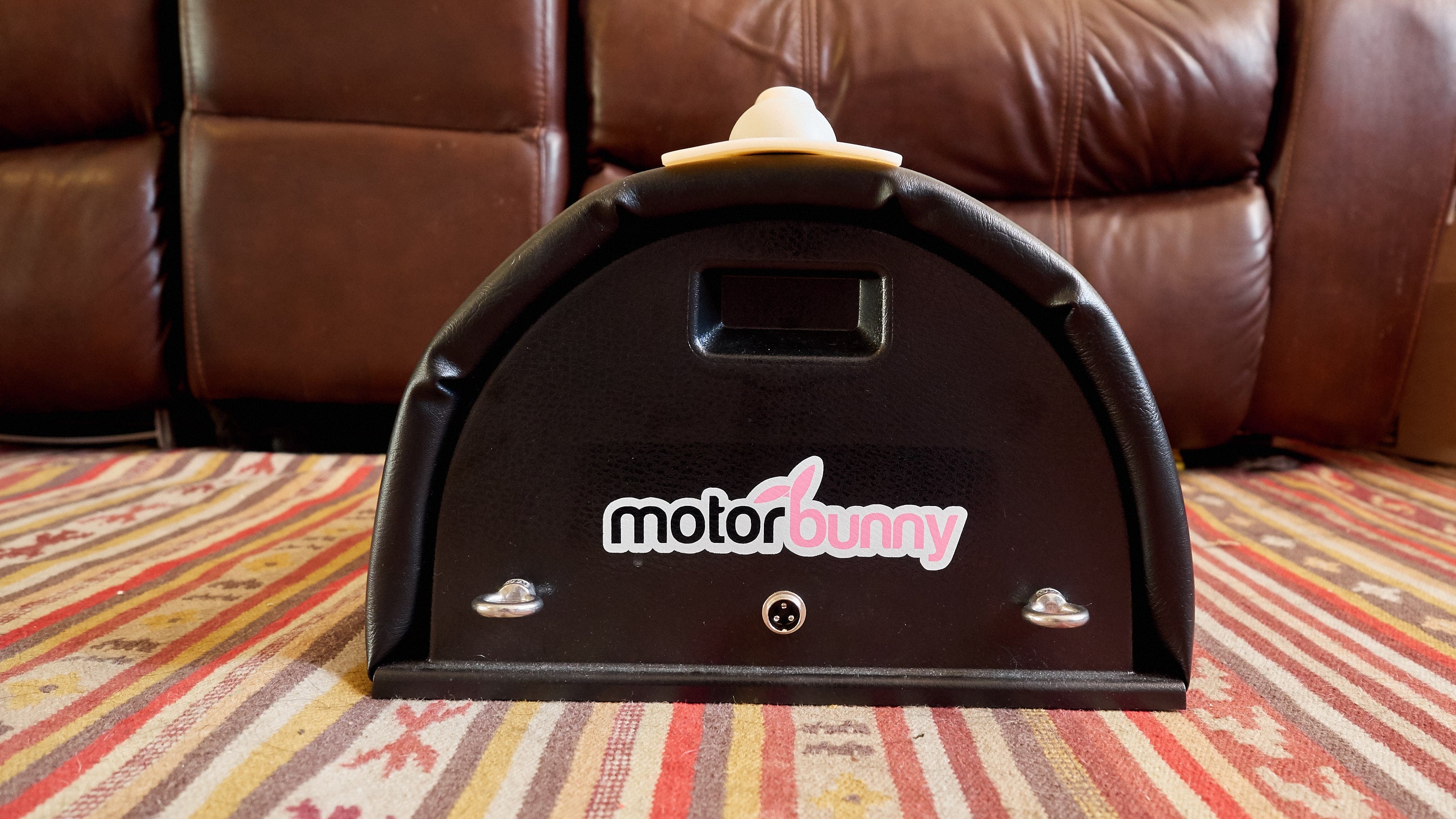 Cheaper than a Sybian.

When Motorbunny reached out to me about reviewing their eponymous rideable sex toy, I was intrigued but concerned. The Motorbunny ($US899) is the slightly more affordable answer to the well known Sybian sex machine ($US1345). It boasts an impressive motor for vibration that, according to Motorbunny claims, cranks out 0.08 horsepower (roughly 7,000 vibrations per minute), and comes with assorted attachments in its starter kit.

But there are a couple of concerns I had with inviting a motorised sex saddle into one’s home. First: There’s the room. I live in an average sized apartment in Brooklyn. I don’t have space for a kitchen table, let alone a place to store a one foot-by-two feet and 9kg rideable sex toy, and the many different penile-shaped attachments included for my vaginal amusement. If I’m going to invest in a sex toy that is roughly the size of an ottoman it better provide me with the best orgasms imaginable. 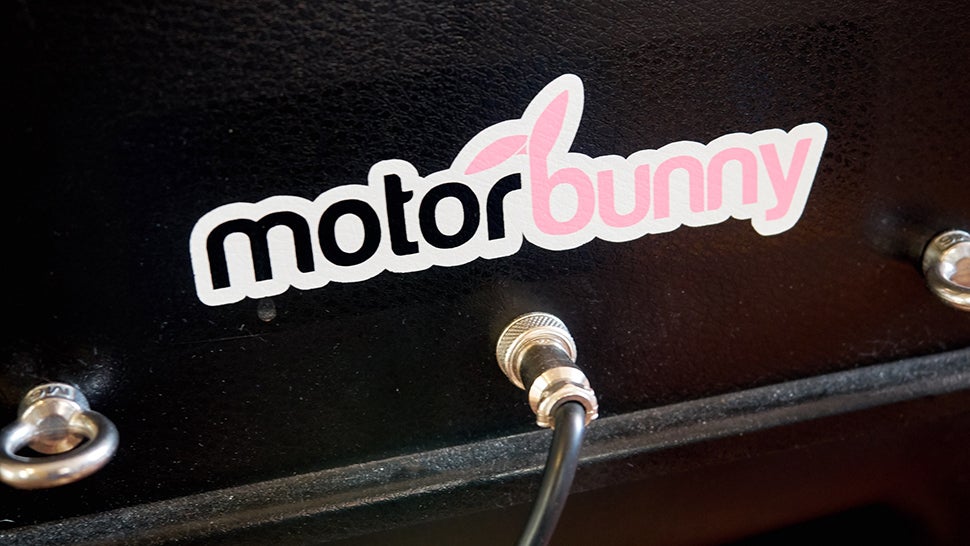 There are anchors on both side in the event you need to…anchor it to something.

But I also review sex toys for a living. So the Motorbunny came home with me.

After I unboxed it, I placed the toy itself onto the “bunny rest” included with the starter kit. It’s little more than some wood shaped like a stool, and wrapped in pleather. The Motorbunny is meant to go on the ground (or a mattress), so the bunny rest gives it a little height additional height.

I plugged in, and without hesitating, in the spirit of Spinal Tap, I cranked it to 11. My roommate stared on, aghast and charmed. “You cannot try this when I am home,” she finally whispered. My roommate isn’t a prude; she would just rather not know when I have mounted what is essentially a car engine and am taken to the highway of sheer, sexual bliss. And who can fault her for it? 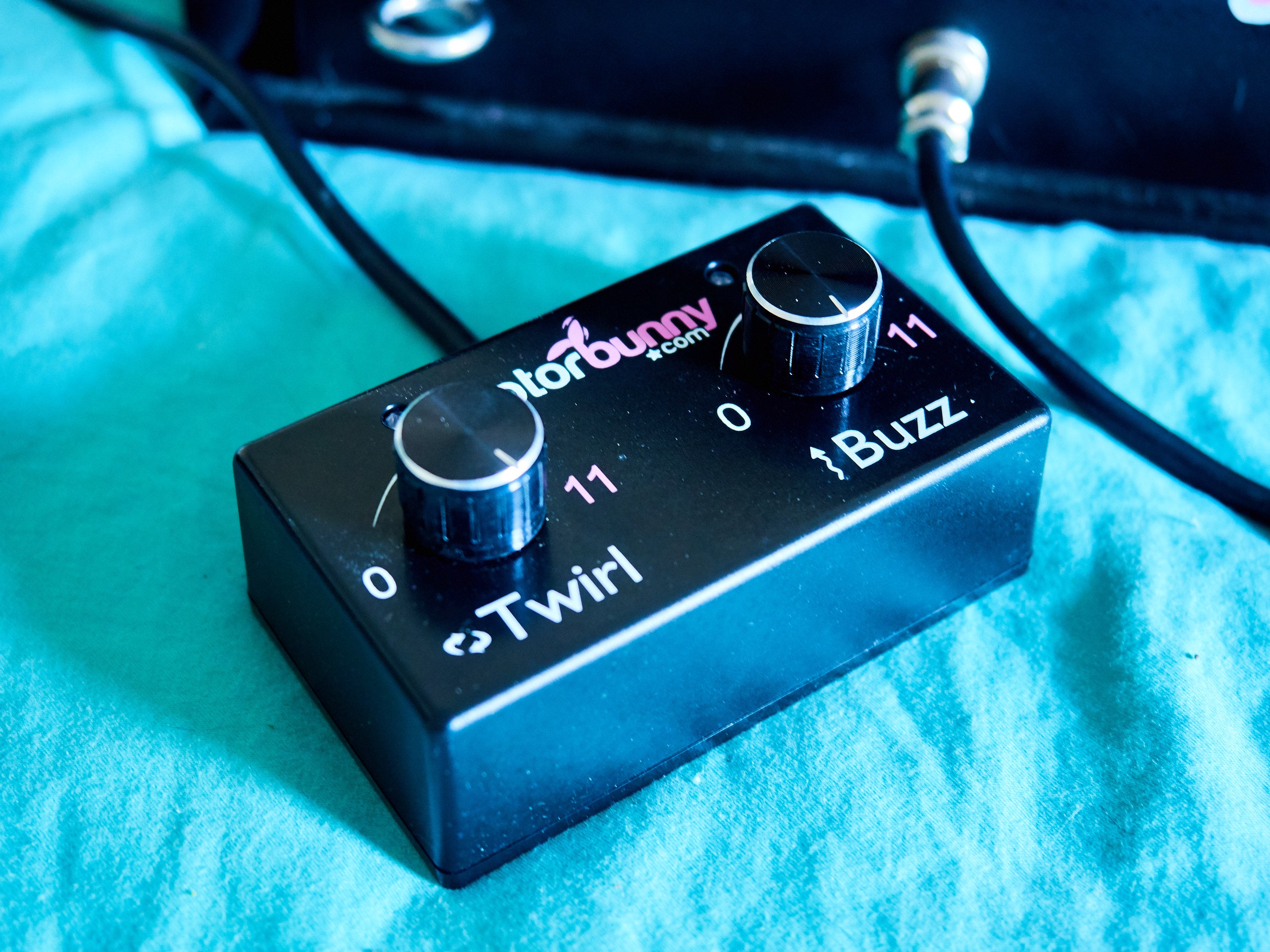 People you thought cared for your well being will have the urge to crank it to eleven. DO NOT LET THEM.

The Motorbunny is loud. If you want low-profile sex toys, this ain’t for you. The Motorbunny may have a cute name, but it’s essentially Stephen King’s Christine. Its enormous engine is crying out for your nethers, its hunger for evil slaked only by your death via orgasm.

I did not find it easy to use. 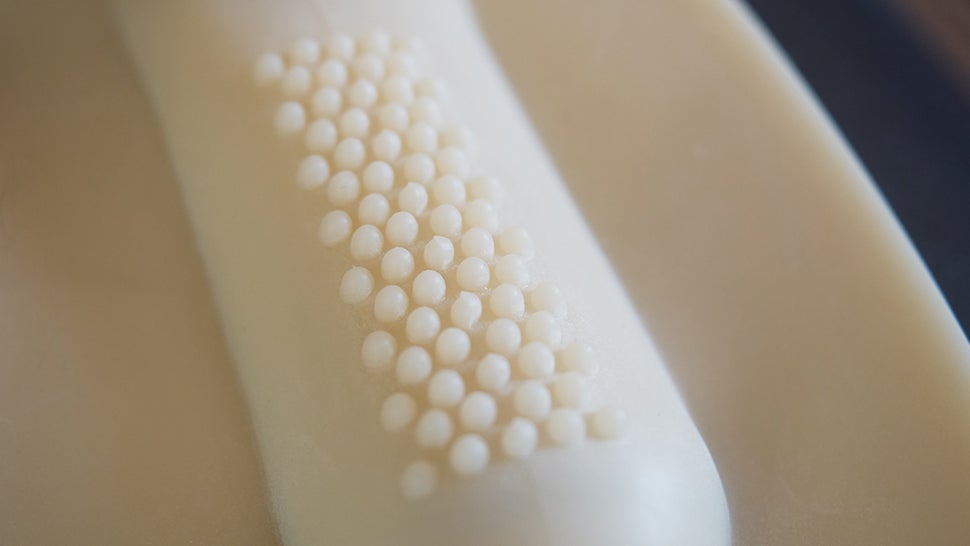 Many of the included attachments have additional nubbins on them for stimulation. You might find yourself quickly overstimulated.

I read that many couples enjoy using the toy for partnered play, but with no partner in sight at the time of review I was left to improvise. I took one of my cat’s favourite toys (a stick with a string on it, a mouse tied to the end, because he’s a cliche) inserted it into the hole designed for attachments and set it on low. I could immediately see the heart emojis fill my cat’s eyes as he chased and batted at his mouse. The Motorbunny had found its purpose in my home. Even the dog got in on the act, using the Motorbunny as a headrest while sitting in a nearby chair. 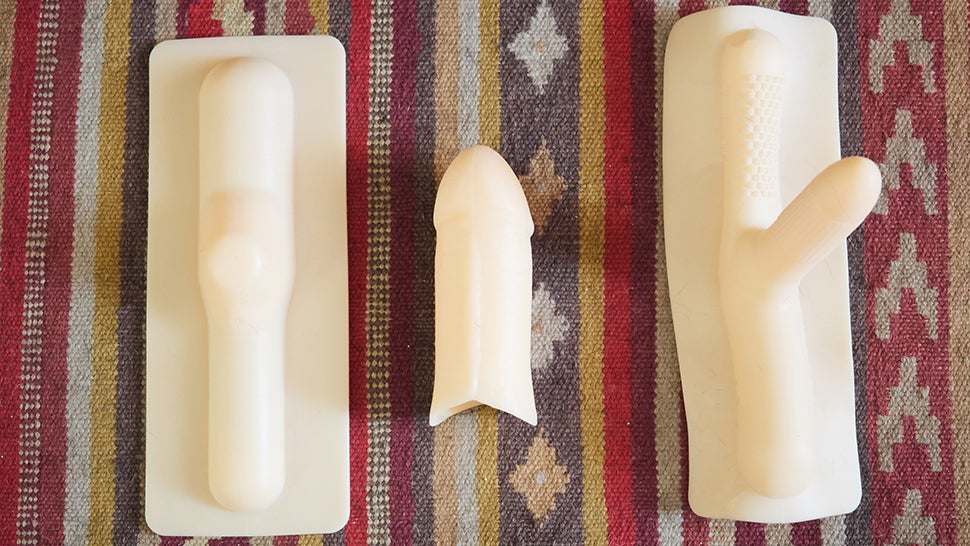 Attachments come in all sizes.

If you’re a kinky person who enjoys extremely vigorous stimulation, the Motorbunny could potentially make for stellar partnered play. I don’t know that it does, because all of my sexual partners ran screaming from the room at the sight of the thing. If you require a significant amount of stimulation to achieve climax, it can certainly help you get there. That said, female orgasm is unique to the female having them. Blasting your bits with what is essentially a car engine will not be what does it for every woman. If you require jackhammering so serious in the bedroom that you give your partners construction helmets upon entering your bedroom, go get one! However, if you are looking for affordable cat toys, you can probably do better at PetSmart.