New Video Proves That One Billion DuckTales ‘Woo-oo!’s Might Be Too Many 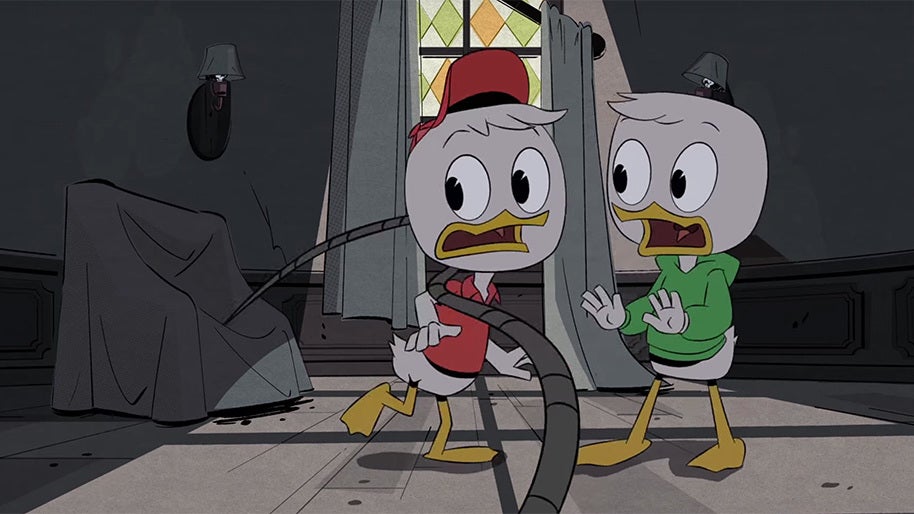 For their newest DuckTales promo, Disney has tapped into the tragicomic heart of the internet. Beware: The woo-oo looks also into you.


For a while now, the internet’s favourite terrible hobby has been distorting, repeating, and generally fucking with cultural ephemera to produce glitch nightmares (glitchmares?) right out of the darkest parts of the Jungian unconscious.

The internet has brought to the world Justin Bieber slowed down 800 per cent. It has forced all of us to reckon with The Bee Movie But Every Time They Say Bee It Gets Faster. Now, thanks to the mad promotional creators at Disney XD itself, we have “Woo-oo” Times 1 Billion.

Look with open eyes into the hell fractal that is the woo-oo clip from DuckTales played one billion times at once. Each clip overlapping with the others.

Woo-oo times two is funny. Times 16 sounds like a Christopher Nolan trailer. But it keeps going. Woo-oo times 262,144 is the sound a modem makes when it dies. One billion times might be sound, or it might be a hole being punctured in reality itself, beyond which all sound is void and all void is woo-oo.

Anyway, the video is canny, meme-worthy marketing on Disney’s part. (Though it may also be a means of communicating to a DuckTales-loving Elder God.) You can watch it below. And the DuckTales revival is now airing on Disney XD. With presumably the proper, sane number of woo-oos.