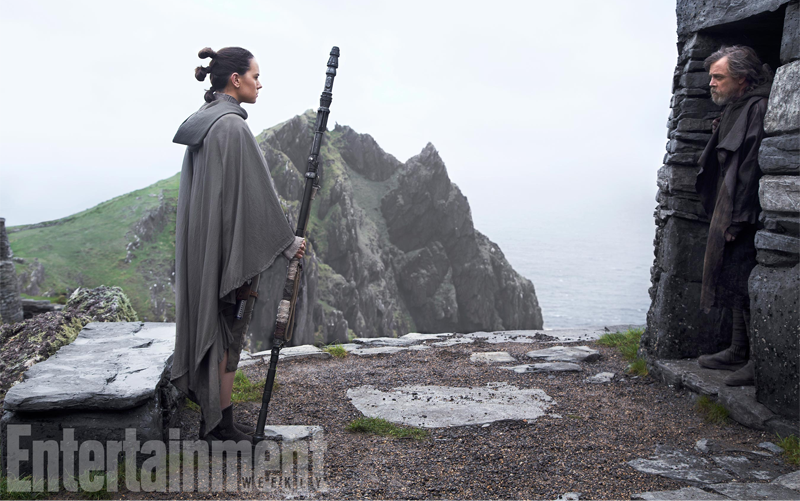 The thought of Luke Skywalker exiling himself to an unknown planet before the events of The Force Awakens led many to believe he would become the Yoda of the new Star Wars trilogy. Hell, there was fan art and everything! But it turns out that more tragic reasons make Luke’s role in The Last Jedi more like that of his first mentor.

Speaking to Entertainment Weekly, Mark Hamill revealed that the Luke the audience and Rey met at the end of The Force Awakens, and will get to see more of in The Last Jedi, is not the same man we saw happily celebrating with his friends at the end of Return of the Jedi. In the 30 years since Endor, Luke has been broken by traumatic experiences, from the destruction of his fledgling new Jedi Order, to, according to Hamill, having his faith and belief that his nephew Ben was the new chosen one shattered — much like what Obi-Wan went through with Anakin:

[Luke] made a huge mistake in thinking that his nephew was the chosen one, so he invested everything he had in Kylo, much like Obi-Wan did with my character. And he is betrayed, with tragic consequences. Luke feels responsible for that. That’s the primary obstacle he has to rejoining the world and his place in the Jedi hierarchy, you know? It’s that guilt, that feeling that it’s his fault, that he didn’t detect the darkness in him until it was too late.

The beard, the robes, the tragic backstory to your self-imposed exile — damn Luke, you only really knew Obi-Wan for like, a couple of days at most? That’s some dedication, right there.

One way Luke isn’t like his former mentor? He’s a lot less accepting of Rey upon her arrival on Ahch-To than Old Ben was when he and Luke reunited in the Jundland Wastes. According to Daisy Ridley, Luke will bristle at Rey’s first attempts to bring him back into the fight against the First Order, something that will hit the young girl very hard:

Regardless of everything else, she’s been welcomed. No one ever really turns away from her…

‘Oh my God, this other man that I lost within a couple days was somewhat of a father figure. Now he’s gone, and instead I’m with this grumpy guy on an island who doesn’t want me here.’

Poor Rey! It sounds like much of The Last Jedi will have to unpack the baggage behind both of these characters as they get to know each other — from Luke’s reasons for becoming so despondent with the galaxy at large to just what connections Rey will ultimately have with the one-time legendary hero of the Rebellion. All will be revealed when The Last Jedi hits theatres this December.