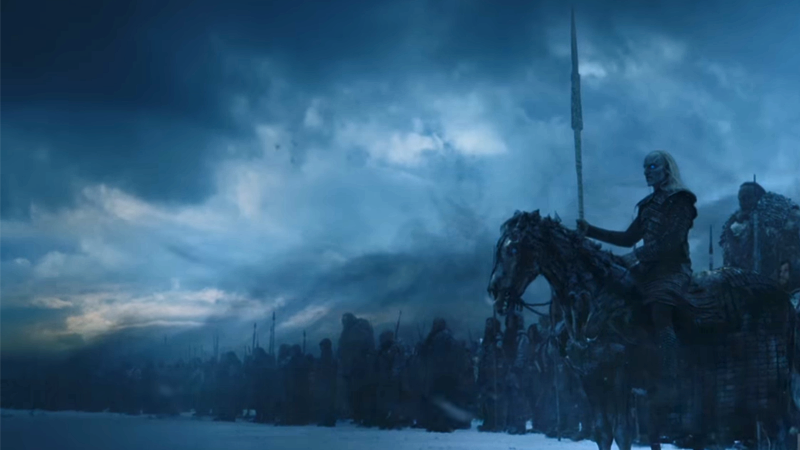 The stage has been set for Game of Thrones’ final season, as a terribly divided Westeros faces an invasion by the White Walkers… but this won’t be the first time they have tried to eradicate humanity. Here’s everything we know about the first war between humans and the Walkers — and what it can tell us about the war to come next season. 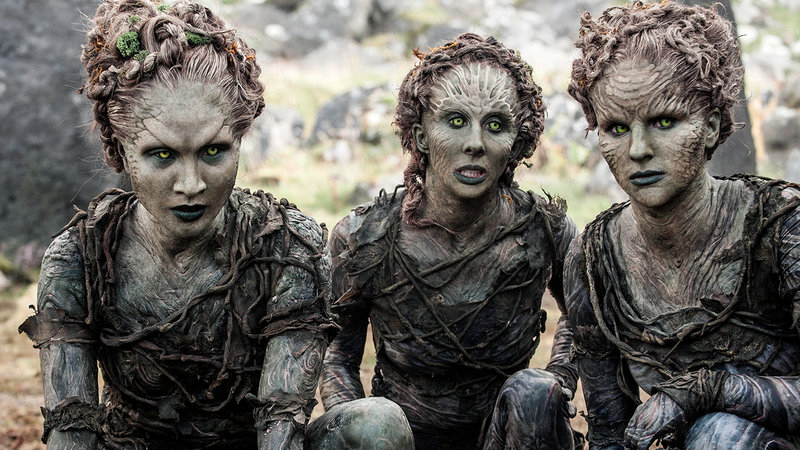 Westeros Before the Long Night

It’s been over 8000 years since the White Walkers stalked Westeros — thousands of years before Aegon Targaryen landed on its shores and claimed the region for his family. The Westeros we see in Game of Thrones was much different from the one that faced the Long Night all those years ago — a land where magic and strange creatures still existed in abundance. The White Walkers came to a Westeros that had spent the last two millennia in relative peace after the Children of the Forest and the First Men who’d landed in the region signed an agreement called the Pact, which saw the two societies live in harmony after the First Men’s arrival had led to the forests of the Children being cut down for wood. But the arrival of a long winter, one that spanned generations of Children and men alike, heralded a threat that nearly wiped both races out altogether.

In the books, the origins of the Others — the collective name for the wights and their undead armies, which could include everything from zombie humans to giant frost spiders — in the northernmost point of the land are still unknown. They could just be a natural entity found in the far frozen north, rarely encountered over the years because of the impossibly hostile climate they live in, or they could be a tribe of First Men killed and resurrected by dark magics for some mysterious reason. Either way, the long winter — eventually referred to as the Long Night — allowed them to march further south into the lands occupied by the Children and the First Men, sacking their villages and turning the survivors into wights like themselves.

When the Others first invaded the south, the Children and the First Men were outmatched by a relentless army that couldn’t die, but only grew stronger with every person they killed, and both societies were pushed further and further into the south of Westeros. Legends from the northern regions of current Westeros state that in the darkest days of the Long Night, the First Men discovered that wights could be killed by dragonglass, the weapon of choice coveted by the Children of the Forest. A figure known only as the Last Hero supposedly trekked through the White Walker-occupied regions to plead with the Children to lend their dragonglass weapons to beat back the Others, with all of his companions — down to his faithful dog — perishing over the course of the journey, until he reached the Children and gained their trust.

With the ability to fight back against the White Walkers, the alliance between the First Men and the Children pushed back the Others bit by bit. A group of men used the shared dragonglass to fight back against the Others alongside the Last Hero, becoming an early incarnation of the Night’s Watch. Eventually, the White Walker horde was pushed back into the Northern wastes it came from in a grand battle called the Battle for the Dawn, ending the Long Night and resoundingly routing the Others. It was then that Bran the Builder — the legendary founder of House Stark — supposedly raised the Wall, a structure of ice and Children’s magic that stretched across Westeros, and entrusted the Night’s Watch to guard it, ensuring that the Others could never threaten Westeros again. 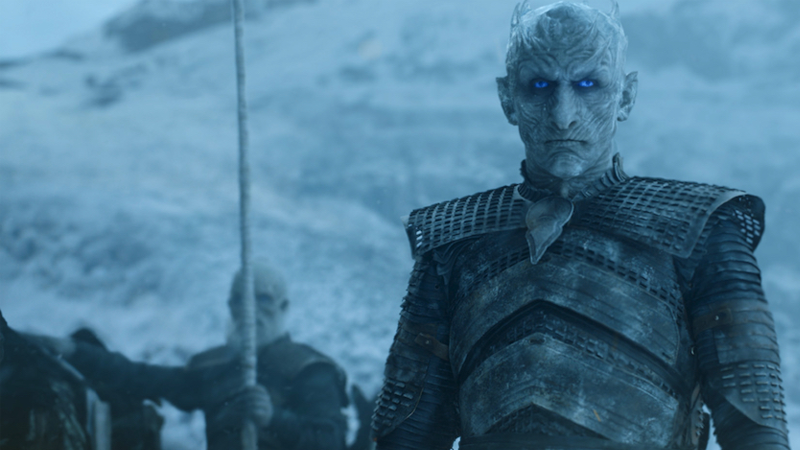 The Rise of the Night King

Unfortunately, the newly formed Night’s Watch nearly failed in their new quest almost immediately (or, at least “immediately” in the grand scheme of 8000 years). The 13th commander of the Watch fell in love with a mysterious woman with pale blue eyes and icy skin, widely believed to be a female White Walker. After making love to the woman, the Commander’s soul was bound to hers, and he returned to the Watch to place his men under their thrall, declaring themselves their King and Queen and committing countless atrocities. When it was discovered that the Night King was making sacrifices to the Others beyond the Wall, the Free Folk and House Stark made an alliance to defeat the King and his forces. When the Night’s Watch resumed its duties following their victory, the Commander’s name and history was stricken from their records, cast aside and forbidden to be spoken of ever again. Up until the recent events of Game of Thrones, it would be the last time the Others would threaten the peace of Westeros for thousands of years.

The TV show has revealed its version of the Night King to have been a human who was turned into the first White Walker by the Children of the Forest. His purpose was to be used as a weapon against the First Men after the Children magically embedded a dragonglass dagger in his torso, revealed in the season six episode “The Door”. This version clearly contradicts the Night King discussed in the books, as the Night’s Watch would not be created until many years after this event. 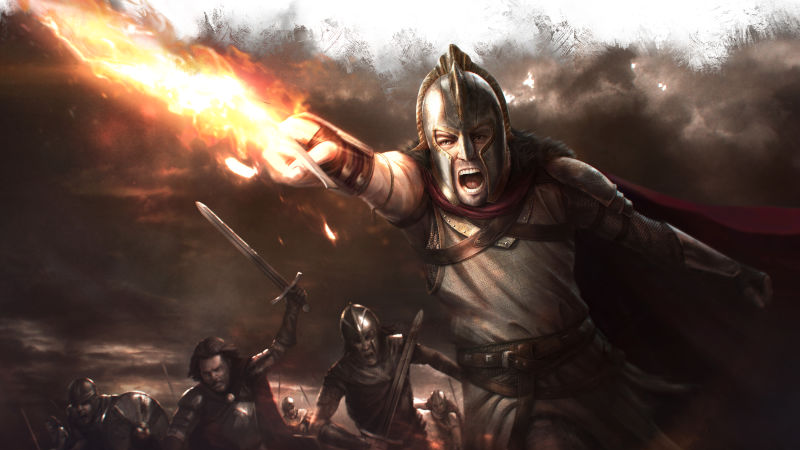 Azor Ahai and the Lightbringer. Art from A World of Ice and Fire, by Jordi González Escamilla

The Long Night Beyond Westeros

In “modern” Westeros, the story of the Long Night has faded into fairytale, and the seven kingdoms are not the only place that have myths surrounding the Others’ invasion. In Essos, the Long Night is believed to have been the event that caused the Rhoyne, one of the primary rivers in the Western side of that continent, to freeze over entirely, indicating the events of the generations-long winter even impacted lands beyond the Narrow Sea. In Rhoynar folklore, however, there were no White Walkers behind the events, and instead it’s believed that the Long Night was ended by an unnamed hero uniting the people who lived along the river to sing a song that thawed its waters.

Even further East into Essos, tales of the Long Night intermingle with the Asshai legend of Azor Ahai, the legendary warrior who wielded a flaming sword called Lightbringer. In Yi Ti, it is believed that the Long Night was brought about when a goddess called the Maiden-Made-of-Light turned her back on the world, unleashing the Lion of the Night, a demon who plagued the world with cold and darkness until Azor Ahai — seemingly conflated with the Last Hero of Westerosi folklore — united humanity to defeat the Lion of the Night’s forces. Thanks to Melisandre and her fellow followers of R’hllor, we know the legend of Azor Ahai took hold and spread to Westeros, with the prophecy that his return to save mankind once again would come when the Others made their presence known again.

Although thousands of years have passed since the Others last invaded, it’s hard to say that Westeros is more prepared for their return now than they were when the Long Night began all those millennia ago. If anything, this time there seems to be less hope — season seven’s finale was all about highlighting just how fractured the various major powers of the seven kingdoms are at the moment, a stark contrast to the unity of the First Men that eventually saw the Others repelled. On top of that, this time the Children aren’t around to help fight back against the oncoming hordes.

We’ll have to wait for the eighth and final season of Game of Thrones (and that might be a pretty good wait at this point) to see how — or if — humanity will defeat the White Walkers and their forces for the second time. Suffice it to say, their chances don’t look good.