A Trump Mask Is Just One Of Many Disturbing Images In The American Horror Story: Cult Opening Credits 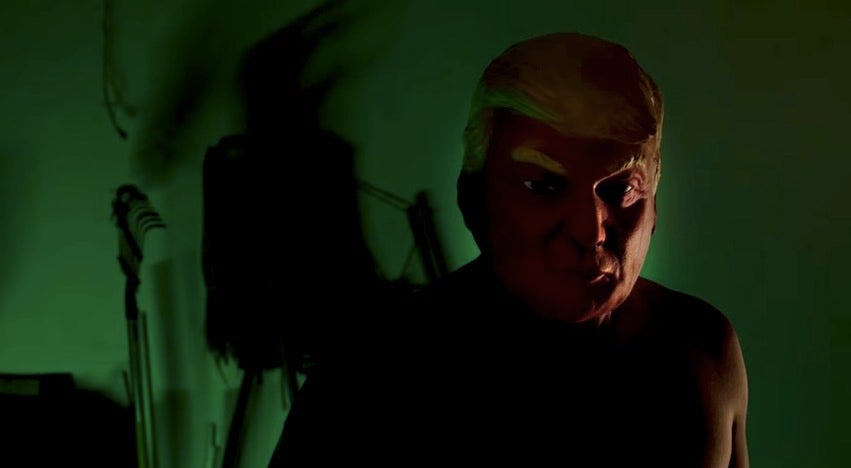 Video: The true focus of the next American Horror Story season will remain a mystery until it airs, but that doesn't prevent us from speculating like mad. (Who would have guessed Roanoke would be about reality TV?) Today's clue dump comes from the opening credits for Cult — which are artistically creepy in classic AHS style.

It looks like three major motifs are represented here: The old AHS standby, death (a coffin, a bloody sink, a canine corpse); the clowns/dark carnival theme that's been in many of the season seven promos; and, as promised, heavy political overtones, with figures wearing Donald Trump and Hillary Clinton masks, a blood-drenched flag, and more. Plus... bees. A lot of bees. It's all freaky stuff — obviously, designed to evoke more of a mood than reveal anything whatsoever about what to expect from Cult. Will this season manage to be more stomach-turning than what's actually happening in Washington? It's doubtful, but stranger things have happened, especially on this show. American Horror Story: Cult premieres in the US September 5 on FX.