Twitter Has Some Advice For Avoiding Game Of Thrones Spoilers 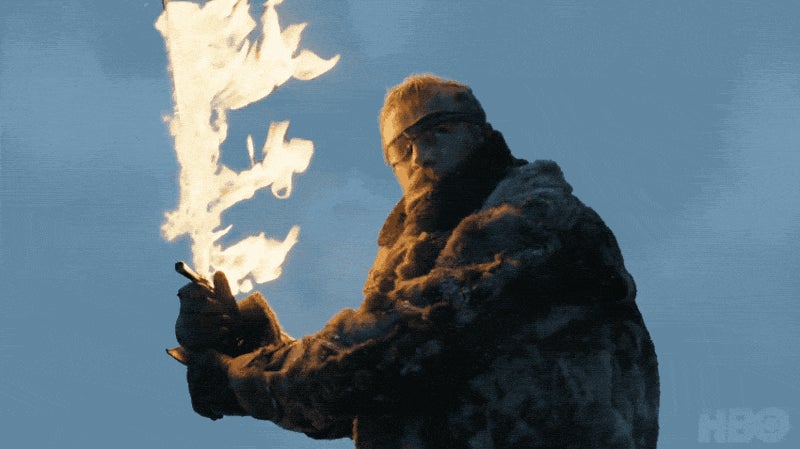 Game of Thrones' latest season premiers today and you know what that means - your Twitter feed will just be pictures of Cersei that are captioned "RIP." Twitter has offered a reminder about its mute function as well some key terms to add so that you can block yourself from being spoiled.

All it takes is a single name pointedly being tweeted over and over to spoil GoT. Twitter tells the Huffington Post that it was the most tweeted about show of 2016. Missing an important episode means you have a matter of hours before you'll know what went down. So, the first step to protecting yourself is using Twitter's mute function. here's how the basic muting works:

You'll see a list of what you've muted and there's a red button that allows you to un-mute once you're ready to dive into the conversation.

For mobile devices, there are slight differences depending on which platform you're using.

Now, what do you mute? Twitter offered a bunch of suggestions based on last year's most popular terms.

The most tweeted-about "Game of Thrones" characters from Season 6:

And these were the most tweeted hashtags from Season 6:

But that's not going to save you from everything this season. You should add everything you can think of but here are some suggestions:

Our sister site Lifehacker has some more tips for blocking spoilers in other areas of the web. Filter by WOT is a popular browser extension for blocking keywords. But in my experience, your browser performance takes a hit with these kinds of extensions. The only fool proof method to being spoiler-free is to catch the episode along with everyone else.