The Overwatch World Cup Is Live On TV This Weekend 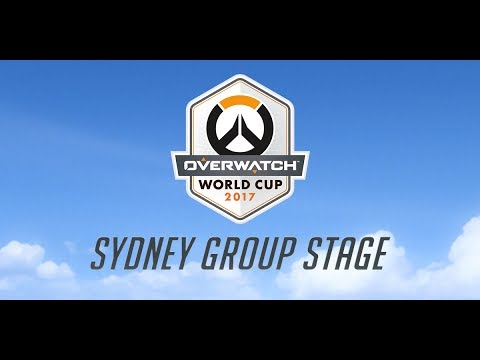 Blizzard is teaming up with Seven to broadcast the Overwatch World Cup live around the nation on Sunday morning — apparently a first for commercial network TV in Australia. Esports is a mainstream thing now, you guys.

7Mate is the broadcast home of screenPLAY, the new gaming culture TV show from former Good Game hosts Hex and Nichboy — so more native esports content living on live TV makes sense. The live cross from screenPLAY will kick off at 11:30AM (AEST) on Sunday 23 July, and will cover the Australia vs Sweden match segment of the Overwatch World Cup Group Stage: Sydney.

This group stage is a qualifier for the Overwatch World Cup final at BlizzCon in Anaheim, California this November, and Sweden is the clear favourite in our match-up, so we’re the underdogs in this situation. Teams from Italy, Portugal, Vietnam, Finland, Spain and Japan will also be taking part. It’ll be interesting to see how a live competitive Overwatch broadcast rates, actually, considering it’s not the most accessible of esports titles for newbies to follow.

As we’ve noticed before whenever esports have been shown on Foxtel’s ESPN mainstream sports channel, I’m sure there’ll be a few quietly pissed off viewers of 7Mate who don’t want them video games on their TV screens, so look forward to that — especially considering the broadcast following is the Tigers vs Giants AFL match at 1:10PM. [Blizzard]