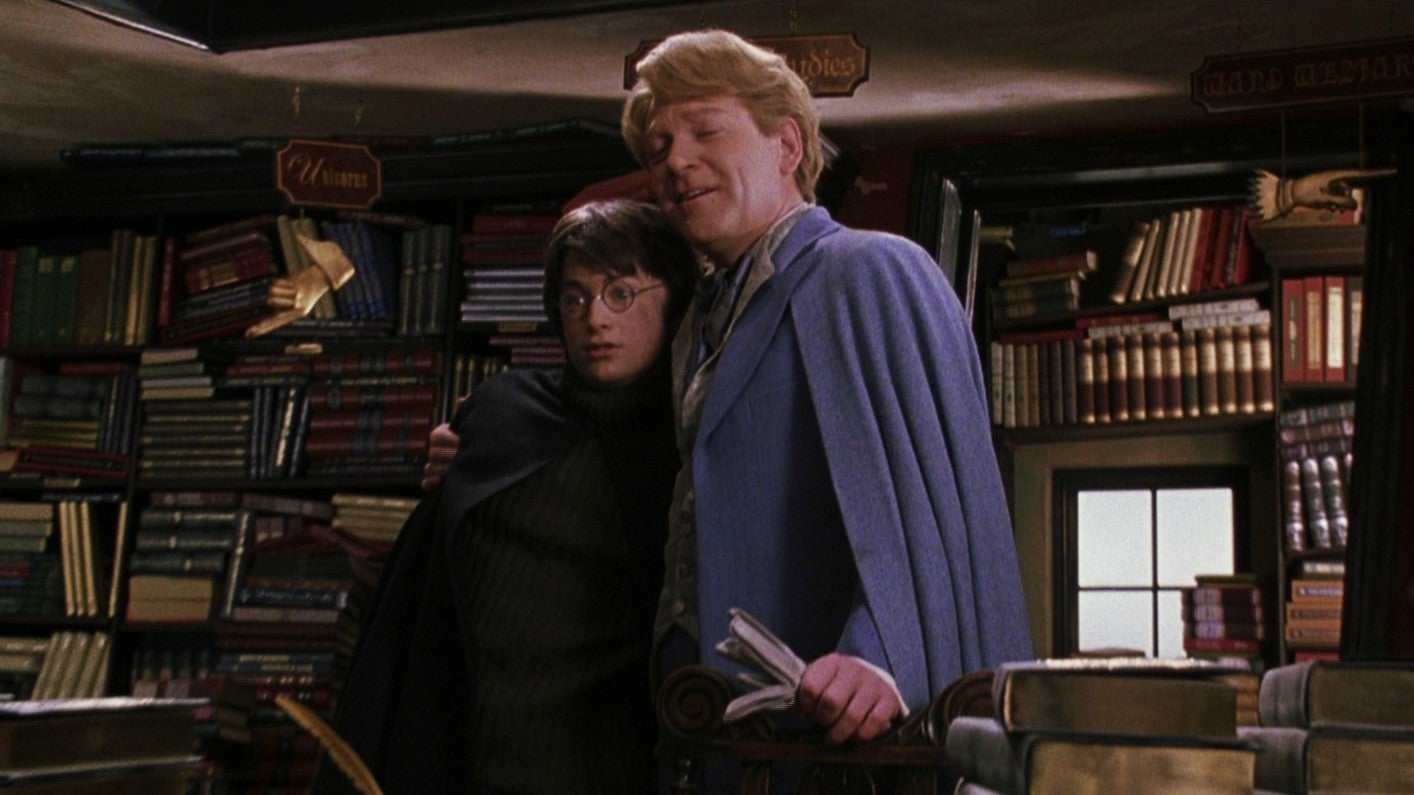 Is there nothing neural networks can't do? And while the paint colours, metal bands, recipes and so on were fun, a computer's attempt to learn about fanfic and reproduce its summaries has filled me with a joy greater than anything else on Earth.

Gilderoy is the neural network in this situation (Image: Harry Potter and the Chamber of Secrets, WB)

Janelle Shane — a PhD student who has turned this sort of thing into internet gold — has a great breakdown of what happens when you feed a learning computer a steady diet of the very best (or the merely... there) that the Archive of Our Own has to offer. In her post, Shane explains:

Thanks to an idea by a couple of readers, some heroic work by @b8horpet in scraping (with permission) hundreds of thousands of Harry Potter fan fiction titles and summaries from AO3, and a flexible new recurrent neural network implementation by Chen Liang, the neural network's latest obsession is Harry Potter.

The Perfect Party by iamisaac

Draco has been left alone, and Ginny confused must learn and who has his best friend. They were breathed by a love that didn't become his grounds and the flowers begin.

This is a typical example of the neural network's fan fiction - romantic pairings of two or more Harry Potter characters (called "ships" in fan fiction-speak). In this case, it even has chosen a plausible author: iamisaac is a real and fairly prolific fan fiction author whose works do tend to be of the "romantic" variety.

And while the shipping is fun, I think my favourite thing the neural network did was generate a whole series that is basically "Severus Snape does some chores."

Severus Snape comes back to a night's politics.

In the Reason Is Blinders by LittleRoma

Severus has been through his lost remote.

Snape receives life after plants to do by work over whether they get into. Just Hell.

A Second Chance by DarkCorgi

Snape had a second thing, and that is better than anything for for the rest of his life.

Severus Snape tries to get a lot of dragons and that was to be more than he didn't expect to continue. He has always been a bit of an old and a baby to stay the way he'd been the brother at Hogwarts and he keeps the chance of meeting

Snape is a British Robes of interesting things and worrys like a little fun and sees the pretty battle for a while.

I'm not even into fic about Snape, and I'd read that remote one a hundred times.

Go read the whole post — I've left out what happens when the computer finds fic that's not in English, and the "warnings" it puts on things — but basically, what the neural network seems to be doing is proving that it has a future generating crackfic, the kind of fic where the writer, the reader, and people looking at it from Mars know it isn't meant to be taken seriously. It's simply a challenge to pull off a ridiculous premise, the way that "The Sorting Hat is fighting in one of the houses" is the kind of thing you'd write, late at night, because it made you laugh.

Knowing fandom, someone out there is hard at work trying to actually create stories to match the neural network's summaries.

Harry Potter and the Painful Eyes by dark_pook

A Birthday drabble about the problems and a woman who shows up a lot less than she checks at Hogwarts in the destiny to the infamous adventure of control of the Art of The Good Boy Kings With Hermione.

Some will be easier to write than others.