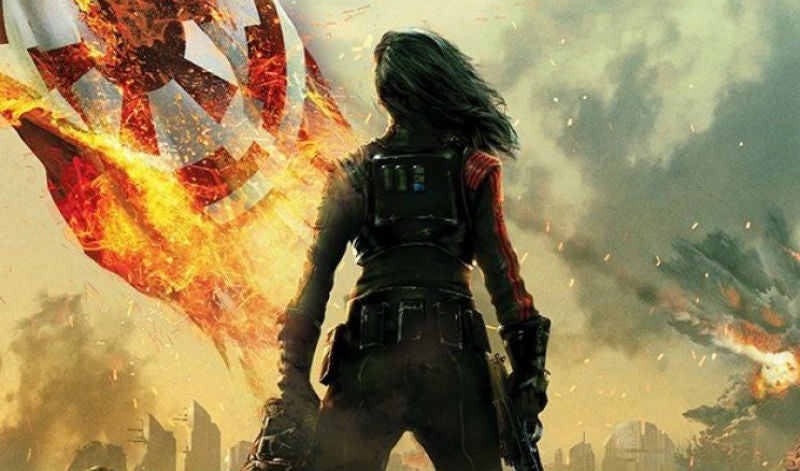 Iden Versio, the star of EA’s upcoming game Star Wars Battlefront 2, has had it rough. From the game trailer, we know the Imperial super soldier was on Endor when the Rebel Alliance blew up the second Death Star. And now, from the accompanying book, we know she saw the first Death Star blow up too.

USA Today just published an exclusive excerpt from Star Wars Battlefront 2: Inferno Squad by Christie Golden. The upcoming book tells the backstory of Versio and her elite Inferno Squad, which plays a prominent role in the new game. The game will allow players to follow Versio from the end of Return of the Jedi up through The Force Awakens — but the book starts way before that. It takes place around the time of Rogue One and A New Hope, when the Rebellion experienced its first victories.

Here’s a brief snippet from that excerpt:

Temporarily blinded, Iden hurtled wildly, her TIE fighter tum­bling out of control. As her vision returned, she realised debris was coming at her as intensely as if she had suddenly materialised inside an asteroid field. Her focus, always powerful, narrowed to laserlike precision as she frantically dodged and swerved, manoeuvring around the biggest pieces and wishing with all her being that TIE fighters had shields.

Iden pivoted and tumbled, breathing the mercifully still-flowing oxygen deeply and rhythmically. But she knew in her heart it was just a matter of time. There was too much debris, some of it the size of a standard escape pod, some of it as small as her clenched fist, and she was right in the thick of it. The smaller pieces were pelting her TIE fighter already. Sooner or later, one of the big chunks would hit her, and both Senior Lieutenant Iden Versio and her ship would be noth­ing more than smears on what was left of Yavin’s moon.

Somehow, she’d wandered too close to the Death Star’s target and had gotten swept up in the chaotic sweep of its destruction — exactly what her commander had been warning her against.

But how was that possible?