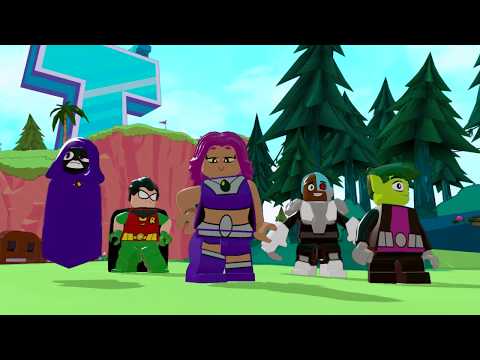 So if you’ve been watching Teen Titans Go!, you might be a little wary of giving what has historically been an awesome crime-fighting crew another chance. (For those not reading between the lines, the show is er, not great).

But this? This is good.

The Teen Titans team in joining the world of Lego Dimensions, and honestly the writing is better than anything we’ve seen on the TV show in a while.

This trailer shows off Raven, Beast Boy and Starfire – along with a glimpse of the new Teen Titans Go! Adventure World and Battle Arena.

The Teen Titans Go! Fun Pack and Team Pack is set to release in Australia on September 13 as part of the Lego Dimensions Wave 9 launch on Xbox One, 360, PS4, PS3, Wii U – alongside the Powerpuff Girls Team Pack and Fun Pack and the Beetlejuice Fun Pack.

The Teen Titans Go! packs access an exclusive in-game episode that can only be found in Lego Dimensions, as a bonus. Let’s hope it’s as good as the game’s content, because this looks legit.