This Machine Gun Robot Will Probably Lead The Uprising One Day

3 years ago -
Filed to:future of war 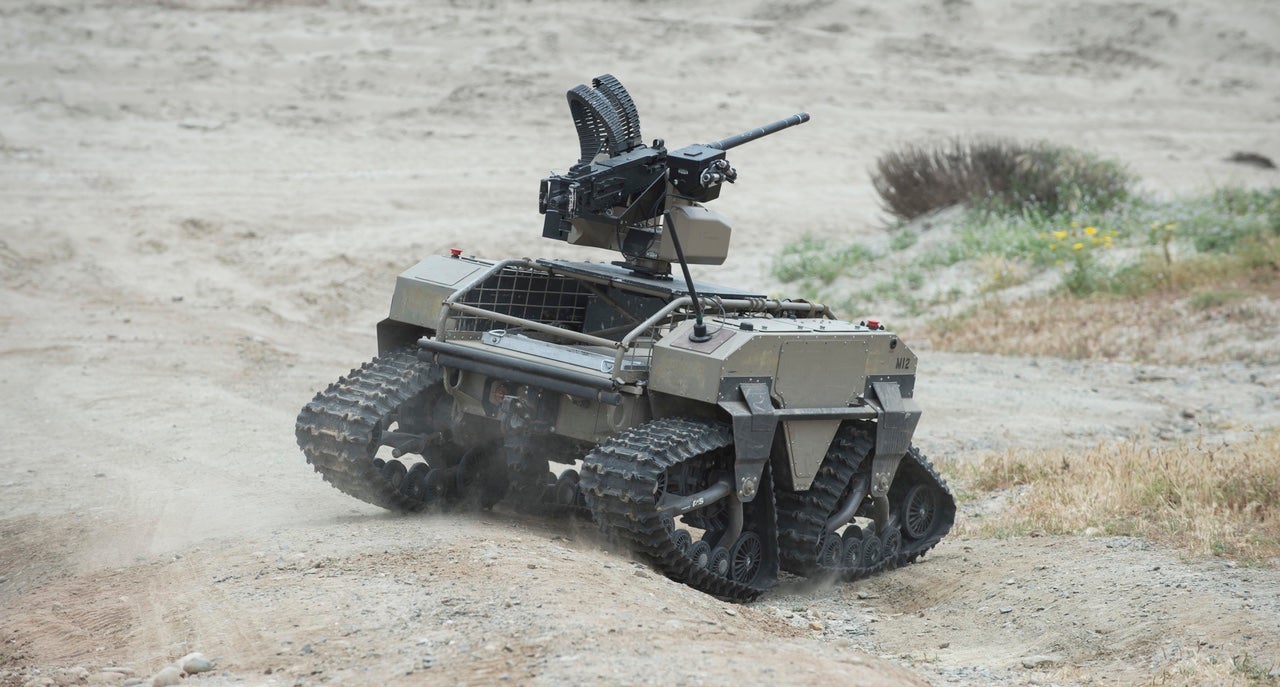 Do you ever wonder what tomorrow holds? Some people are pretty convinced that the future will be filled with flying cars and jetpacks and robot butlers. But here in the year 2017, I’m not so sure any more. I have a suspicion that our future might be filled with more machine gun-toting robots, like the one seen above, than robotic butlers.

This particular robot is called a multi-utility tactical transport (MUTT), and was demonstrated by the General Dynamics Land Systems and the US Navy during an event at Camp Pendleton late last month. And despite its adorable canine-inspired acronym, it’s a killer. Yes, that’s a machine gun on top.

And yes, the barrel of the machine gun knocks the antenna on the vehicle, which seems like a design flaw at best. But who am I to judge? That robot will surely be my boss by decade’s end.

The US Navy has kindly provided footage of the robot in action:

This model is remote controlled with a human “in the loop” as they say. But that’s more a product of public relations than technical necessity. And it bears a striking resemblance to computer renderings for future robots released by the US military in 2011. Which is to say, these kinds of weapons have been in development for some time. Many decades, in fact.

Not all MUTTs are mounted with guns. In fact, most are used for carrying equipment. But autonomous machine-gun robots are here, and I wouldn’t be surprised if this little guy leads the uprising of the machines one day. That would almost be preferable to the more likely outcome: Humans overseeing vast armies of these armed autonomous robots to dominate and kill other humans.

This particular MUTT has been in development for years, and is obviously one of the more intimidating models that have been shown to the public. But you’ll notice that the videos they released from their most recent exercises never show the gun being fired. People’s stomachs aren’t quite ready for wanton destruction via robots on the ground. We’ve all seen Terminator 2 too many times. For now we prefer our robot death from above.