This Cancer-Causing Virus Lies Dormant For Years Before Striking 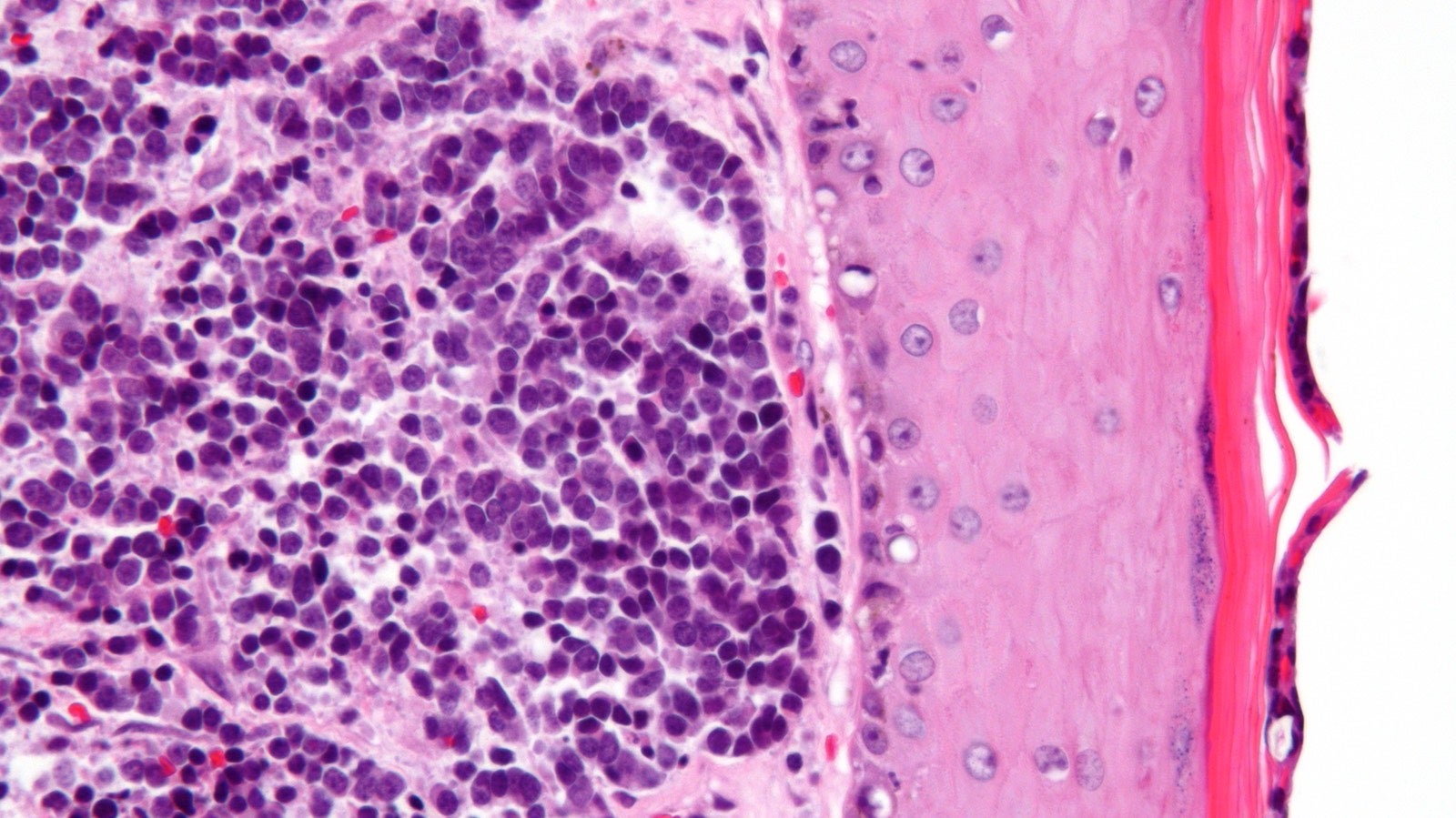 There's no limit to viral ruthlessness. These lifeless packets of genetic code cause countless ails, often without a known cure. One such monster spends most of its time as a seemingly benign strand of DNA that could sit latent for years before striking, causing cells to turn into a rare but aggressive form of skin cancer called Merkel cell carcinoma.

A new study from researchers at the University of Pittsburgh details how that virus, the Merkel cell polyomavirus, lies dormant. Discovering this new method might shed light on how other viruses attack, or even on how to stop some cancers in their tracks.

"The virus is silent when people are first infected, and we can find no symptoms associated with it. I'm probably infected," Distinguished Professor Patrick Moore told Gizmodo. But once it awakens, its quick replication could become deadly. Merkel cell carcinoma manifests as pink lumps that usually show up around the face on older folks. Its incidence is around 0.6 cases per 100,000 people, and its five-year mortality rate is 46 per cent, according to a report published in Current Dermatology Reports. Though scientists aren't completely sure, there definitely seems to be a link between the virus and the cancer.

The researchers looked at the behaviour of the tiny Merkel cell polyomavirus in cell cultures to figure out how it could stay latent for so long without dividing. It's a fairly common part of our body's natural virome, the collection of viruses that sort of just hang out in our body and don't do much harm. The researchers figured out that the virus fools the cell into degrading its proteins, allowing it to sit as a naked strand of genetic material. But if something interrupts the degradation, then the virus' protein accumulates, a chain reaction begins, and the virus starts to replicate, according to the study published this week in the Proceedings of the National Academy of Sciences.

Moore said that if the cell starves, then it might stop degrading the protein, causing the virus to wake up and wreak havoc. The dividing viruses alone aren't too bad — but a mutation could get some of the virus' dividing DNA stuck into the cell's genome. This causes the cell to divide itself and turn into a tumour. "It's a biological accident. There's no benefit to the virus to cause a tumour — if you kill the host, no virus," said Moore. And yet the rare outcome, Merkel cell carcinoma, is one of the most aggressive skin cancers.

This research was done in a tissue culture, not in a living animal, so there are limitations to just thoroughly the scientists understand the process. The team would like to use animal models to understand this mechanism in action next.

But understanding this virus' action is important for several reasons. Certain immunosuppressants taken by transplant patients inhibit the human protein keeping the virus at bay, which could lead to more or more aggressive cases of Merkel cell carcinoma. And treating the virus before it awakens could stop some cancers from even becoming thoughts.

"I'd love to see medicines that target the latent forms of various viruses that could eliminate the silent infections we have that could lead to cancers," Moore said.