This Alien: Covenant VR Experience Lets You Claw Your Way Out Of Your Human Host 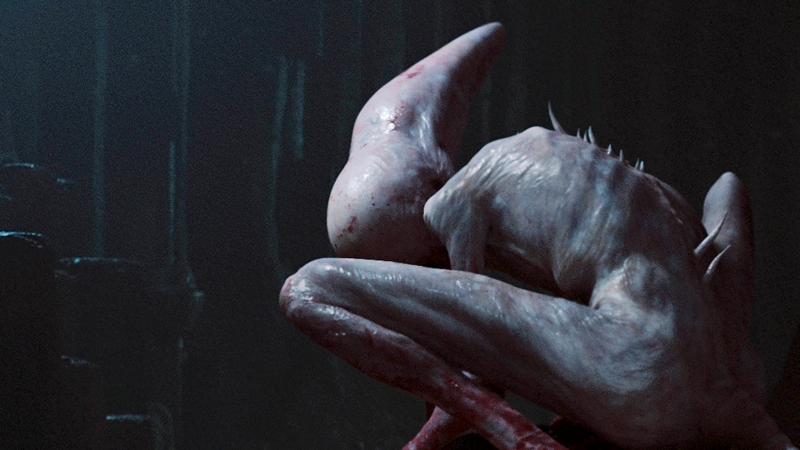 Video: Unsurprisingly, witnessing a xenomorph emerge from its host from the xenomorph's perspective is really, really gross.

This could be you, virtually. Image: 20th Century Fox.

Ahead of taking it on tour in a series of VR demos to promote Covenant, Fox has released a 360-degree YouTube video version of Alien: Covenant In Utero, which takes the viewer through a suitably squeamish gestation process and birth of a xenomorph — or actually, the new creature dubbed the "neomorph", which instead emerges through the spinal column rather than the chest — during the events of the film. You may not really want to watch it at work or shortly after eating. It isn't pleasant.

Directed by David Karlak and produced by Ridley Scott, US audiences will also be able to experience a VR-headset version of the nightmarish short at participating Regal Cinemas until early June, if your idea of a trip to the cinema includes being hugely grossed out before a buying a bucket of popcorn and a drink to go with your Alien: Covenant ticket.