The Witcher Is Getting A Netflix Series 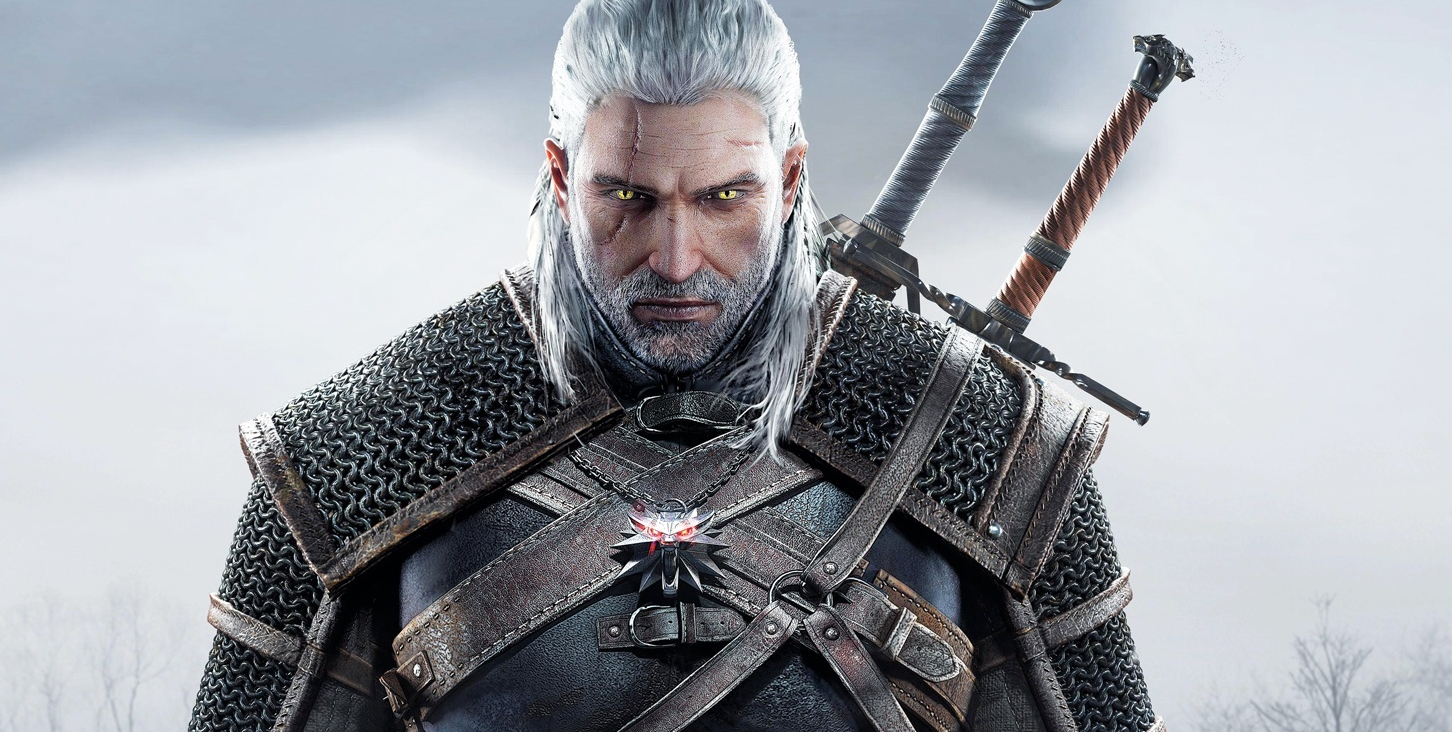 The Witcher series is being turned into an English language Netflix drama by CG visual effects company Platige Image S.A..

The Witcher series was spawned by Polish novelist Andrzej Sapkowski and has spawned highly successful (and wonderful) video games.

"I'm thrilled that Netflix will be doing an adaptation of my stories, staying true to the source material and the themes that I have spent over thirty years writing," said Sapkowski, who will service as a creative consultant, in an official release. "I'm excited about our efforts together, as well as the team assembled to shepherd these characters to life."

The show will be executive produced by Sean Daniel (The Mummy franchise) and Jason Brown (The Expanse). The Oscar nominated visual effects studio Platige Image S.A. is doing the show, but the official release doesn't specifically state if it's CG animated or live-action — or a mix of the two. No stills have been released yet, either.

We started production of the series based on “The Witcher” in coop. with @NetflixUS and SeanDanielCompany. Tomek #Bagiński one of the dir! pic.twitter.com/hYXWCHySOF

Previously, Platige Image S.A. has done cinematics for The Witcher games, which were directed by Tomasz Bagiński. He's also going to be one of the show's directors. Maybe that's a hint at what to expect? 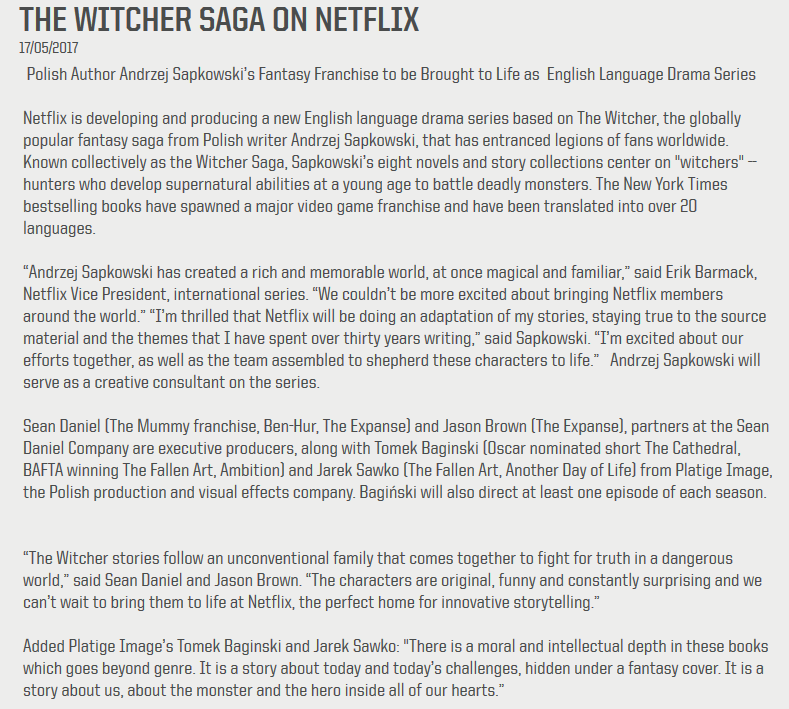