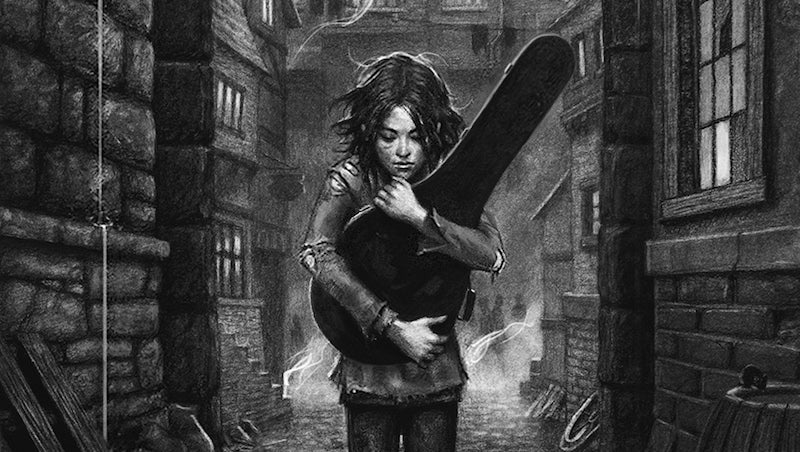 All illustrations by Dan Dos Santos.

I suspect the chances of your owning a copy of Patrick J. Rothfuss' The Name of the Wind are high. The author's debut novel, which launched The Kingkiller Chronicle trilogy, stunned pretty much everyone when it was released in 2007, becoming one of the biggest fantasy book series of all time. So when I tell you you're going to probably need to buy another copy of the book, let me promise you it will be worth it.

To tide us over until that happy day when Rothfuss will eventually publish The Doors of Stone and end the trilogy, DAW is re-releasing a deluxe, hardcover version of the novel for its 10th anniversary. The book will contain 50 new pages of special material, and a large portion of that will be illustrations from multiple Hugo Award-nominee Dan dos Santos. As a huge fan of the series, I'm pretty stoked to be able to give you the first look at a few of them: 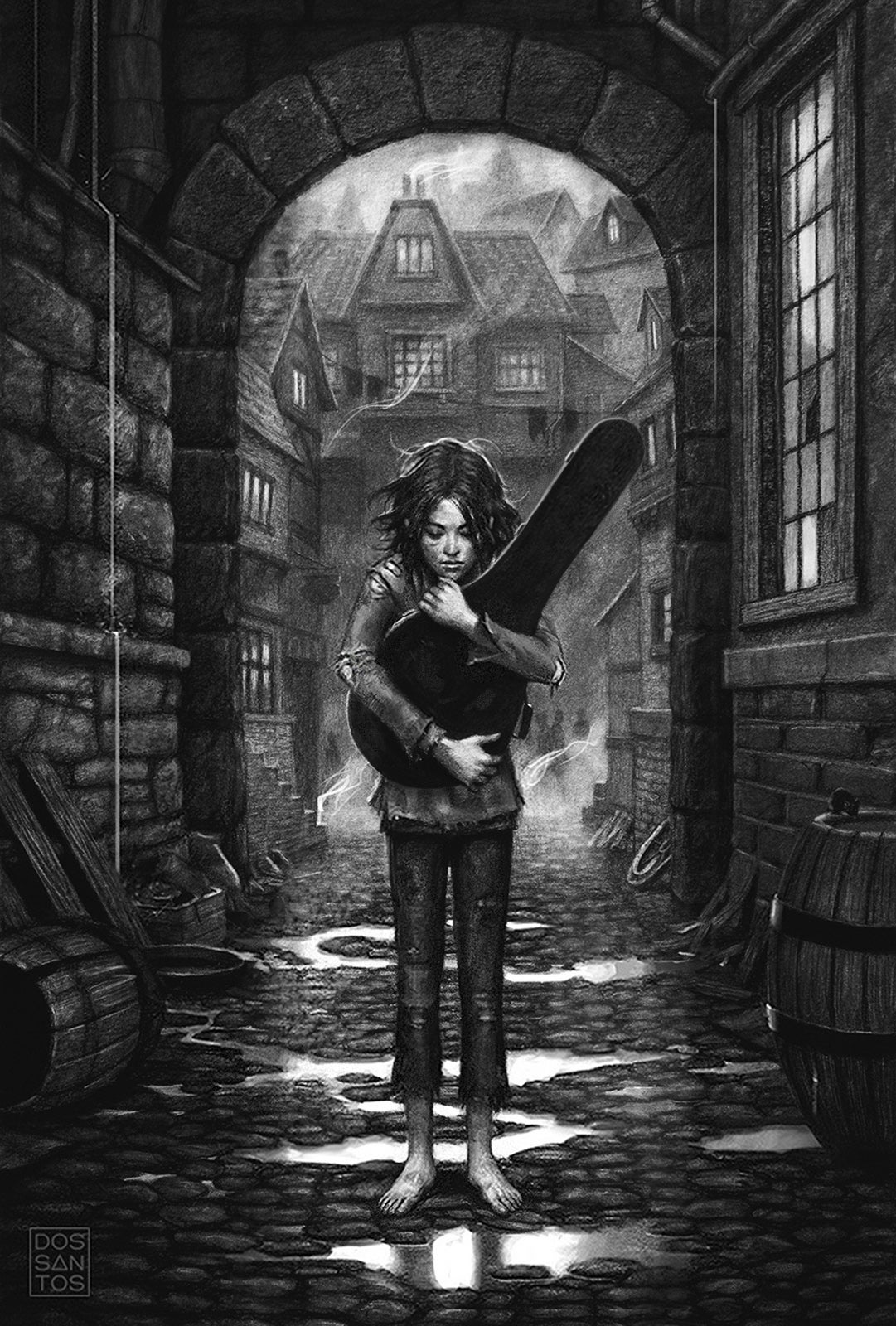 Here, the newly orphaned Kvothe enters the giant seaside town of Tarbean, carrying his father's lute and nothing more. 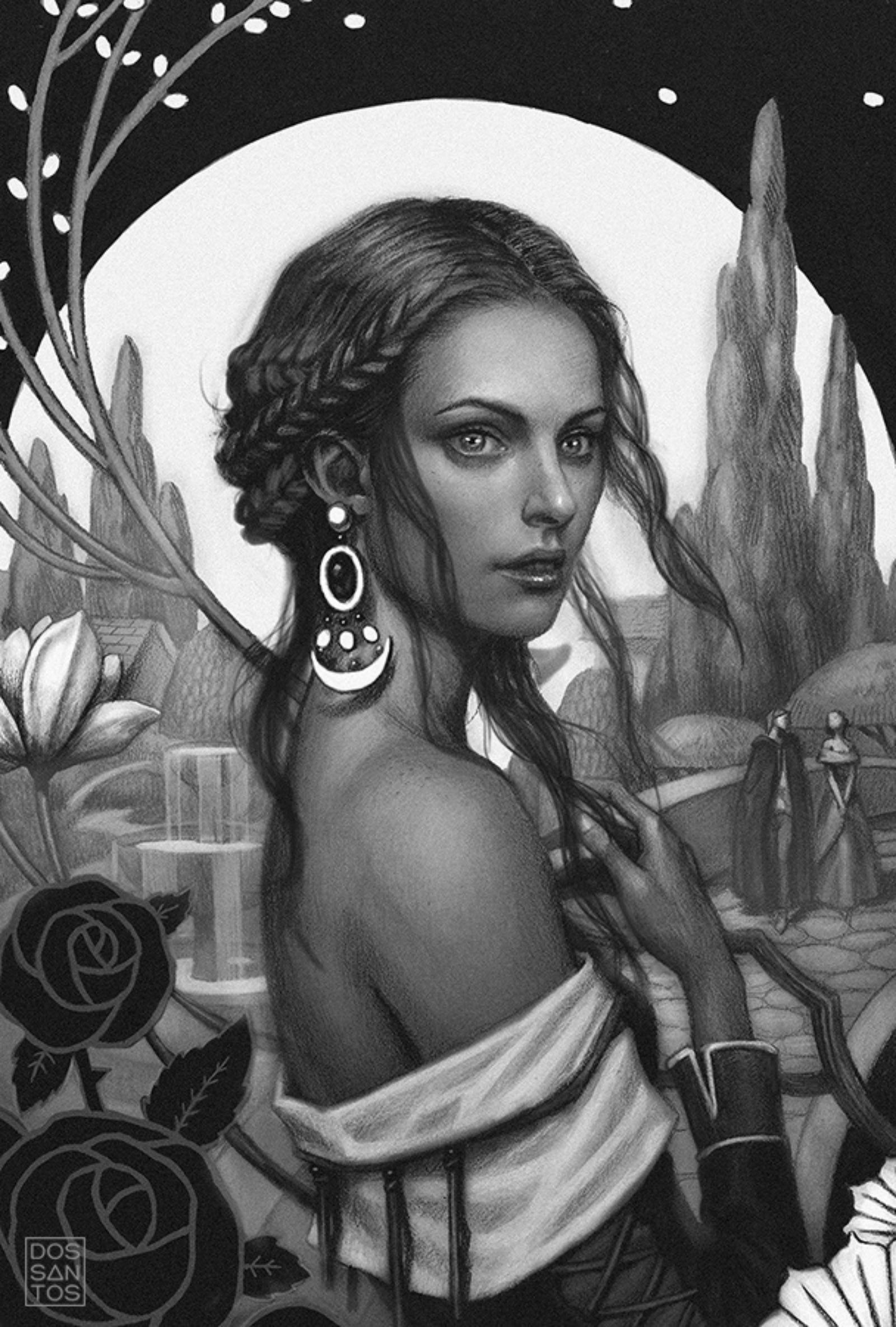 Here's Denna, who Kvothe falls in love with when he meets her on a caravan when leaving Tarbean (after several years as a beggar and thief). Denna is certainly Kvothe's love interest in the series, but it's no fairy tale romance, and Denna clearly has her own life and identity beyond the protagonist. It's one of the things that makes the book so compelling to me. 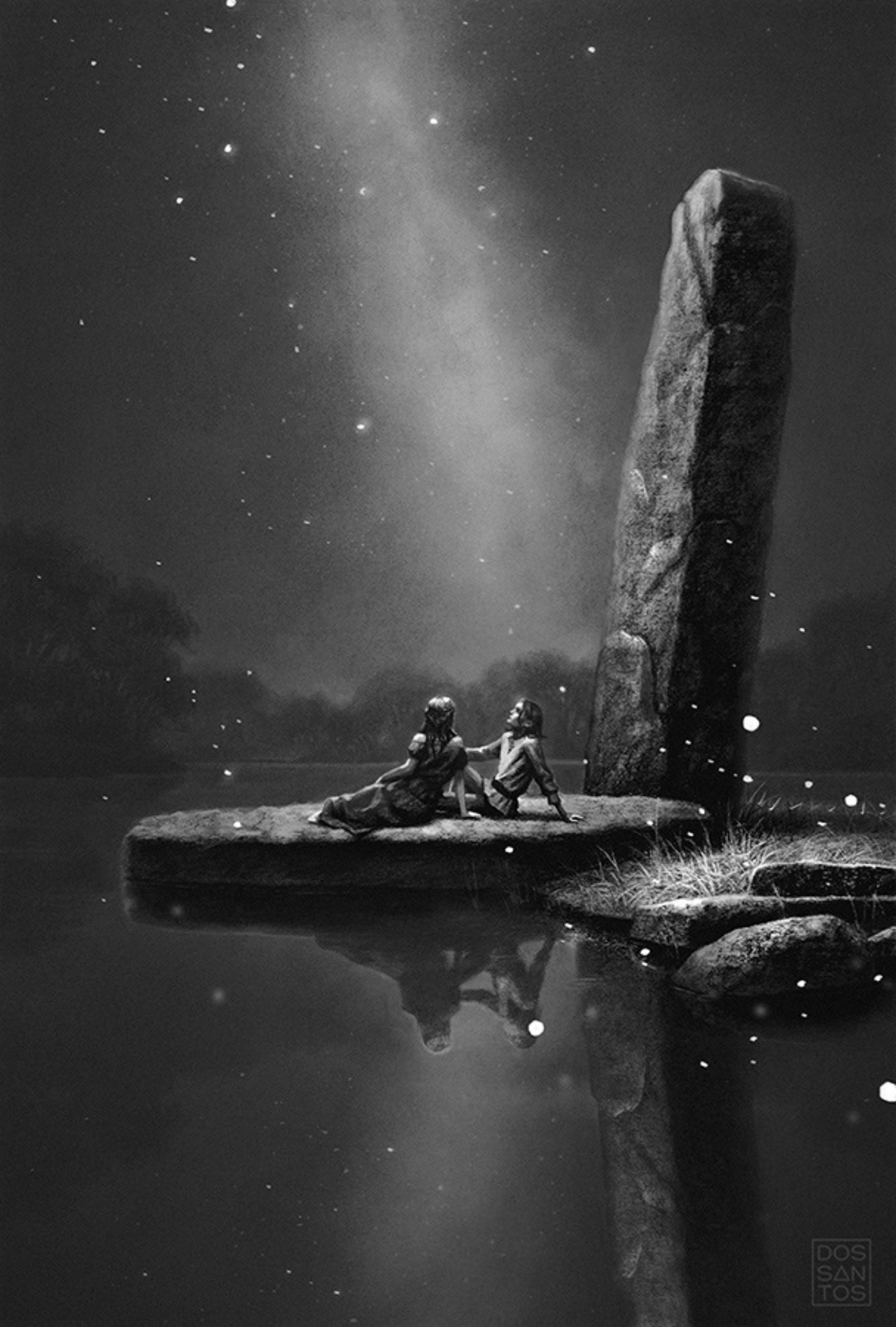 Here are Kvothe and Denna on one of the mysterious waystones that dot the land. When an older Kvothe investigates the mass murder of the attendees at a large wedding, he discovers Denna is the only survivor. I won't be spoiling anything to say that there's a bit more to it than that.

This deluxe edition will come out on October 3, 2017, but let me just add these books are so good I have literally lost sleep some nights thinking about what may happen in the final volume. Look, there's a reason after Lionsgate locked up the movie and TV rights than Lin-Manuel Miranda wanted on board. That man is busy as hell but can choose his projects, and he chose this. I definitely recommend choosing it too — unless you already have.