The Coolest Cosplay From Houston Comicpalooza 2017 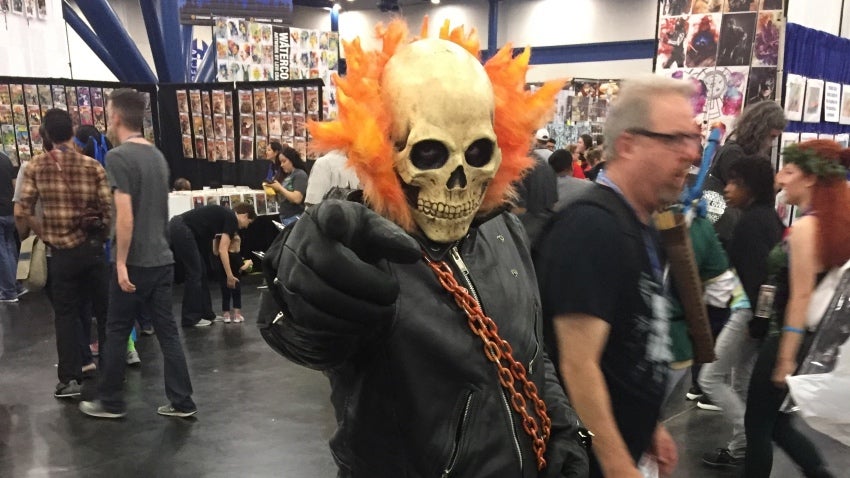 Houston Comicpalooza made waves in Texas this weekend, and Canada’s getting its cosplay on with the Toronto Comic Arts Festival. We were in Houston to check out some of the awesome cosplay coming out of the Lone Star State. And since none of us are in Toronto (and there’s always more cosplay than meets the camera), if you were at either of these events, we’d love to see some of the great cosplay you discovered!

90s Superman is too cool for squares (or at least square glasses).

Claptrap from Borderlands has got some sweet Vans.

The Nightmare Before Christmas crew is here to steal Mother’s Day.

Someone call the Doctor, Davros is loose again.

Is it really “Fair Play” when you’re way smarter than me, Mister Terrific?

Nightwing and Starfire cozying up.

These DC Grannies are my heroes.

Han Solo takes his Tauntaun for a daily walk. You know, before killing him for warmth.

Lobo hunts for his next bounty.

Two Harleys are always better than one, at least for the Joker.

Sabretooth may not have been in Logan, but at least he’s in our hearts.