Sorry Folks, Luke And Leia's The Last Jedi Reunion Is Still A Mystery 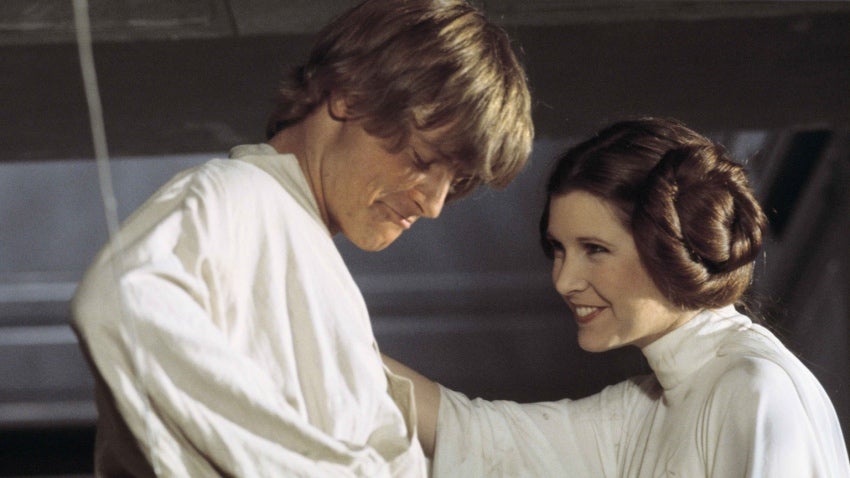 Rumours have been circulating for months that Luke and Leia would finally reunite in Star Wars: The Last Jedi, thanks in no small part to their touching Vanity Fair portrait. Our collective hopes skyrocketed when it appeared Star Wars expert Pablo Hidalgo revealed their reunion in the upcoming film — but according to Hidalgo himself, that's not true at all.

Appearing at Comic Con Chile over the weekend, Hidalgo reportedly confirmed that Luke and Leia have a scene together in The Last Jedi, bringing the characters together for the first time in years. According to an article in Prensa Imperial, and reported by other news outlets, Hidalgo wouldn't go into any details about what that scene entails, but the reveal alone was enough to rouse the audience into thunderous applause. io9 reached out to Hidalgo for confirmation, where he told us he was merely referring to the actors' reunion in the Vanity Fair photo.

@BethElderkin But nothing more specific than that, unless I misspoke or something got lost in translation.

That doesn't mean they're not going to reunite, especially given all the rumours that have come out of production. It just means that, if true, they're not ready to share that information yet. It makes absolute sense that Luke and Leia would see each other by the end of the film. And given Carrie Fisher's untimely and tragic death, it would be heartwarming to know that her final Star Wars film brought her together with Mark Hamill, two amazing actors who've shared decades together.

Hidalgo also denied that he revealed Phasma will be unmasked in the film, saying he was referring to Gwendoline Christie's Vanity Fair cover — though again, that doesn't mean it doesn't happen in the film.

He did confirm with us that the hand we seeing perusing the pages of the Jedi books in the teaser was Luke Skywalker's, who wears a brown glove on his robotic hand. However, most of the other reported reveals were either cases of mistaken translation or loose interpretation.