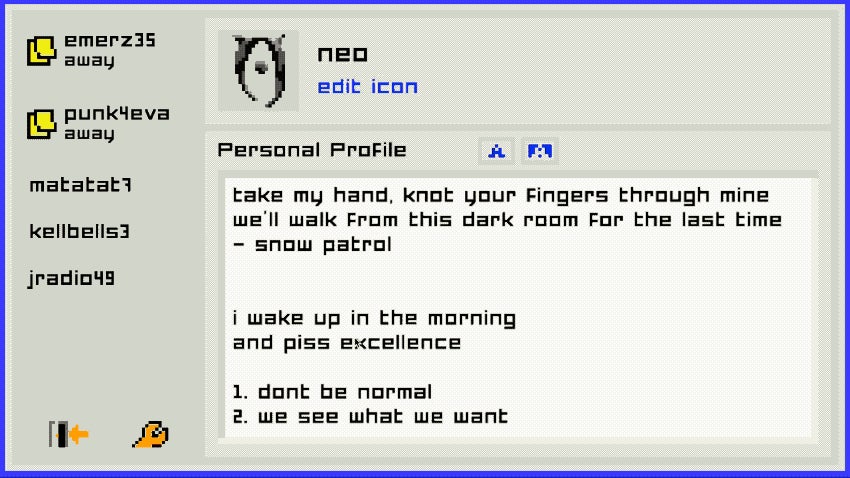 Ah, the good old days of early 2000s internet, when you could easily share copyrighted music on YouTube, Facebook poking was still a thing, and Instant Messenger could make or break a friendship.

Emily Is Away Too, the sequel to the indie video game hit Emily Is Away, updates the game from its AOL-esque roots to something that resonates more with Millennials who grew up in the early days of social media. The game does an amazing job recreating the look, feel, and tone of a teenage girl's Windows XP-enabled computer, circa 2004 to 2006. I really felt like I was in my late teens again, chatting online with best friends Evelyn and Emily... and trying really really hard not to make them mad. 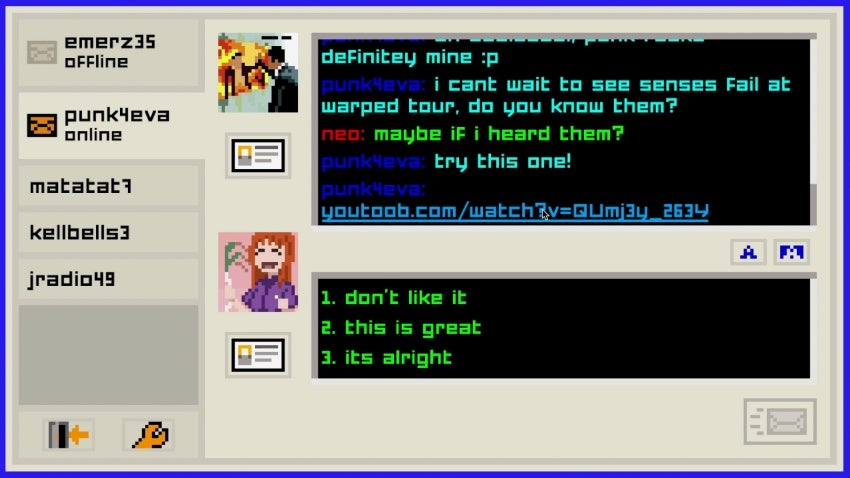 Unlike the first game, which stuck mostly with an AOL-style instant messenger, this game interacts with your entire computer. You're given a retro background image to put on your desktop, and friends will send you chat logs and pictures that autosave on your computer. Plus, anytime one of your friends sends you a link to the latest "YouToob" meme or their "Facenook" page, it opens in your web browser.

Creator Kyle Seeley did a top-notch job with the design of this game. It was surreal reliving what my early Facebook profile looked like — back when you shared your favourite quotes and movies on your homepage, and being in a friend's Top 10 box was the highest badge of honour. 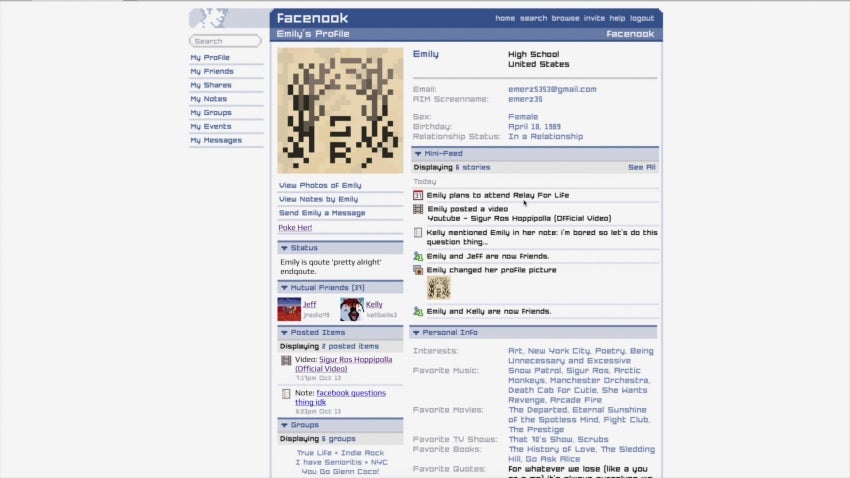 Emily Is Away Too is available on Steam for $US4.99 ($7), and I highly recommend checking it out. Even if you're not a fan of text-based games, which is mostly what this is, you're sure to have a good chuckle over how weird social media was before Google and Facebook became multi-billion dollar corporations slowly absorbing the planet into their collective digital core. Now, where did I store my damn Dashboard Confessional download from Napster?