In Injustice 2, The Joker's Crowbar Means Nothing To Jason Todd 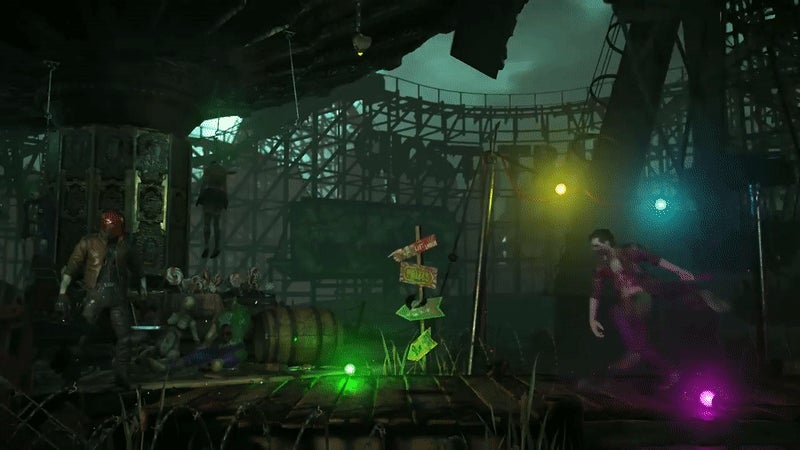 Before he became the Red Hood, Jason Todd met a grisly fate at the hands of the Joker in the iconic A Death in the Family storyline, including a horrifying beating with a crowbar. At least now in Injustice 2, Jason can enact some justice (both poetic and physically) against the clown prince of crime as payback.

Jason has been announced as the first character coming to the game after launch, joining Teen Titan Starfire and Mortal Kombat's Sub-Zero as part of the first wave of new fighters. Dressed up in his Red Hood attire, you can see him in action in a new trailer below — fighting current successor to the Robin mantle Damian Wayne, Batman, and of course, the Joker himself.

It's immensely satisfying to see Jason school Joker, and he has some nifty tricks up his sleeve to do so, from a series of fancy pistol moves, to grenades and tasers for when he gets up close. There are even some surprisingly goofy moves in there, like the moment Jason tries to fire a pistol, fails, and then just decides to bounce it off the head of victim for good measure. All in all, he looks like a fun character to play.

In other Injustice news, you can now attempt to earn gear for the game's vast customisation system based on Diana's look in the new Wonder Woman movie, as part of a special event.

I'm not sure selling the movie with this version of Diana — who is basically a bloodthirsty maniacal tyrant who continues to support arsehole Superman's evil regime — is the best idea, but still, it's the closest you'll get to beating the snot of out of Cheetah, Braniac and other DC characters while dressed up as Gal Gadot, which is pretty damn cool. Injustice 2's Wonder Woman event is available now, while the Red Hood is due to arrive as downloadable content some time in June.