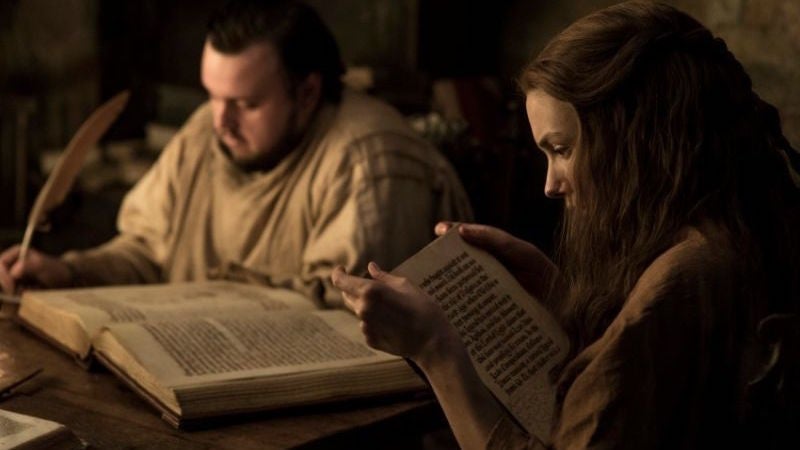 HBO is preparing for the eventual end of Game of Thrones by developing not one, not two, not three, but four spinoffs set in that world.

While we’ve known for a while that there was a possibility of a prequel series, this is a lot more of a commitment than we’d previously heard. According to IGN, David Benioff and David Weiss will be on board all four of the projects, with George R.R. Martin helping to write two of them. Jane Goldman (Kingsman: The Secret Service) and Carly Wray (The Leftovers) each have a project with him. The other two shows will be written by Max Borenstein (Kong: Skull Island) and Brian Helgeland (LA: Confidential).

The big questions are still if the magic ingredient in the original show was Benioff and Weiss’ writing — and when and where exactly the four spinoffs will be set. One at least is presumably the prequel series we’ve heard so much about, and for which there’s already existing material that can be mined. The Dunk and Egg stories and Robert’s Rebellion are pretty obvious choices, but we’ll have to wait and see.

We also have no idea exactly when we can expect to see these shows. If the break between this upcoming season and the final one is long, maybe one will start airing then. Almost certainly HBO won’t want that long to pass between the finale and a new show. Variety confirms all this information and has a spokesperson for HBO saying, “We’ll take as much or as little time as the writers need and, as with all our development, we will evaluate what we have when the scripts are in.” So we could get all the shows or one or, really unlikely, they could reject them all and go back to the drawing board.

Go ahead and speculate wildly in the comments about what you want to see or what you worry they will do instead of that.