We’ve Worked Longer Under Lockdown and I Guess Some of You...

This character creepily looking down at my blog is the star of Raised by Wolves. (Image: HBO Max)

Ridley Scott’s Raised By Wolves Is About to Become Your Most...

UCLA Researchers Will Use Apple Gadgets in Study to Detect and... 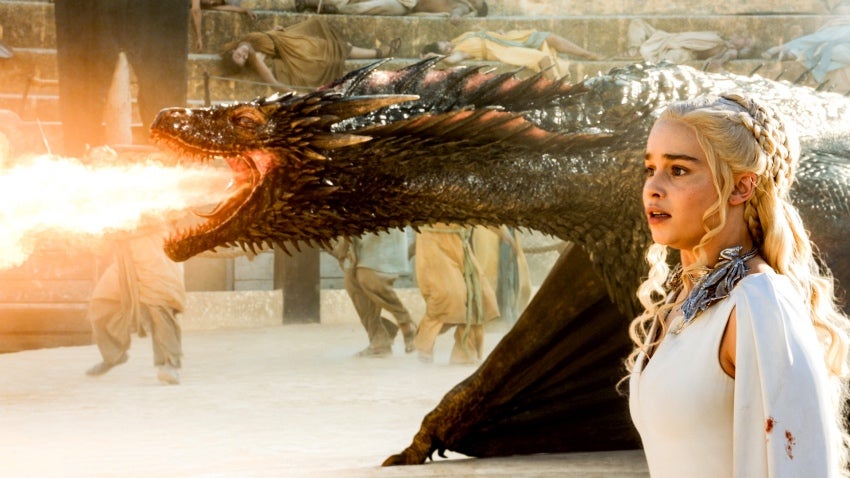 Game of Thrones isn’t one to shy away from gutsy stunts, whether it’s the epic horse skirmish in “Battle of the Bastards”, or that stupid thing where we all watched ice melt to find out when season seven was coming. But all of them pale in comparison to what may be considered GoT‘s craziest stunt, which probably broke a world record… for setting people on fire.

At a press event for May 20’s The Night’s Watch training camp (sorry, only open to UK residents), Game of Thrones stunt coordinator Rowley Imran dished about the riskiest stunt his team has pulled so far. It was during the season five episode “The Dance of Dragons”, when Daenerys and her court are surrounded by the Sons of the Harpy at the Great Pit of Daznak. 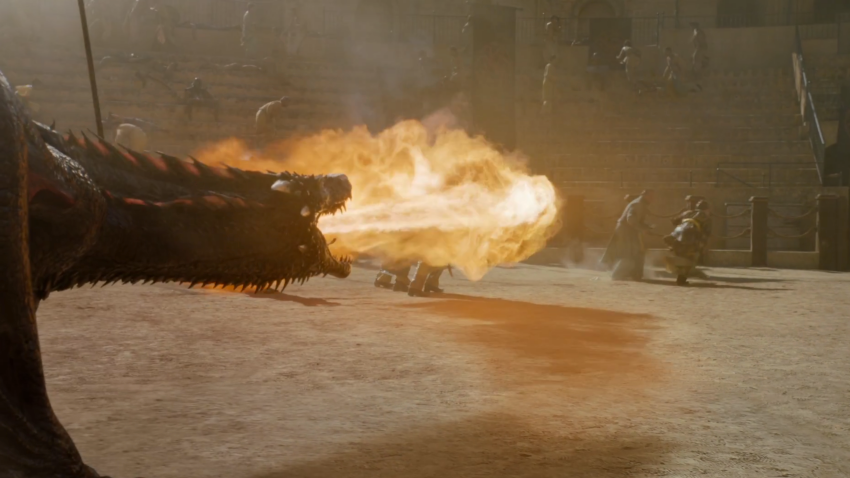 Just as they’re about to die, Drogon comes in like a boss to defend his mama, scorching dozens of enemies before whisking Daenerys away to safety. According to Imran, this stunt resulted in a lot of guys (safely) getting their faces burned off. This was largely thanks to a 14m flamethrower, which director of photography Rob McLachlan previously explained was put on a Technocrane, which had a telescoping head so it could pivot, swing and turn, just like a dragon’s head… ensuring a ton of stuntmen and stuntwomen would get properly toasted.

“We set fire to 20 guys in one day, and we used a 45-foot flamethrower that was on a motion-control crane. So we could do motion control of the dragon,” Imran said. 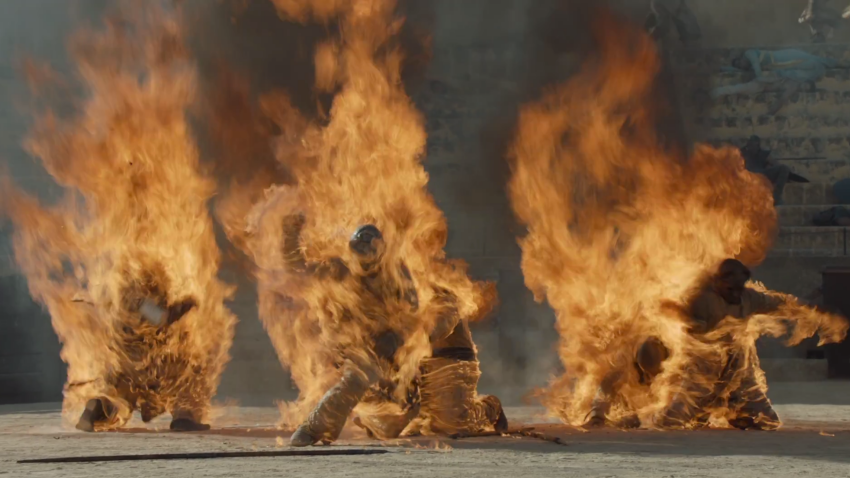 Series weaponsmaster Tommy Dunne added that it probably broke a world record, which Imran agreed with. “Yeah, I think that was pretty much the most people set on fire in one day, definitely on TV if not on film,” he said. Of course, they added that all of it was done in perfect safety, adding that most of the injuries are on are accidental nicks or cuts from swords. No one actually got charbroiled from Drogon’s reign of fire… at least, not yet. After all, Game of Thrones returns for its seventh season on July 16.

[Radio Times via Watchers on the Wall]