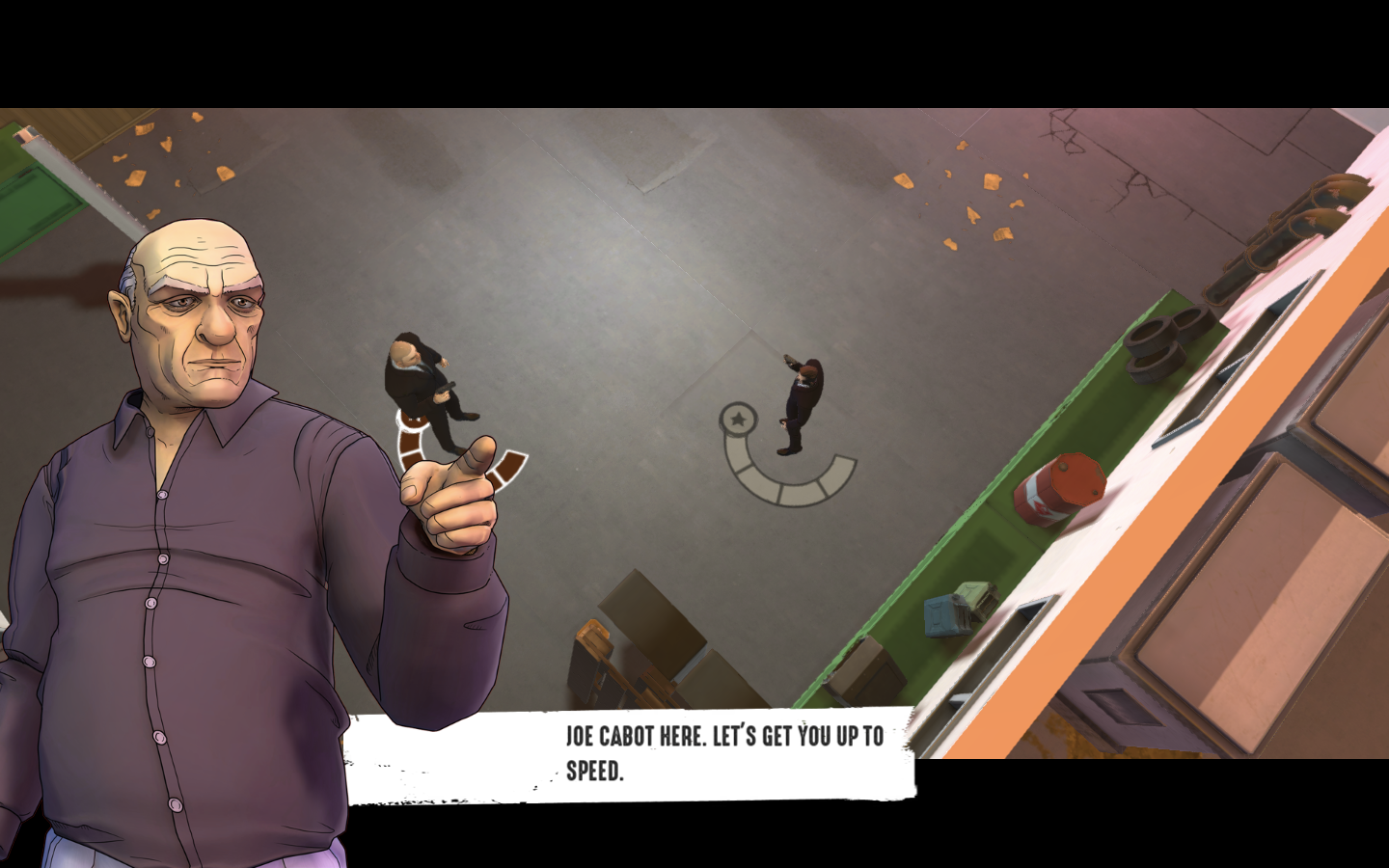 The new Reservoir Dogs video game Reservoir Dogs: Bloody Days is occasionally fun. But every time I felt myself enjoying it, a little voice would whisper to me, “You could just watch Reservoir Dogs.”

Bloody Days‘ biggest challenge was convincing me not to exit the game and go watch the 1992 Quentin Tarantino film on which it is based. It successfully overcame that challenge for two hours, after which I finally just bought the movie. I only watched the first 10 minutes, but just that small segment delivered what Bloody Days had been attempting for hours: Transgressive humour, stylish violence and distinctive characters. There’s a lot to be said about Tarantino’s strengths (visual storytelling) and weaknesses (feet). But there’s a reason university students keep having their mind blown by this film.

There is nothing mindblowing about Bloody Days. It’s a top-down shooter that asks you to collect all your reservoir dogs and go do heists. OK, sure. It isn’t bad, gameplay wise. It’s a little boring, and it often substitutes bigger and bigger hordes of enemies for any sort of interesting challenge. But it does have some neat ideas. In particular, it relies on a rewind mechanic that allows you to play through a segment as one character, and then with a press of of a button, rewind time. You then play through the same segment while controlling another character. When it works, it feels smart and board game-y, like you’re strategically placing your characters and fooling the cops into getting trapped in your bottleneck. When it doesn’t work, it quickly becomes frustrating. Rewinding time becomes just another dumb thing you need to deal with in a mostly uninteresting game.

Every loading screen has a different Reservoir Dogs quote on it. Not even memorable ones, sometimes: 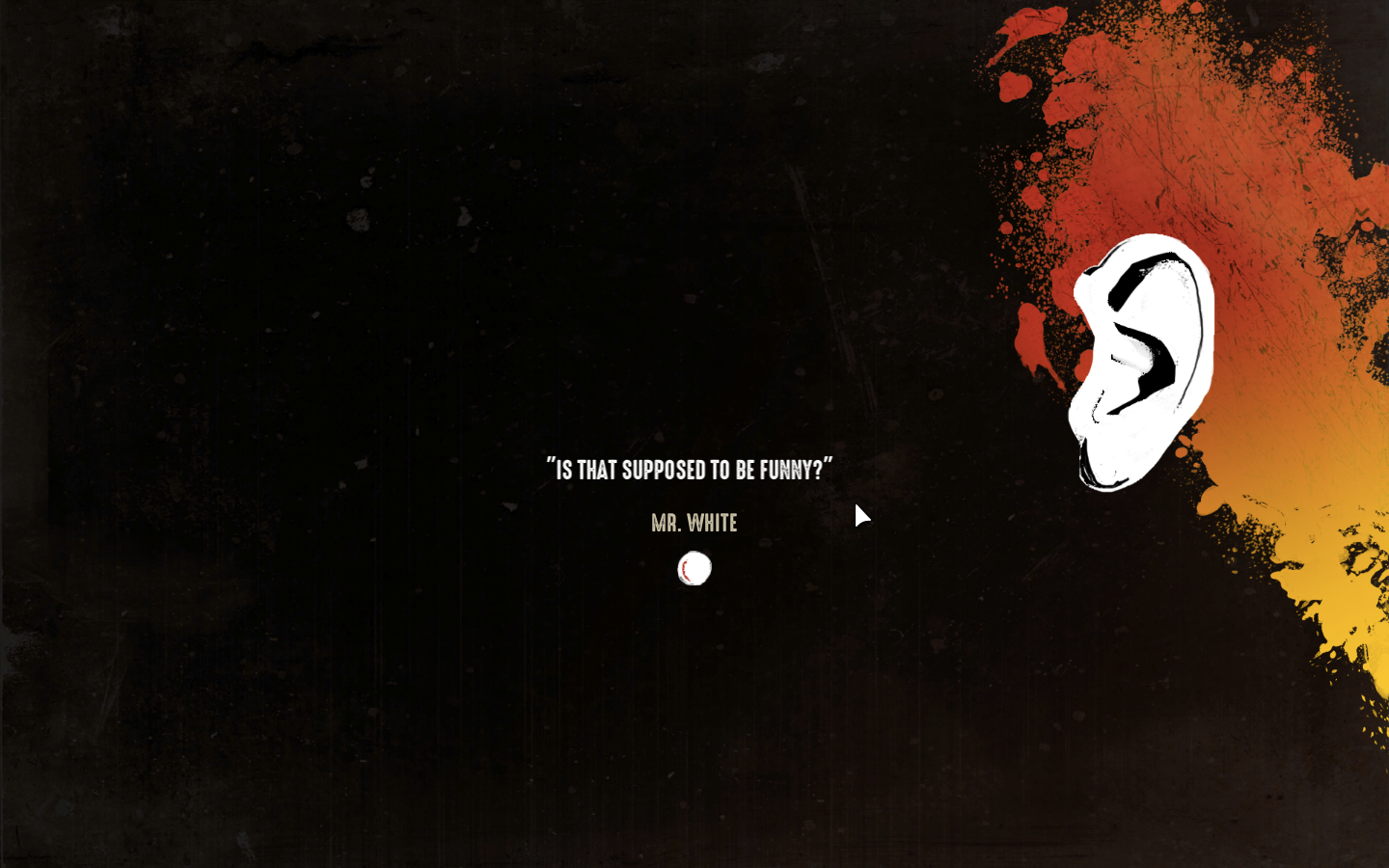 The game notably doesn’t have the likeness of the actors who starred in the original movie. In the film, Tarantino himself played Mr Brown. Tarantino is a weird, lanky dude with a head shaped like an upside-down triangle. Here’s Mr Brown in the game: 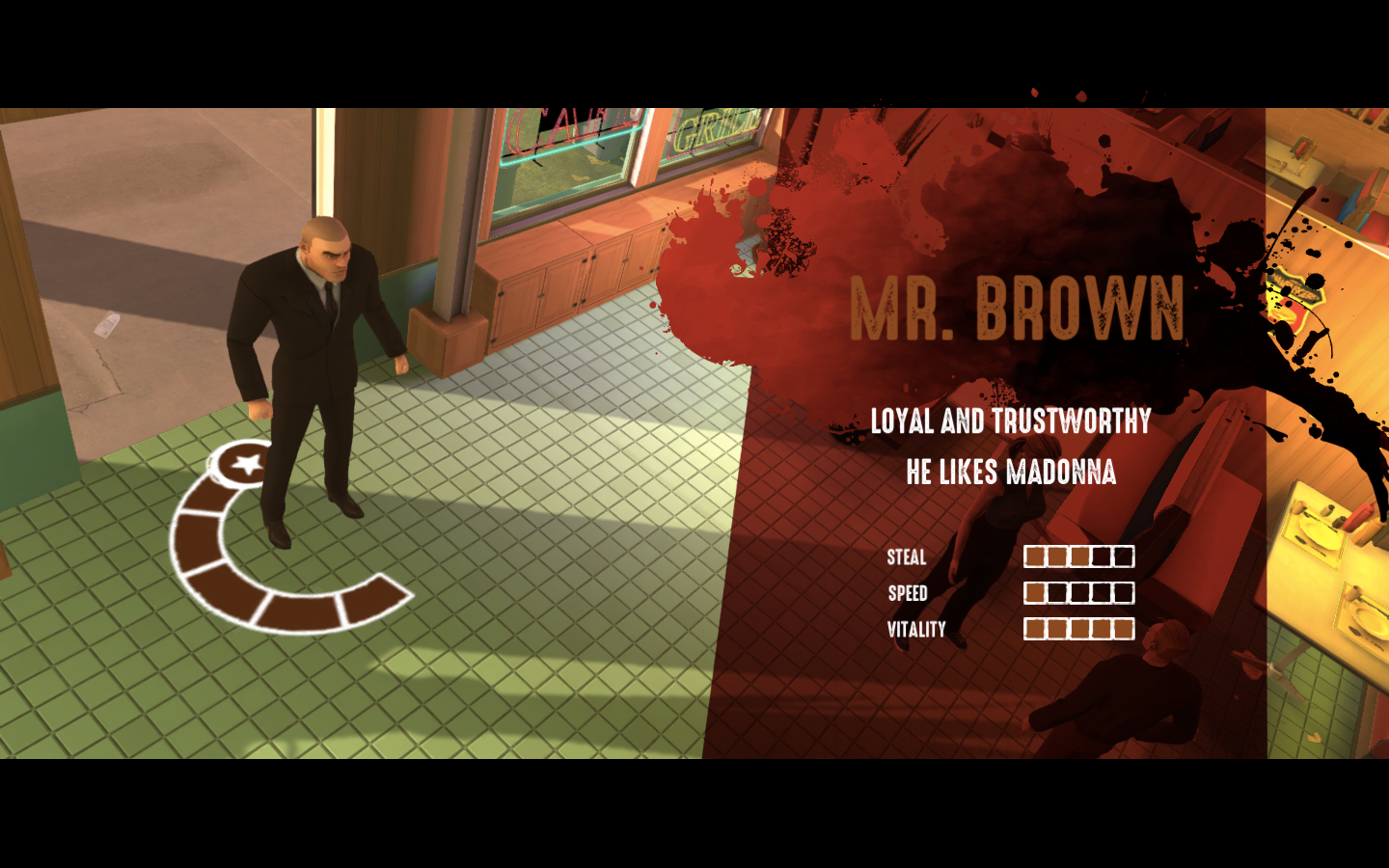 Bloody Days is certainly bloody. You will shoot a lot of people in this game. You will keep shooting them long after shooting them stops being fun. You will think you’ve finished a heist, only for even more cops to show up. Time to shoot them, too. 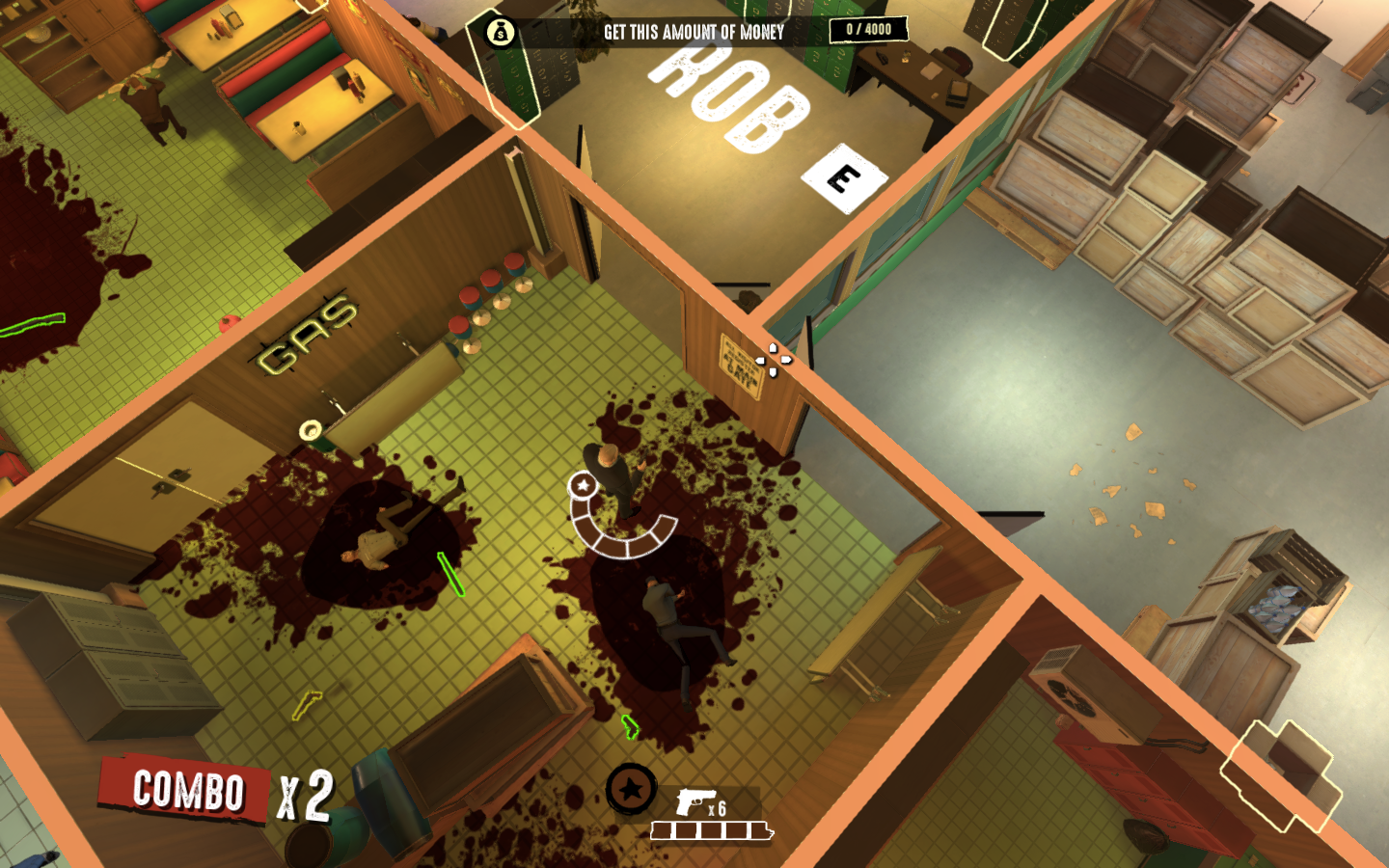 The restaurant in which the tutorial level takes place has an absurd amount of back rooms, but no kitchen.

The body count may be higher, but the game consistently lacks the rhythm and grace of the violence from the source material. Reservoir Dogs was a bleak, bloody film, but it wasn’t violent for the sake of being violent. Its violence explained who these characters were, how they felt, and what the stakes were. Almost all of Tarantino’s strengths as a filmmaker are on display in this first movie, and his confidence in directing action left an impact on audiences and critics in 1992.

There are moments where Bloody Days comes together, but even its best ideas would be better in a different game. I might have enjoyed Bloody Days a little more had it not been branded as a Reservoir Dogs game. But because it is, I was regularly reminded of how many opportunities it was missing. I kept thinking of the things I liked about Reservoir Dogs, mostly because of their absence.