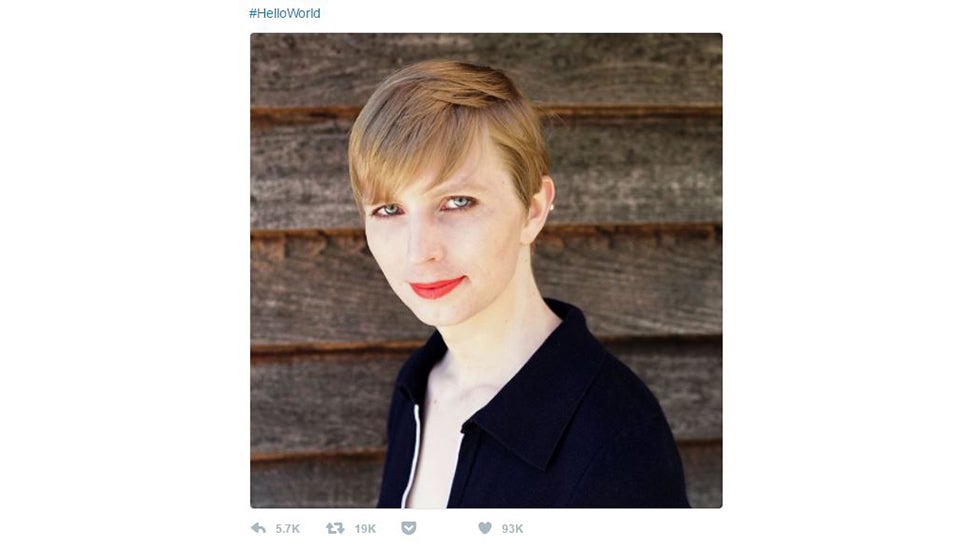 After seven years in a military prison, Manning was free on May 17. And over the last few days, her social media posts have been reminding us of the good old internet, before logging on meant bracing yourself for news of the next disaster.

To let the world know that she was no longer living life in debilitating solitary confinement, she tweeted a pic of her new shoes.

Yeah man, it was the go-to complaint of curmudgeons who didn't want to use Twitter. "It's just a bunch of people tweeting about their lunch." Hell yeah, it was. Lunch is good. Pizza is good. Pizza after spending the last seven years in prison is really good.

After pizza, it's time for some bubbly.

Aside from images of her being taken to court proceedings, the press has pretty much only had one photo of her. So, the next day, Manning put up an image of herself looking her best.

Its the freakin #weekend! Chillin with my peeps playing Forza pic.twitter.com/CPGKJDoUtH

Twitter asks "what's happening?" when you compose a new tweet. Everything is so awful that it's easy to take that to mean "what's happening to this godforsaken planet?" It was cool when social media was a little more mundane. It was friendly. It was simple. Sometimes all that's happening is some kick arse video games.