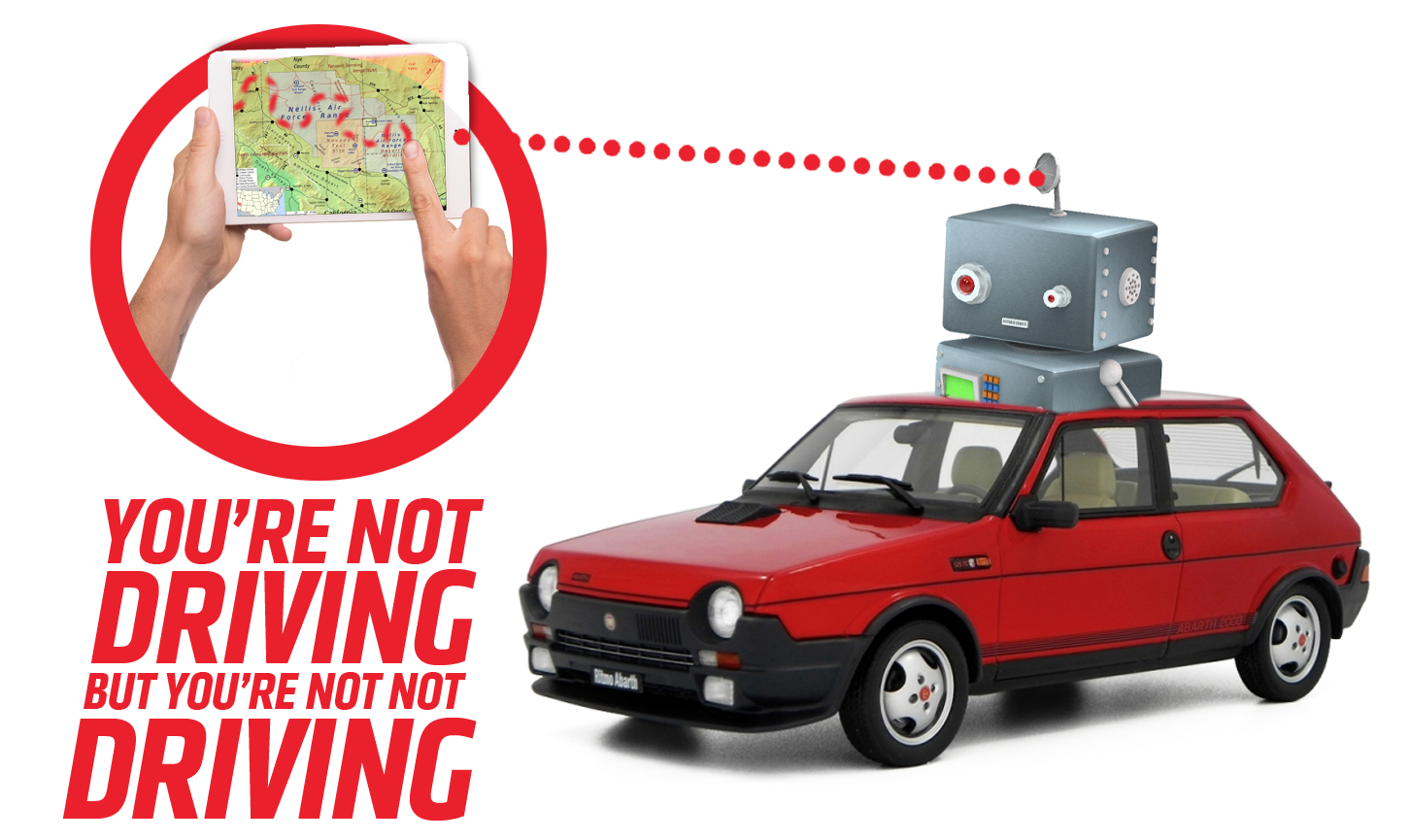 The more I think about autonomous cars, the more questions I have. And sometimes these questions can get pretty surreal. For example, the latest question I had sounds, on the surface, like a paradox: how should an autonomous car let us get around without completely limiting our freedom to wander and find new places?

There’s all kinds of reasons why we drive to general areas, not specific addresses, and that’s not really how autonomous cars work.

In a conventional car or in an autonomous car with the ability to be human-driven, the answer is easy: a human just takes over the driving. But what about when there’s fewer and fewer people who still know how to drive? I feel like we could end up in a world where most people don’t know how to drive quicker than we realise, especially if we look at how rapidly once widely-held driving skills like being able to use a clutch and shift gears have eroded away.

So this brings us to the problem: how does a person who can’t really drive “drive” their autonomous car, that may not even have conventional driving controls?

Currently, most car companies are still thinking about autonomous cars in terms of the near-future: the cars are still very clearly cars as we currently understand them, and the autonomy, when it’s ready, will likely be something that isn’t necessarily constant; there will still be conventional driving controls for when the car’s occupants need to drive manually.

A notable exception to this is Google, which has been testing cars without any sort of manual driving controls, something which I believe the longer-term future of autonomous vehicles will be like.

While having conventional driving controls makes sense for the near-term, as autonomous cars become more and more common, it becomes less and less likely many, many people will be interested or even able to drive a car manually.

And yet, there will still be situations where something like manual driving will be needed. Not every trip we take in our cars has a specific and set endpoint; this has been one of my issues with an eventual nearly all-autonomous future for a long time.

The nature of autonomous car travel is that you get in the car with a specific ending location in mind, and tell the car to take you there. But what if you’re not sure exactly where you want to end up? What if you have to, say, go to a neighbourhood, and then drive around for a while looking for a specific place without knowing the exact address?

I think the solution is that autonomous vehicles will need some sort of “real-time piloting” mode. Essentially, the car will be doing all the driving, but where the car will be driving will be fed, in real time, from one of the passengers in the car.

Since we can’t expect anyone in that car to actually know how to drive, we can be pretty open with the controls used. It could be a joystick, buttons, a touch-screen or tablet, where a driving path is drawn over a map display, hell, even barked voice commands, like they’re shouting to some despondent chauffeur, really, almost anything.

The car’s autonomous driving computers would handle all the usual stuff — lane-keeping, collision avoidance, acceleration, braking, etc. This would be, effectively, absolutely skill-free driving. The car would keep the passenger-pilot from doing anything stupid, like driving off a pier or running over cyclists, but the car wouldn’t actually be in control of where it was going.

In the end, whatever this mode ends up being called — piloting, real-time guidance, undriving, dipshit driving — I think we’ll find it’s actually very useful, even if, so far, I’ve yet to find an autonomous car maker suggesting anything like it.

There’s, of course, all kinds of issues here: if you’re ‘piloting’ an autonomous car, would you need to be licensed, since you’re sort of in control of the vehicle? Would you need to take some kind of dumbed-down driver’s test?

I don’t think so. Because, essentially, you’re still not really “driving” and what you’re doing is the same as giving the car a final address to go to, you’re just giving many more, incremental ‘addresses’ as you pilot the car.

The car is still the one obeying traffic laws and watching for obstacles and other drivers and all safety concerns; the pilot is just providing a stream of navigation data, and those locations can be overridden by the car if they violate traffic laws or safety concerns or whatever.

I can see this sort of mode becoming so well known that many many decades in the future, idiot kids will grow up thinking that cars being controlled like that was what driving was.